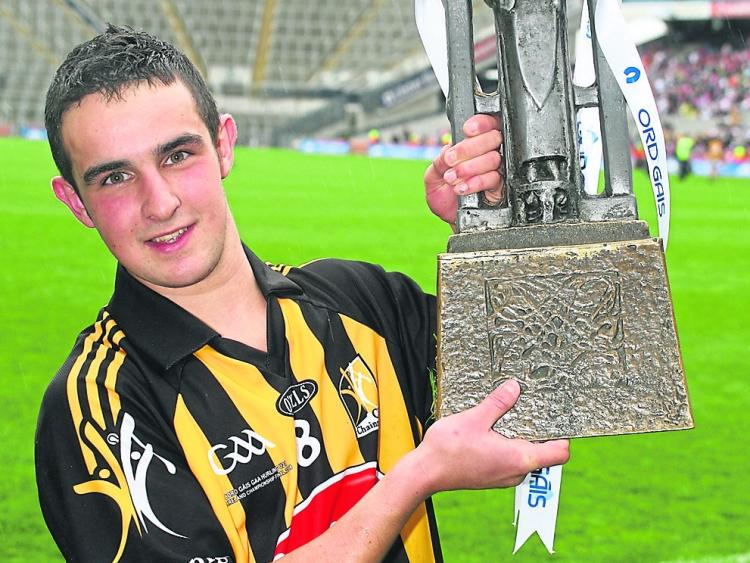 See that nice table? There’s one column in it that jumps out with a spring that would have done credit to Bob Beamon. The final column. The one pertaining to a county that haven’t lifted the MacCarthy Cup since 2005.
So here’s a question for you.
If Cork, with their history and tradition and playing resources, could fail to win a single All-Ireland title in the main grades in the 2010s, is there even the remotest possibility that Kilkenny – with their history and tradition and much smaller playing resources – might similarly fall of the hurling map in the 2020s?
Yes, I’m being dramatic. Clearly. Yes, I’m being sensationalist. Clearly. But remember, nobody ever sees a famine coming.
In 1968 Wexford won the All-Ireland senior and minor titles, with St Peter’s capturing the colleges crown. Who could possibly have visualised that it would take the Purple and Gold 28 years to be senior champions again (and 51 years and counting to be minor champions)?
Tipperary’s famine lasted from 1971 to 1989. Limerick’s lasted from 1973 to 2018. Cork have beaten their own 1954-66 famine. Counting the 1959 replay, Waterford contested four All-Ireland finals between 1957 and 1963. They’re still waiting for their next MacCarthy Cup success.
Now ponder this small point of reference.
Cork didn’t win a single All-Ireland under-21 title in the noughties and haven’t done so since 1998, a failure which contributed to their failure to win an All-Ireland senior title in the 2010s. Kilkenny didn’t win a single All-Ireland under-21 title in the 2010s and haven’t done so since 2008, a failure which… Well, at the very least it’s something that will not and cannot conduce to their chances of All-Ireland senior glory in the 2020s.
Kilkenny are Kilkenny, you may respond. They’ll never be a million miles away in a given year. Fair enough. Yet Cork are Cork, or so one would have always said, and much good that’s done them lately.
The latter have made big strides to try and make up lost ground, revamping their under-age structures and installing a High Performance Manager, Aidan O’Connell, who came to them from Munster Rugby and who sees his task as “driving standards and processes so that you’re creating a culture of excellence”.
Check out this quote from Dónal Óg Cusack, who’s been welcomed back into the fold on the under-age side. “The ship is turning in Cork. When I met with the board it was very clear they want a long-term vision, everybody moving together. Culture needs to continuously change. No challenge, no future.” Expect Cork to return to success at minor and under-20 level in the coming years.
Keep Up with the Joneses
Do Kilkenny require a High Performance Manager or a Director of Hurling? They shouldn’t feel the need for one just to keep up with the Joneses. Equally, neither should they regard themselves as being above the need for one.
No apologies for being alarmist here this week. To scream at one’s own shadow is not a sign of paranoia; it is a sign of positive mental health. Never forget that the Cody empire was built partly on dissatisfaction, or at any rate on refusing to settle for what one had, and on the compulsion to constantly look in the mirror and constantly challenge oneself to do better.
Reasons to be cheerful about the Black and Amber’s prospects over the coming decade, then? Here’s a few.
* The fundamentals – a healthy club scene and a collective mindset geared to success, at every level from County Board executive downwards – remain present and correct.
* There are now any number of plausible successors to Brian Cody, whenever he departs.
* Not only was the UPMC sponsorship of Nowlan Park a coup for the County Board and a sign they’re not letting the grass grow under defeat, there are no financial problems on Noreside – unlike on Leeside - to potentially suck the air out of the room here for the next few years.
* No county outside of Galway, who for a number of reasons remain sui generis in the grade, have done as well at minor level of late as the boys in stripes.
* The appointment of Michael Rice and Peter Barry as under-20 selectors with manager Derek Lyng is likely to be the start of a process that sees a number of heroes of the Cody era take on the running of Kilkenny under-age outfits, with concomitant new thinking and sky-high standards.
* Finally, if the decade fails to throw up a dominant team, as the 1980s and 1990s did, then Kilkenny’s chances of nipping in for an All-Ireland every few years will be so much the stronger. Any number of reasons to be cheerful. Any number of reasons to be wary.