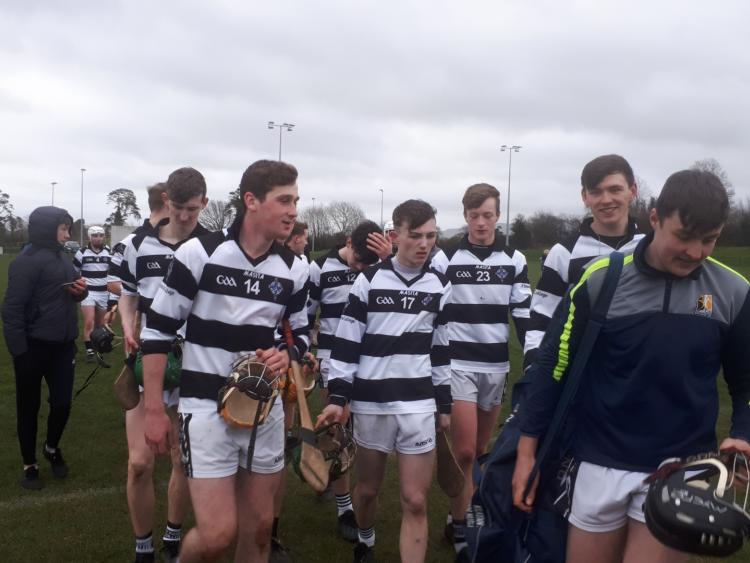 Defending champions, St Kieran’s College played well without ever going beyond that level, but they did enough to guarantee themselves a place in the All-Ireland series of the post primary schools senior hurling Roinn A championship.

The initial prize for beating Good Counsel, New Ross in this Leinster semi-final at windswept Fenagh today was a place in the provincial final against Kilkenny CBS or Colaiste Eoin, Dublin in two weeks time. The latter pair play the second semi-final in Portlaoise on Wednesday next (2pm).

The losers in Leinster final still make the All-Ireland series, so St Kieran’s have at least two more matches ahead of them.

Good Counsel had first use of the strong wind shooting right down the field, but they never really made the advantage pay. With roving full-forward and free taker, A.J. Redmond doing most of the scoring the ‘Counsel did get 0-5 to 0-1 clear by the 15th minute.

St Kieran’s worked hard all over the field, and with nice points from Conor Kelly and Cian Kenny, they got right back into contention. At half-time they had the arrears back to 0-5 to 0-7, after Kelly contributed four scores.

In the early minutes of the second half Kenny and Redmond swopped points, but when Kenny swooped for a terrific goal in the 34th minute the winners jumped in front for the first time, 1-7 to 0-8.

Good Counsel chased hard from there to the finish, and when Redmond rifled over a free in the 59th minute they had the gap back to a single score (1-12 to 0-12). The winners drove on strongly, and injury-time points from sub Jamie Harkin and defender, Pádraic Moylan got them home with a bit to spare.