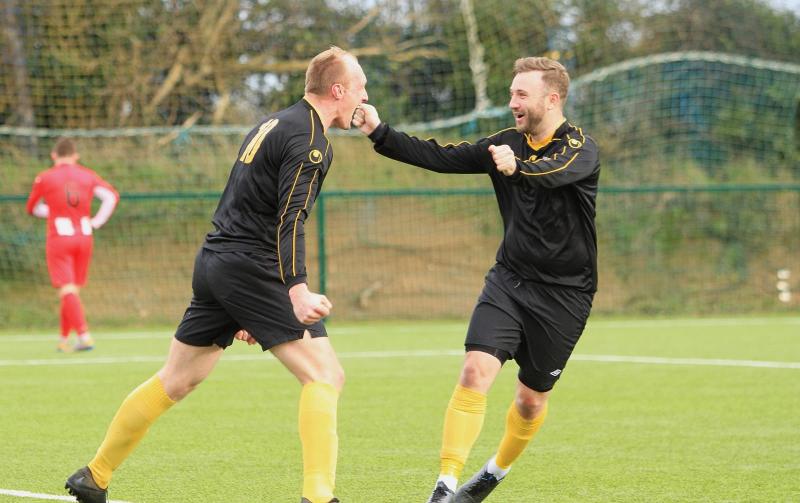 The quest for the Oscar Traynor Trophy grew stronger for the Kilkenny & District League as they confidently booked their place in the semi-finals.

Beaten finalists in the last two seasons, the Cats moved into the final four with a big win over Limerick’s Desmond League at the Kells Road.

The result was anything but a stroll; the visitors bossed possession in the early stages and put Kilkenny under pressure. However, a clever finish from David Grincell saw Kilkenny turn the game their way midway through the first half.

They built on that lead, going two up when Sean Barcoe seized on a short Limerick kick out to head home. A second for Barcoe, right on the stroke of half-time, gave the Cats a 3-0 lead at the break.

Kilkenny didn’t let up after the restart, going further in front when Dean Broaders drilled home a fourth goal seven minutes after the restart.
The Desmond League did pull one back, Brian Ahearn becoming the first player to score against Kilkenny this season, but the home side finished on a high. Two late strikes from sub Andy Walsh put the gloss on a big win for John Maclean and Conor O’Neill’s team.
ADVERTISEMENT
Advertise with Us
ADVERTISEMENT
Advertise with Us