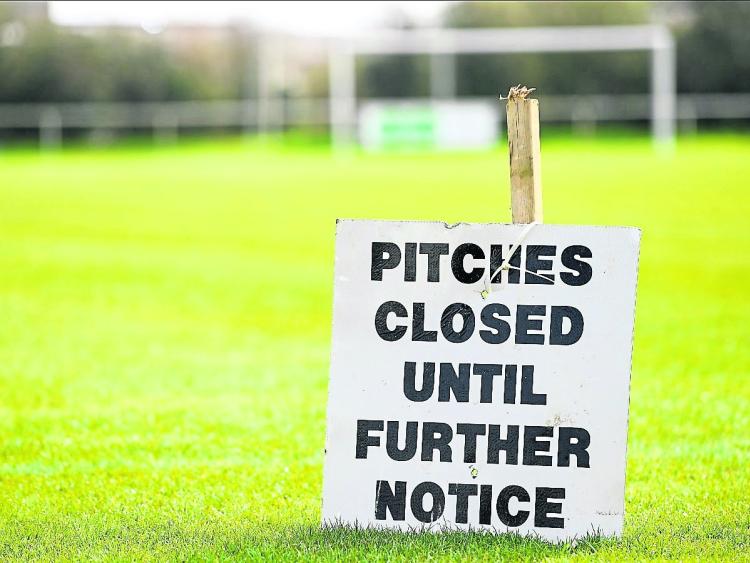 A return to action has been outlined for Irish sport - but it is still unclear when local soccer season will get back into action.
A resumption of the current season is still a possibility, but clubs could face a quick turnaround into the 2020/21 campaign or look at scrapping certain competitions if they are to get games successfully back on track.
These are just some of the options which clubs all over the county could face as the country continues the fight against Covid-19.
Soccer pitches across the Kilkenny & District League have been idle for almost two months - the last game played in the KDL was an under-15 league game on March 9 - with the country in lockdown to prevent the spread of the coronavirus.
Hopes of getting back into action were boosted at the weekend as the Government and Department of Health outlined the protocols in relation to easing restrictions.
Phase four of the Roadmap for Reopening Society and Business will permit sports team leagues, but only where limitations are placed on the numbers of spectators and where social distancing can be maintained.
News of a potential return was welcomed by sports clubs all over Kilkenny, but with no action allowed until after July 20 the real headache will be getting current seasons finished.
“Getting the current season finished will be tough,” League chairman John Corrigan told the People. “In normal times that July date would only be a few weeks out from the start of a new season. If clubs were willing to, games could be played out but that would mean an almost immediate start for a new season straight after.”
While some of the lower junior leagues are close to completion, the headache lies further up the rankings, with promotion and relegation battles still to be confirmed.
“It would be a problem leaving the season as it is with promotion and relegation issues,” Mr Corrigan said. “Some teams have a number of games still left to play and, with others still involved in outside competitions - Kilkenny are also in the semi-finals of the Oscar Traynor Trophy - it is unclear how quickly games would be played.”
One potential solution to getting competitions finished could see teams concentrate on league games solely and do away with cup ties, but again nothing has been confirmed. Like other leagues across Ireland, the Kilkenny & District League are waiting on guidance from the Football Association of Ireland before a concrete plan can be put in place.
For their part the FAI has extended the cessation order for all football under its jurisdiction until May 18, following these latest directives from Government and the Department of Health.
The Association will examine what this lockdown extension and the guidelines published in the Government’s ‘Roadmap For Reopening Society and Business’ mean for all levels of the game.
FAI Medical Director Dr Alan Byrne has advised the FAI that in the current exceptional circumstances, clubs should not engage in collective training during the cessation period for all football activity under the FAI’s jurisdiction.