After weeks of intense voting, the People reveals who readers have picked on their Kilkenny All-Stars team 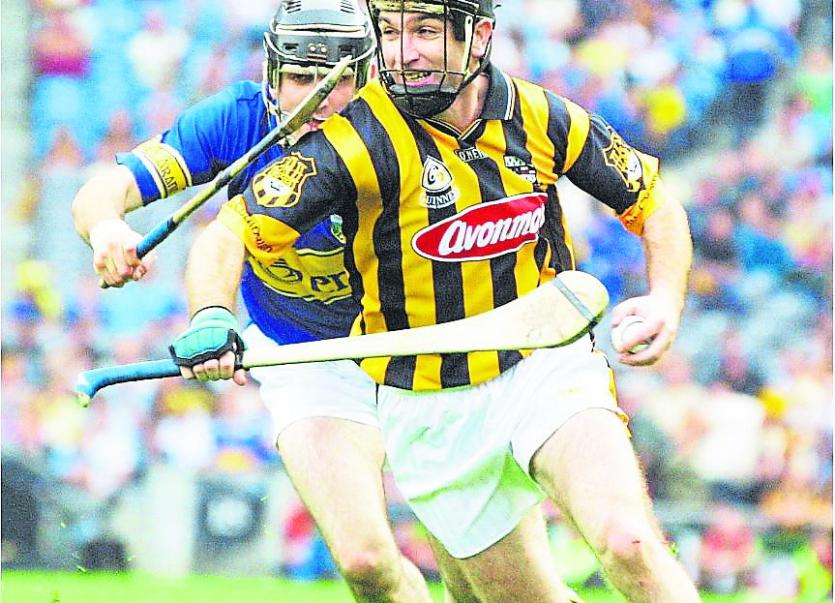 As we are slowly coming to terms with the prospect of having no more hurling this year, many hurling fans turned their thoughts to running the rule over Kilkenny’s top All-Stars and selected a team of All-Stars from the All-Stars.

The reaction was wonderful, both online and in print with many writing out their reasons behind team selection. We listed the All-Stars, their positions and years when they won them with the task of picking the best All-Star for each position.
It was obvious that there was considerable thought put into team selection, as many struggled with not opting for their firm favourites.

The All-Stars, which began in 1971, will hopefully be celebrating their 50th anniversary next year and that’s something we can look forward to even more. 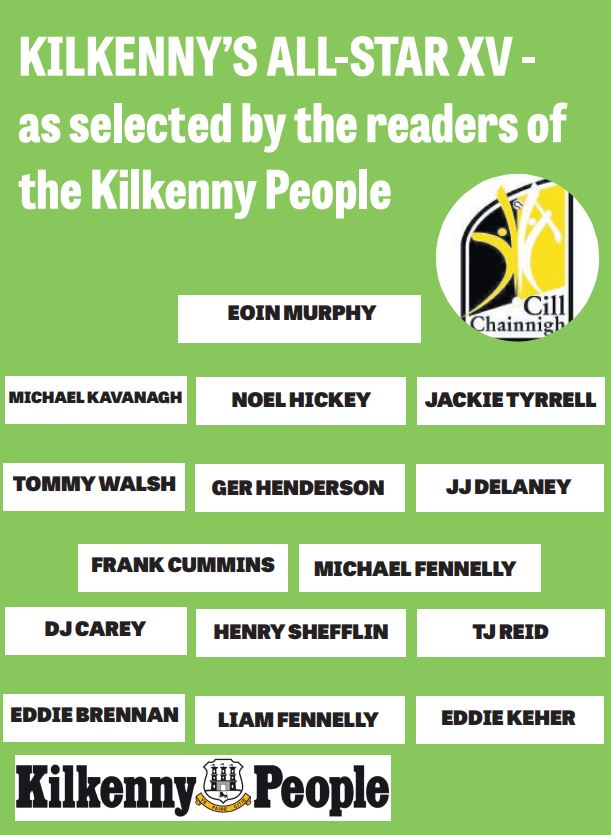 Over the years, the skills of the men in Black and Amber have been honoured at the end of the championship ceremony, so the quality of the men up for selection meant this was a particularly onerous task.

Nevertheless, thousands of votes were cast, and the results show that Kilkenny fans, when picking their top players, lean very much towards the players of the four in a row All-Ireland winning team of 2006 to 2009. Judging by the vote their second favourite period in this seventies. When you look at how successful Kilkenny has been since 1971 and in particular in the noughties, it’s interesting to note that two of the 15 are still lining out for the Cats!

Anyway, this is how it all worked out...

In goal, there was very strong support for Eoin Murphy, winner of two All-Stars and the current netminder he polled 58%, with Noel Skehan on 36%. Eoin has won many admirers, his reactions, distribution and also coolness with long range frees registering some crucial scores being vital for Kilkenny.

The full back line, indeed the right corner back slot, proved to be one of the most competitive. Early in the voting it was very close between Michael Kavanagh and Paul Murphy, but a surge of postal votes saw Fan Larkin really come in to contention.
In the final week it was Kavanagh who finished the stronger on 35% of the votes, with Larkin second and Murphy third. Noel Hickey garnered 54% of the votes for full back, with JJ Delaney second on 30% while Jackie Tyrrell also won 54% of the votes for left corner back, with Willie O’Connor on 23%.

Tommy Walsh, at 80% for right half back, was the most popular of all those selected. Walsh, who won all-stars at corner back, midfield and half forward (the only player ever to do so) completed dominated the right half back position. On the other wing, JJ Delaney with a whopping 68% did likewise. In the centre though, it was, early on between the Henderson brothers, Ger and Pat, but five time All-Star winner Ger won out in the end. 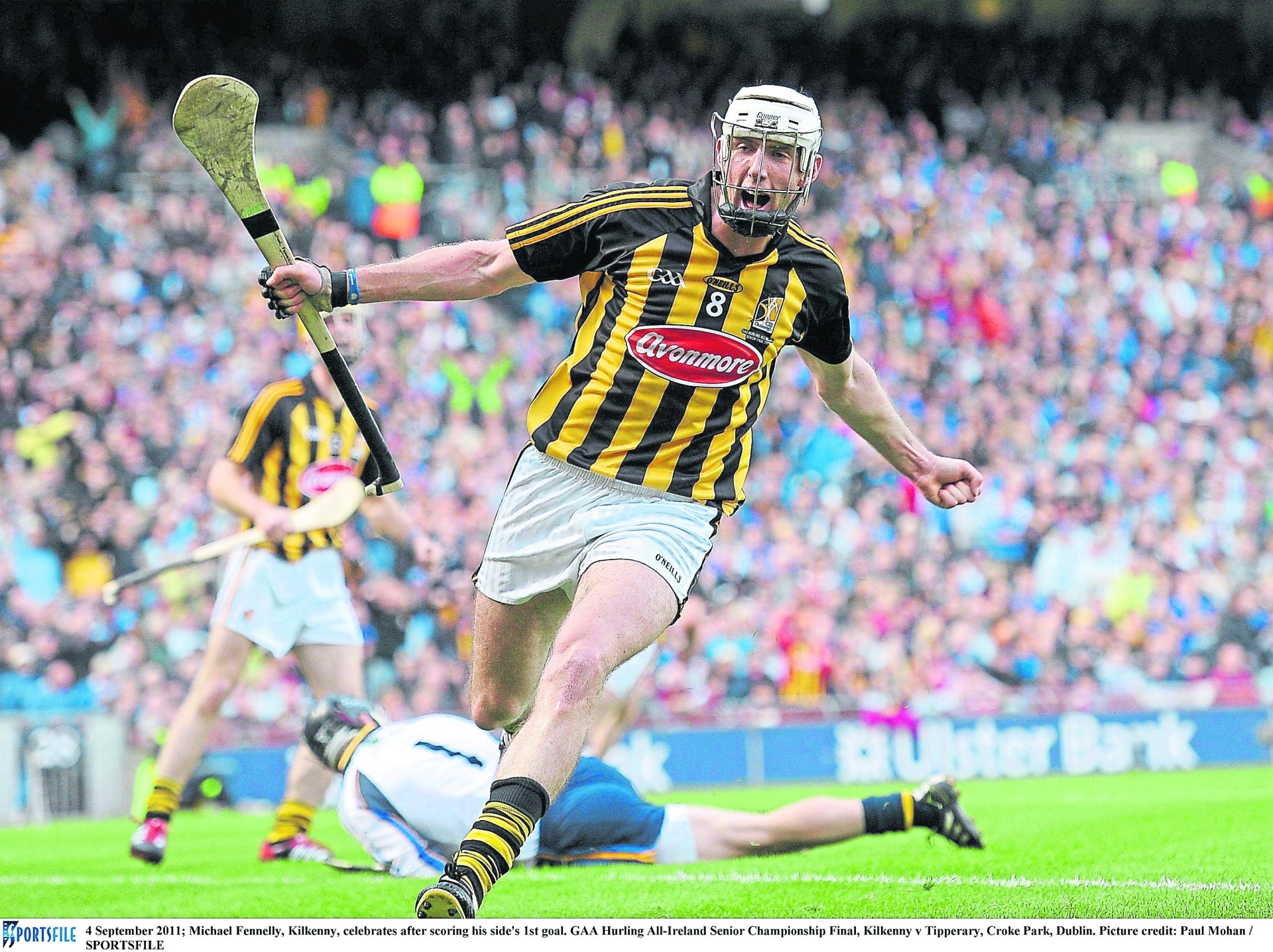 At midfield, everyone had just one vote, and two positions were filled. Michael Fennelly topped the poll with 38% of the vote, followed by Frank Cummins on 34%. Next in line was Liam O’Brien, another very popular hurler with the postal votes.
The half forward line saw DJ Carey claim 54% of the votes at right half forward, with TJ Reid at 38%. This meant DJ would not be eligible for the full-forward slot.

In the centre no doubting Henry Shefflin, with 68% of the vote he claimed the slot where he won seven of his 10 All-Stars. Club mates TJ Reid and Ger Fennelly were also in the running. On the left wing, TJ Reid on 34% won the most votes ahead of Eddie Keher (21%) and Eoin Larkin (20%).

And to the full forward line, where Eddie Brennan registered 39% of the vote in the right corner, and Eddie Keher claimed 54% in the left corner - a position he won three All-Stars in a row from 1973 to 1975.
In the full forward position, Liam Fennelly won out. He claimed 15% of the vote, but as DJ Carey had 23% he was already selected, so Fennelly in second spot just about pipped Richie Power (14%) and three times full forward Martin Comerford (13%).