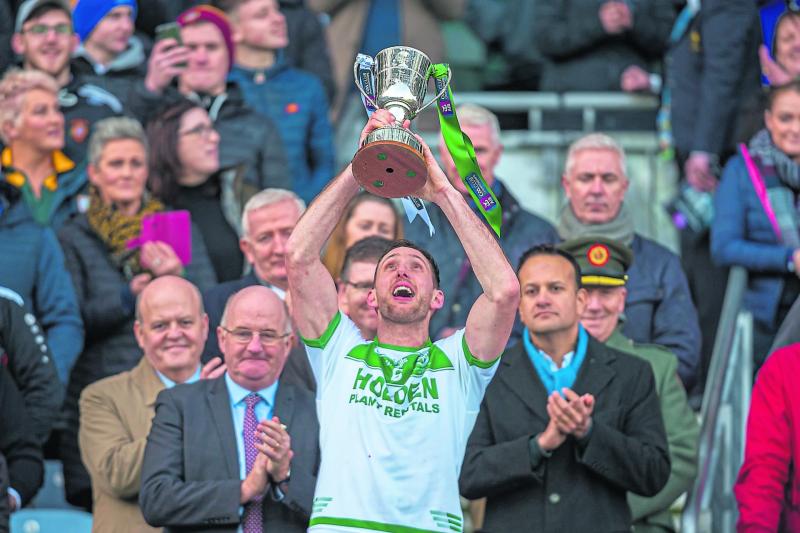 The GAA has confirmed arrangements for its inter-county competitions after the recommendations of CCCC were endorsed by An Coiste Bainistíochta.

Competition regulations dealing with venues, promotion/relegation and dates for games have yet to be finalised and will be finalised by the CCCC in the coming weeks.

The draws for the Ring and Rackard Cup will follow this release in due course.

The senior hurling championship will revert to a straight knockout provincial championship but will have All-Ireland quarter-finals.

No entry to 2020 All Ireland Hurling Championship for McDonagh Finalists. Issue of what happens for 2021 MacCarthy Championship should Kerry win the McDonagh Cup will be dealt with in final competition regulations. Both the Ring and Rackard competitions will be straight knock-out. The beaten quarter finalists will enter relegation semis. The Meagher Cup will retain its existing format.

Participation of the overseas units from England in Ring, Rackard and Meagher Cups will have to be on the basis of all games being in Ireland (Football and Hurling); it is also based on no travel restrictions in place between Ireland and Britain. If it is not possible for overseas units to participate, alternative structures will be confirmed for the Ring, Rackard and Meagher Competitions and in particular in relation to Promotion, Relegation and the impact on the Leinster Council’s Hurling Championship motion passed at Congress 2020.

Games in provincial championships will be week on week in many cases. Games will also finish on the day, with extra-time and penalties used if required in all inter-county knock out games including the All-Ireland finals at all levels.

Finishing regulations for all inter-county competitions in 2020 will be two 10 minute periods of extra time with games, if still level, going straight to penalties.

Football Championship to revert to provincial knockout. New York will not be involved. London will be involved pending travel restrictions.

The Tailteann Cup has been postponed until 2021.

Rounds six and seven of Allianz Football Leagues to be completed. The top team in each Division is League winner for that Division. Football league finals will not be played.

Finals in Division Two and Three hurling only to be completed. The Division One Hurling League quarter-finals, semi-finals and finals will not be played. Limerick are declared Division 1A and Clare Division 1B Champions for 2020.

Under-20 Football and Hurling

The CCCC are recommending to management for approval the rule that a player who plays (as a starter or sub) in the senior hurling championship (MacCarthy Cup) becomes ineligible for Under-20 until his senior team has exited the Championship.

Shamrocks will not get the chance to go for three club All-Irelands in a row after the GAA declared that the 2020/2021 provincial and All-Ireland club championships will not take place.

No All-Ireland quarter-finals in minor hurling or football.

There will be one All-Ireland semi-final in hurling. The draw has been made in advance - Galway will play the Munster Champions.

CCCC recommends that Competitions should be completed to Provincial Final stage only. No All Ireland Series at any level.

First 4 teams drawn meet in Rd1; These to include BOTH defeated Provincial Quarter finalists.

2 fixtures drawn – subject to avoidance of repeat pairings where possible

2 fixtures drawn – subject to avoidance of repeat pairings where possible

ALL-IRELAND SEMI-FINALS – Subject to beaten provincial finalists not meeting the Provincial Champions from their province; and also subject to avoidance of repeat pairings where possible

The Draw for four quarter finals took place today in Croke Park and is as follows;

4 winners to semis and 2 teams on to final (Ring: both finalists promoted; Rackard: only winner promoted)
4 losers to Relegation semis in both
Ring Cup: Relegation final with loser relegated to Rackard
Rackard Cup: Relegation Semi Final losers are both relegated to Meagher in 2021; Relegation Final losers are also in Meagher in 2021; Relegation final winners to stay in Rackard.
Meagher winners are promoted to Rackard Cup for 2021.
If it is not possible for overseas units to participate, the Ring, Rackard and Meagher Competition structures will be reviewed and C.C.C.C will be seeking a temporary deferral of the Leinster Council’s Hurling Championship motion passed at Congress 2020

Participation will be on the basis that all games are in Ireland.

LSFC - Leinster-  Draw to be made

All Ireland Semi Finals and Final