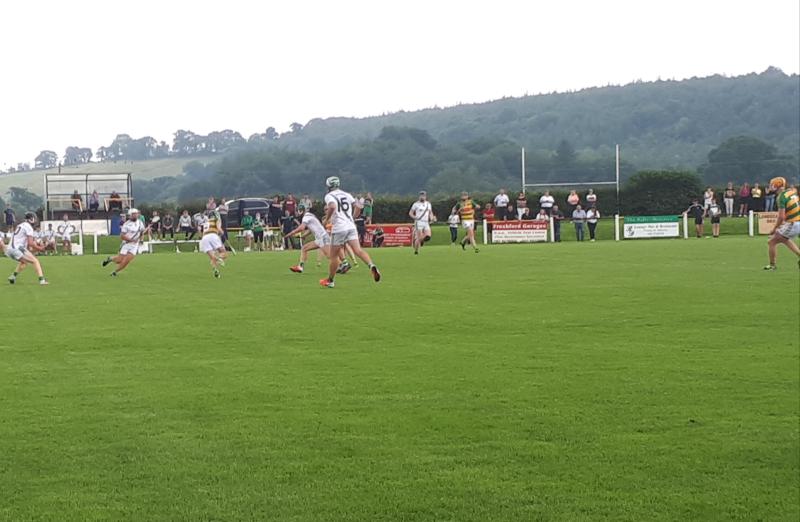 A second half purple patch for Tullaroan saw them claw back to within two points of Bennettsbridge late on at Parc Lachtain today, but the 'Bridge pulled away for a seven-point winning margin in the end.

The first half in particular was played in sweltering heat in Freshford, with both teams demonstrating plenty of running and admirable workrate given the conditions.

In contrast to their slow start last week in Nowlan Park, Bennettsbridge came out of their corner swinging from minute one. Wonderfully precise all day, Nicky Cleere opened his account from play inside two minutes, followed by his first free (he landed eight from placed balls in total), and before long they had surged into a five-point lead.

Last week's goalscorer Ciaran Brennan (1-5 today) was once again the first to find the net, burying his shot into the top corner this time. Amid some lively and entertaining exchanges, Bennettsbridge had the better of the first half, and the sides went into the break with six points between them (1-12, 0-9).

Tullaroan battled on gamely, with Shane Walsh providing a spark up front and keeping them in touch through his frees. Half forward Martin Keoghan (1-4 in total) also had a fine game, including landing three points from play in the space of about five minutes. His second-half goal, after wonderful inter-play between Padraig Walsh and Martin Walsh to send him clear, looked to have made it very much game on at 1-16 to 1-14. But a goal from Liam Blanchfield almost immediately at the other end saw the gap quickly restored.

The final score was probably a fair reflection on a game in which both sides showed plenty of industry and traded some brilliantly-crafted scores, but at times perhaps held on to the sliotar or took too much out of it. For Bennettsbridge it goes  down as another win against quality opposition, while Tullaroan will rue a lost opportunity to make amends after last week's defeat to James Stephens.

Full report, teams and scorers in next week's Kilkenny People.