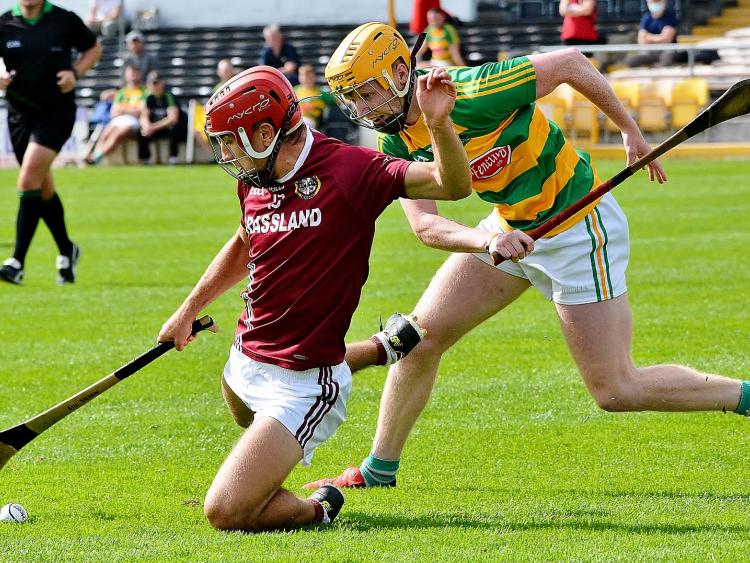 A strong second half performance helped Dicksboro get one over their city rivals O’Loughlin Gaels and book a place in the senior hurling county final.

Goals from Aidan Nolan and Shane Stapleton did the trick as the ’Boro find their scoring form to reach their first county final since 2017.

The sides went all the way to penalties in the league final, so it was no surprise to see they were all square at half-time (0-8 to 0-8). Shane Stapleton notched up five points for the ’Boro, including two superb sideline cuts, while Eoin O’Shea (0-3) led the way for the Gaels.

The game started to turn Dicksboro’s way when Nolan stole possession and raced in to fire home from the narrowest of angles in the 37th minute (1-9 to 0-10).

O’Loughlin’s were always chasing the game from there, Stapleton all but confirming Dicksboro’s place in the final when he soloed through to beat Stephen Murphy with a thundering 52nd minute shot.