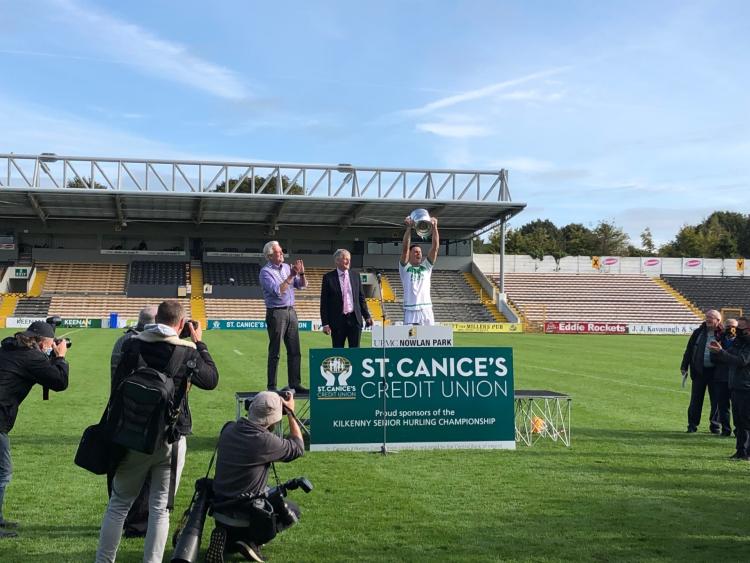 The Shamrocks toasted a three in a row as a blistering performance helped them secure their third straight senior county title.

The Ballyhale men were awesome as they delivered a high-scoring performance and roared past Dicksboro to clinch their 18th senior county crown at UPMC Nowlan Park.

The champions were up and running from early on, Brian Cody bagging a 13th minute goal that helped push them six points clear by the first water break (1-6 to 0-2). They didn’t let up from there, Colin Fennelly adding a second goal with 21 minutes on the clock. Dicksboro struggled to find their form, but a string of Shane Stapleton frees helped them gain some much-needed confidence by half-time (2-9 to 0-7).

The Shamrocks remained in control in the second half, with Patrick Mullen and Ronan Corcoran working hard to keep their team out of Dicksboro’s reach.

They drove their superiority home in the final 10 minutes, blasting three quick goals to seal an emphatic victory. Eoin Reid pounced to fire a loose ball to the net, then struck again when Eoin Cody’s shot was saved by Darragh Holohan. When Cody added a fifth goal soon after it confirmed what many had known for a long time – the Shamrocks were champions again.