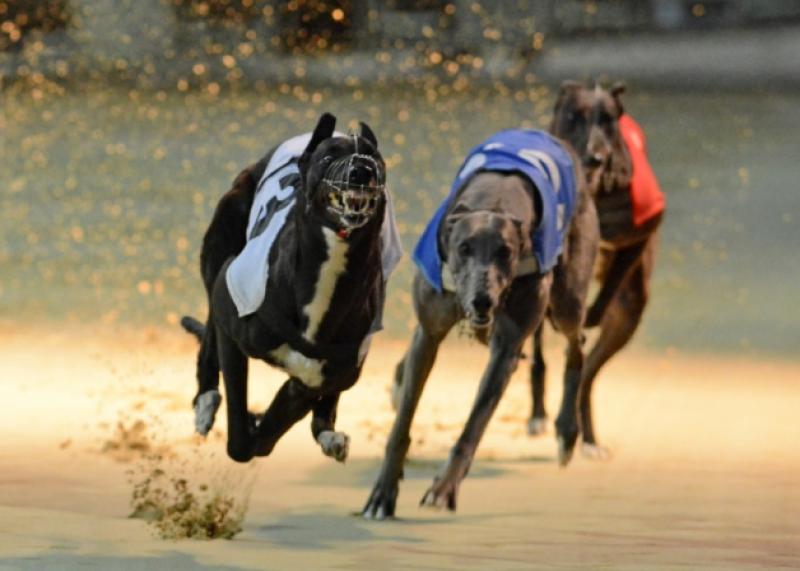 The Bank Holiday Weekend got off to a flying start at Kilkenny Greyhound Track on Friday, with plenty of impressive finishes in stake semi-finals.

The Bank Holiday Weekend got off to a flying start at Kilkenny Greyhound Track on Friday, with plenty of impressive finishes in stake semi-finals.

The card featured the semi-finals of A3 and A4 stake and also the Derby Trial Stake. The first semi-final of the Sheridan Insurances Stake also saw the fastest time of the night.

At traprise the eventual winner, Kilara Flash, was impeded as Kilbally Bob cut in towards the rails from trap six.

Into the first, every other dog was baulked as Bob kept looking for the rails. This allowed Flash to come from last to sweep clear and lead by eight lengths early in the backstraight. He won six and a half lengths from Condor Maddi in 29.01.

In an open betting contest Donals Dream was best away. in the opening A3/A4 race. The slow starting Tarsna Khan went clear out of the first but Dream came back again to lead down the back straight.

He might have been slow off the mark, but the strong finishing Craw Jumper was making progress all the while. Joining the leaders at the last he went clear to win four lengths from Dream in a time of 29.50.

The public went for Deenside Hero in the D2 725 and he went off 5/4 favourite. Fast away he was always in control, leading for most of the trip from Miss Dochas.

Ferdia Amhic came from last to snatch second by two and a half lengths, but he was always behind Hero in a time of 41.13.

The first semi-final of the A4 Stake saw reserve Rag Bush come into trap five, but at traprise it was Ambitious Diva showed plenty of early dash to go well clear to the first.

Moving well, She was four lengths ahead of Old Road Jack out of the bend. Rag Bush started making ground down the back straight. He joined Diva up the home straight and won going away a length and a half in 29.46

The second semi-final saw punters send Jacks Asuperstar off as the 4/6 favourite. Laptop Lady led to the first and was joined out of the second bend by Random Pete.

Random Megan went off the 6/4 favourite in the second semi-final of the A3 Stake but it was Condor Allie who was fastest away and cut to the rails.

Moving clear into the first out of the second Condor Allie led Locnamon Sarah. She never looked in danger and won by three lengths in 29.15

The seventh race on the card, the Derby Trial Stake was an open betting race. Hanoi blasted from traps and led Urard Pine a length and a half round the first.

Hanoi was never headed and between the last two bends she stretched the field. It was left to Raheen Boy to run on to claim second three and a half lengths behind Hanoi in a time of 29.09

The eighth race had joint favourites at 6/4 in Slievekeale and Kilcloney Bond. Woolie Got Boots and Bond went to the bend where Bond took over.

Down the back straight Slievekeale had gone second but was being held by Bond. However up the home straight Bond cramped, allowing Slievekeale to sweep before going on to win by a length and a half in 29.06

The final race on a busy night saw Ballybough Oz sent off 4/7 favourite in the A2 decider. Slaneyside Fox led early but Oz went by out of the first and from there on he never looked in danger.

Raggletaggle Rex kept plugging away but Oz was two and a half lengths too good in 29.12

Sheridan Insurance are running a night at the dogs at Kilkenny Greyhound Track on Friday. First race on the card is at 8pm with free admission for all. Racing will feature the final of the Sheridan Insurance A3 525 Stake.