A lot done, but Cats need to do more if they are to make the final - Kilkenny Camogie Manager Brian Dowling 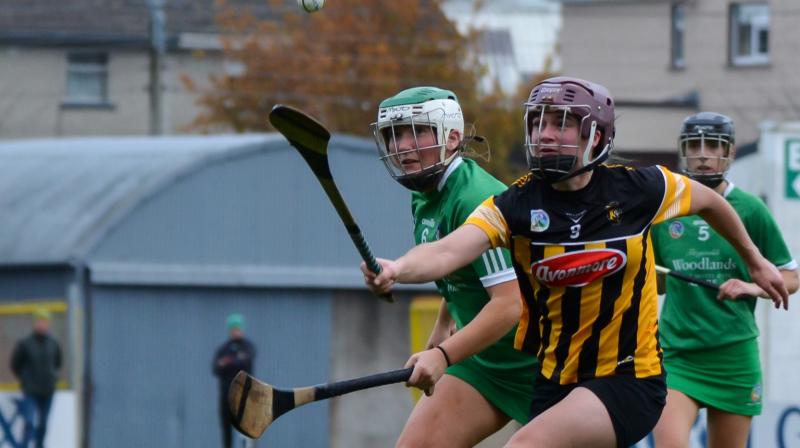 Already assured of a place in the All-Ireland semi-finals Kilkenny claimed a third straight victory, but there was a lot of aspects in the performance that didn’t please manager Brian Dowling.

“I wouldn’t be too happy with the performance,” the manager said.

“We have a lot to work on for an All-Ireland semi-final.

We know a performance like that today won’t be good enough to get us into an All-Ireland final.

“We’ve three weeks now to work on a lot of things,” he continued.

“I suppose today the game didn’t really mean anything as we were already through to the semi-finals but we tried to take it as seriously as we could and we looked for a better performance.

“We hope the girls can now pick it up and improve for the semi-final.”

After a disappointing opening period Kilkenny eventually coasted clear on the scoreboard with Denise Gaule and Aoife Doyle getting goals in the second half in difficult blustery conditions.

Finding the net is something the Noresiders are targeting ahead of the knockout stages.

“The wind was going across the pitch but I don’t think we adjusted to it at all,” the manager said, reviewing his side’s performance.

“Five or six shots went wide of the right hand post, but in the second half I think we were a bit more clinical and we upped the intensity as well.

“We would be disappointed with the striking in the first half, but hopefully that will improve for the semi-final.

“After the Westmeath game we said that if we want to win big games we have to score goals,” said Dowling.

“We got two goals but we’d be a bit disappointed that we didn’t create a few more chances especially in the first half where we didn’t even get a sniff of an opportunity.

“We got the win and we’re in an All-Ireland semi-final which is where we wanted to be at the start of the championship,” he added.

We"ll drive it on now and look forward to that.”

Kilkenny now have three weeks before the All-Ireland semi-finals and Dowling and his selectors will get the opportunity to see their potential opponents in the quarter-finals on Saturday afternoon.

Pairc Ui Chaoimh will host the double header, with Clare facing Cork at 1pm, while Tipperary play Waterford at 2.45pm.

For now though Kilkenny are exactly where they’d like to be despite being without a couple of crucial players including Katie Power and Edwina Keane.

“If we won handily it would have papered over a lot of cracks,” said Dowling.

“We know we have a lot to work on and so do the girls.

They wanted to be in an All-Ireland semi-final so to be 60 minutes away from a final is great - but we will have to up our performance to get there.

“When the draw was made you want to get the straightest route possible and that is to an All-Ireland semi-final,” the manager continued.

“With the weather and stuff you could be caught on any day so the fewer matches you have maybe the better. We are there now and we just have to be ready”.

The Group Two victory gave Kilkenny a rare opportunity to play at UPMC Nowlan Park and despite the lack of spectators it’s something they were grateful for.

“Thanks to the Kilkenny County Board for facilitating us as there was a hurling match on Saturday (Laois v Clare) as well and the pitch was in great condition,” said Dowling.

“You’d love to have supporters at the game but look the girls love playing here and we’d usually get one or two games a year here so we are very grateful for that".