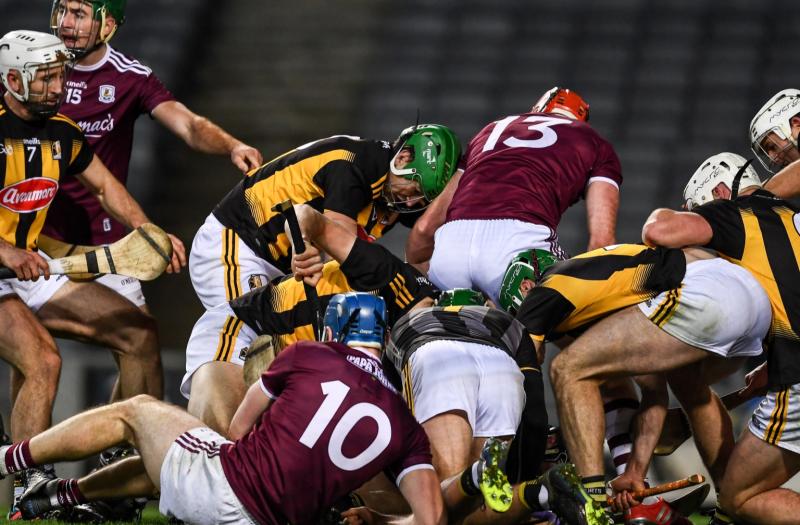 Galway went into last Saturday’s Leinster final in the hope of defeating Kilkenny for the fourth successive time in the championship but ultimately they fell short in their efforts.

It is a defeat that will have stung the Tribesmen as they led by five points before Richie Hogan and TJ Reid netted to change the game on it’s head.

Shane O’Neill’s team did respond to go in front, but quickfire goals are difficult for a team to come back from and Kilkenny with a host of late scores found a way to come out on top.

The Galway manager was full of praise for Kilkenny but still disappointed that his team couldn’t see the result out.

“I’m not sure about shock but there is an element of disappointment after being five points up before conceding two quick Kilkenny goals,” he said in the aftermath of Saturday’s game.

“However the reaction from the lads was fantastic after going a point down with those two quick goals within a minute.

“We went two points up after that so from our own perspective we would have been delighted with that reaction.

After that it was kind of tit for tat and we were unfortunate with a few attempts at goal.”

If it wasn’t for Richie Hogan’s incredible impact off the bench for Kilkenny a lot of the talk would have been around Joe Canning who was very much to the fore in the Galway performance as he scored 0-14 including one glorious sideline cut.

In saying that the Portumna star still squandered a couple of crucial opportunities when he had a 21 metre free for goal saved as well as seeing a stoppage time free rebound off the woodwork.

“Joe Canning has freedom to do what he wants from the frees,” said O’Neill.

“If they go in it’s a great call and if they don’t maybe not as much but he has the freedom to do that so there is no issue there.”

Galway were defiant in defence prior to the introduction of Hogan and they won almost every ball that went into the Kilkenny full forward line.

When Hogan emerged the Kilkenny tactics definitley changed from a more direct style to a more possession-based game.

It definitely caught Galway off-guard for a period which invariably proved crucial on the end result.

“Richie Hogan brought something different to the full-forward line from what was happening originally,” said O’Neill.

“That small quick spell with the two very quick goals is something we will just have to look at.

“Kilkenny are Kilkenny and they will never be gone,” he added.

“We were five points up and then they got the goals but the danger is always there.

“We’re just disappointed we didn’t come out with a victory today.”

Galway were the side in control coming down the stretch and not seeing out the job is something that will have hurt them.

Unlike Kilkenny, they have little time to ponder with the quarter-finals taking place this weekend.

Galway weren’t favoured by the draw either with a clash against old foes Tipperary awaiting them.

“I don’t really know what happened, we will have to look back on it but as I said even though the two goals went in the reaction was still very good from the lads to go back two points in front again and it was actually after that where we need to see what happened and it’s something we will have to go through during the week.

“We have to look at it that the Leinster championship as a competition is finished now.

We are in the All-Ireland quarter-finals and it’s a different competition.

“We are out next week and it’s about recovery both physically and mentally and we’ll get cracking again for the Tipperary test.”

Despite losing Galway played well in periods and they have a lot in their armoury to still have a big say in the destination of the Liam MacCarthy Cup over the next few weeks.

“We would have been relatively satisfied with how we played but obviously as a management you are always looking for more but overall there is a lot to work on for this week.

“We’ll just have to review the match itself and have a chat with the boys before having a crack at next weekend.”