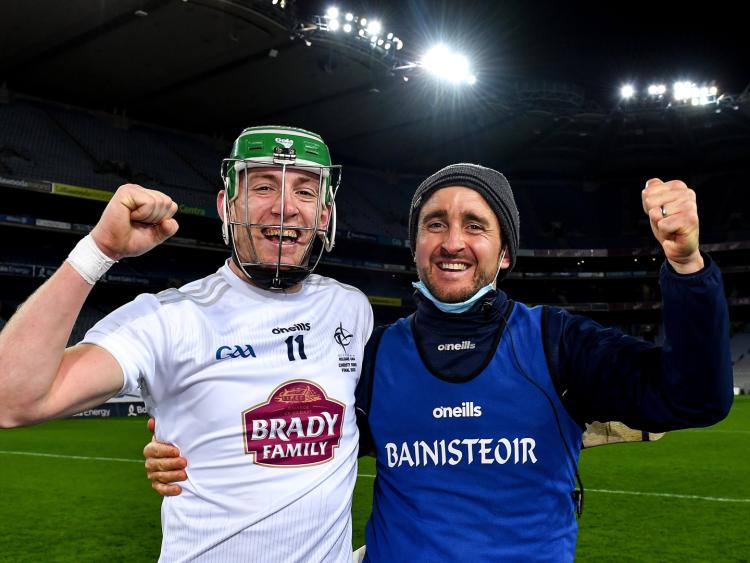 David Herity managed Kildare to a second Christy Ring Cup title in three years after they defeated Down in the decider at Croke Park on Sunday afternoon.

The five time All-Ireland winner with Kilkenny oversaw his charges gain promotion to the Joe McDonagh Cup a week previous when overcoming Roscommon in the semi-finals but they finished in style with a three point success over the Mourne county.

Down sealed their place in the final when getting the better of Michael Fennelly's Offaly on a penaty shootout but they were unable to build on that momentum.

It was a hotly contested affair but goals in the opening half from Tadhg Forde and Paul Divilly gave the Lillywhites a three point lead at the break.

Jack Sheridan added another goal after the break but Down fought back bravely to get within touching distance of their opponents entering stoppage time.

Kildare managed to hold on with a couple of late points getting the Leinster side over the line.