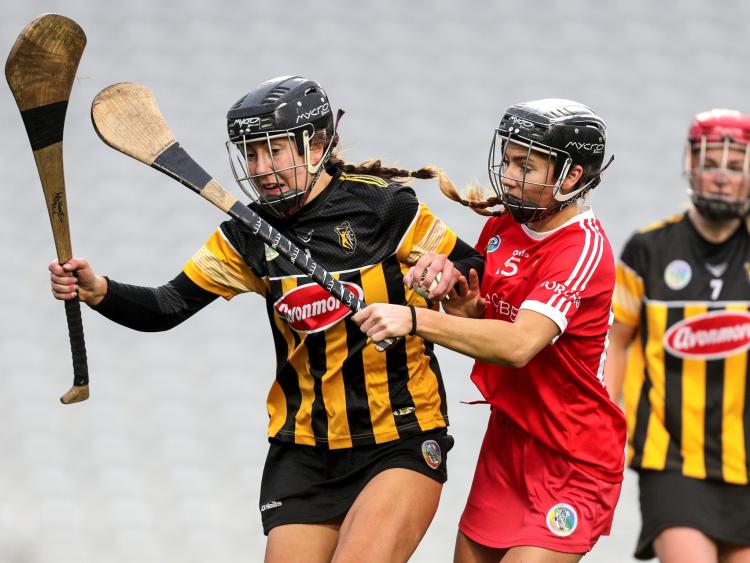 A strong second half saw the Kilkenny senior camogie team weather the Cork storm to book their place in the All-Ireland final.

Miriam Walsh’s goal proved to be a decisive score as Brian Dowling’s side withstood fierce Cork pressure to earn their spot in the December 12 decider.

Things looked grim for the Cats as Cork flying out of the blocks in Pairc Ui Chaoimh and roared into a six-point lead inside 10 minutes. Gemma O’Connor did most of the damage, rifling an eighth minute goal to hammer home their dominance (1-3 to 0-0).

However, Kilkenny gamely responded. Led by Mary O’Connell (0-2) and Denise Gaule (0-3) they dragged themselves back into the game before Ann Dalton fired them ahead. Dalton superbly picked off a dropping Gaule free on the edge of the square, then turned to blast it past Amy Lee (1-6 to 1-5).

The score transformed Kilkenny’s fortunes, as they went in at half-time with the lead (1-8 to 1-7).

Keen to build on that advantage the Cats quickly showed their claws on the restart. The new half was only three minutes old when Miriam Walsh crashed through a series of Cork challenges and drew Lee from her line before lashing the sliotar home (2-8 to 1-8).

Cork were stung by that score and took some time to regain their rhythm. It wasn’t until the final quarter that they began to find their composure again. Katrina Mackey, Ashling Thompson and Chloe Sigerson managed to shave some points off the deficit, but the Kilkenny defence kept them at bay for long spells. They weathered the storm, then booked their place in the final when Denise Gaule shot an insurance point in injury-time.