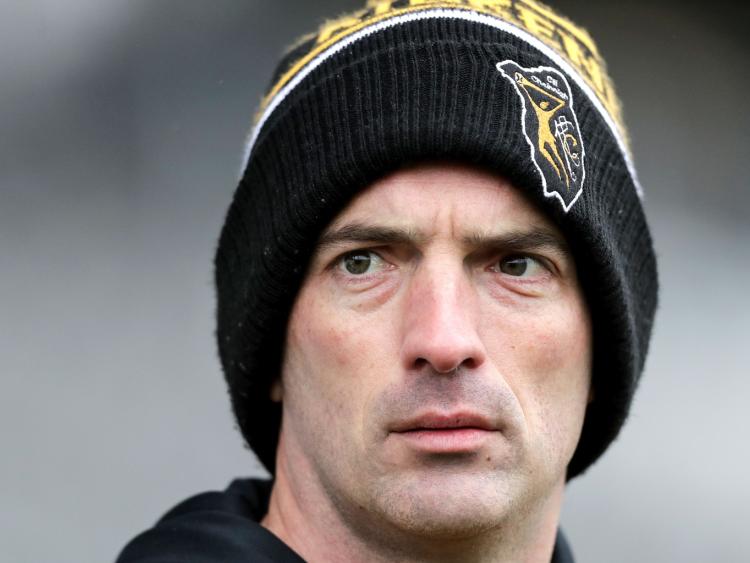 Their victory may have been missing a polished finish, but for Brian Dowling Kilkenny’s semi-final win over Cork had everything he was looking for from his team.

“Hurling-wise it probably wasn’t our best performance of the year, but pure determination, hard work and character are words we’d use to describe how we played,” he said in the aftermath of Saturday’s battle against Cork.

“We came to Cork quietly confident that we’d get the job done and we got over the line.

“We drilled it home to the girls that people had forgotten about this team, that they hadn’t been given the respect they deserved. While we may not have won the All-Ireland finals we played in it takes a consistently good team to get there.

“Someone said to me during the week that semi-finals are for winning,” Dowling added. “Now we’re back where we want to be.”

That quiet confidence was tested in the early exchanges as a hungry Cork tore into the Cats and opened up a six-point lead.

Although there was still time to turn things around, Dowling admitted the start wasn’t what his side had hoped for.

“I’d be lying if I said we weren’t panicking a little, wondering what was going on,” he said with a smile.

“A lot of people spoke about how we hadn’t had a competitive game for a few weeks coming into the semi-final; maybe that long lay-off without a tough game was part of it, maybe it was the trip down - I don’t know.

It’s something we need to improve on for the next day, certainly, but you can turn negatives into positives and we showed character to do that.

“I thought we got on top after that (the slow start) and, after a few wides, Mary O’Connell got a super score to settle us down.”

Once Kilkenny got to grips with the game they took control, getting a real boost when Player of the Match Ann Dalton popped up with a valuable goal. It helped push the Cats ahead, but Dowling felt that advantage could have been greater.

“Ann Dalton’s goal was a huge score in the first half, but I was a little disappointed that we only went in one point up at half-time,” he said.

“Given the way we hurled in the second quarter I thought we deserved to be further ahead, but that’s a testament to the girls and how they turned it around.”

The first half waterbreak was key as Kilkenny regained their focus.

“I felt that we were on top in the last five minutes of the first quarter and that was the message we wanted to drive home,” he said. “We knew we were in the game, we had settled down - giving out wasn’t going to be of any help.

If Dalton’s goal was valuable, the second was worth its weight in gold.

“The goal after half-time was crucial,” said Dowling.

“At the break I said to Miriam Walsh that this was her half, to drive the team on - we were saying it to her all week about how great a player she is. She took that on and took her goal with incredible composure. It was a brilliant finish.”

And while goals win games, Kilkenny’s tough performance in the final stages drew plenty of praise from the manager.

“The last quarter was about getting over the line,” he said. “It wasn’t for fancy hurling, but the weather didn’t allow for it - when the floodlights are turned on for a 12.30 game that says it all. We got the job done.”

The goals showed strength of attack, but other parts of the game proved how strong Kilkenny’s defence was.

“Our backs were unbelievable,” he said. “They probably came in for criticism last year with the goals we conceded in the All-Ireland final, and it looked like we were in more bother after conceding 1-3 inside eight minutes, but after that they just shut down Cork.

Claire Phelan came with ball after ball in the second half, Colette Dormer and Michelle Teehan gave their all and we also had Niamh Deely there to come in and help finish the job.

We asked Meighan (Farrell) and Davina (Tobin) to do a job marking Amy O’Connor and Orla Cronin, two players people are speaking about in Player of the Year terms. I thought they were unbelievable, the ground they covered and the flicks and hooks they got in.

“Our backs were fantastic,” Dowling finished. “Hopefully they’ll keep that going for the final.”