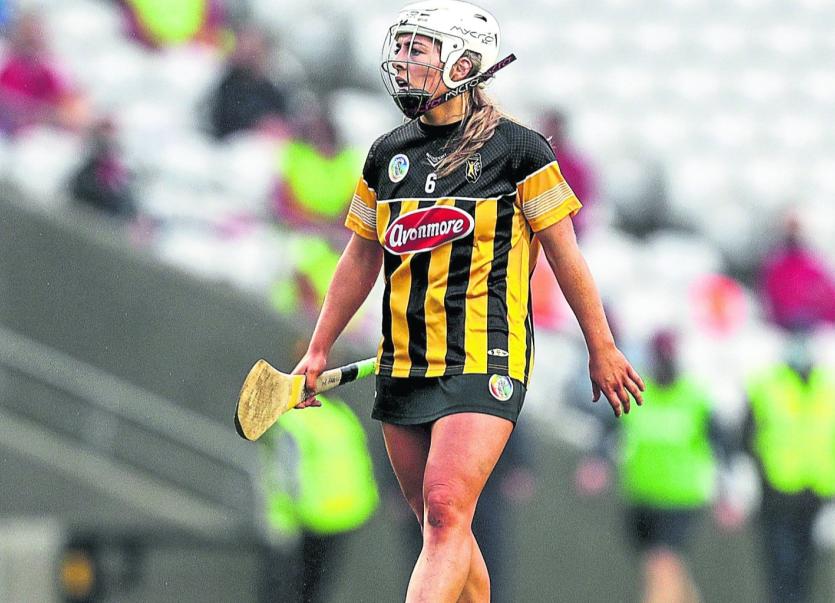 Under normal circumstances things could have been very different for Meighan Farrell.

Instead of preparing to face Galway in an All-Ireland Final, warmer climates abroad were awaiting as the Thomastown centre back aimed to go travelling earlier in the year but the coronavirus pandemic put a halt to those plans.

Meighan’s older sister Shelly is currently based in Australia. The original plan was to visit her, but that is all on hold for the short-term now.

“I wasn’t on the panel for the league as I was thinking of going to Australia so it was a very strange year for me,” she said. “It was only when everyone went back that I decided to go in. Nobody really knows what is happening at the minute, so it’s great as the camogie takes your mind off things.

“At the very start of the year I was thinking about going and I never really thought that Covid was going to stop it until it got very serious.

“I can’t really go at the moment and my sister Shelly is out there and it would have been nice to go out to her for a while but we will see what happens.”

For Farrell and her teammates it’s just a relief to make an All-Ireland final after the most testing of years.

“When you think about it it’s a very strange year and you don’t know what is going to happen so we are just delighted to be in an All-Ireland final really,” she said.

“It’s exciting as I didn’t really expect to be here. The only time I’d really be playing in December would be with the college or if you had a good run with the club so it is very different.”

Like in 2019 Galway stand in the way of All-Ireland title number 14 for Kilkenny and the task at hand is as big as ever.

After losing the last three finals the Cats are hoping to right a few wrongs in Croke Park on Saturday night.

“We’ve been playing Galway for years and we are used to playing them,” said Farrell.

We know they are a fast running and really strong team. It didn’t go well for us last year but hopefully it will be different this time around.

“We need the hurt for extra motivation, but this year is different - we have a lot more freedom to play as a result of the lockdown.

I suppose even being allowed to play means there is less pressure. You are just going out and hurling.”

In the build up to the decider the Kilkenny team set up a gofundme page to help aid their preparations for the big day.

Although they had an initial target of €5,000, they quickly raised more than double that.

It’s that type of support from home that is driving Farrell and the team on.

“We appreciated the support so much,” she said.

“It was unbelievable how involved people got in trying to help us.

“While the people who support us can’t be there for the final, we never went far without their support. My parents would be at every match they could but my mother will have the holy water out ready to go anyway!” she said with a wry smile.