Cats are recharged and ready for final 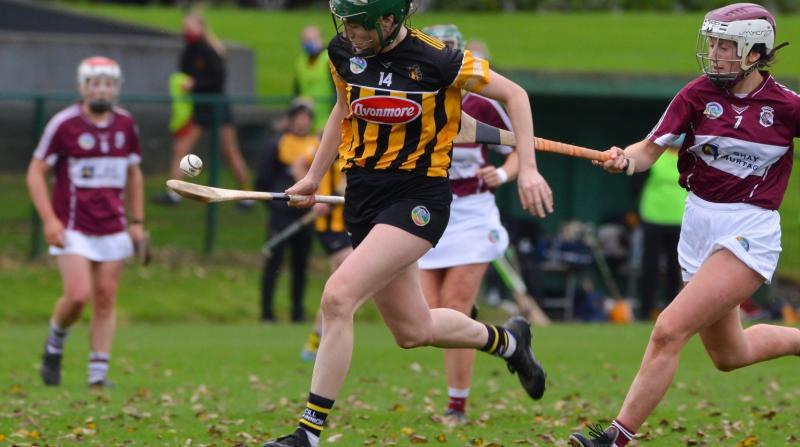 You know it’s been a strange year when it’s the middle of December and Denise Gaule is talking about Kilkenny’s drive to lift the O’Duffy Cup.

The timing for the senior camogie All-Ireland final may have changed, but the urge to be champions is the same.

“Strange is one word for it,” the Windgap player said as she looked forward to a final in the depths of Winter.

“However, if someone told us we were going to be back in an All-Ireland we would have taken the hand off them, no matter the time of year.”

Starting the new season under a new management regime meant Kilkenny were heading into the unknown, but their time together was cut short when the league was cancelled midway through.

“I don’t know if it was good or bad as our league form hadn’t been the best, but come championship everything is different,” said Gaule.

“When we got back to training we were all keen to push things on and drive on. We were happy to be back and to get the chance to compete for an All-Ireland.”

Coupled with all the change throughout the year, being back with their clubs before embarking on an intercounty championship was a novel experience for the players.

“It was nice having the time with the club,” she said.

“At times it feels like you with them a week here and there, you never really get the time to bond with the girls you play with.

We got a lot closer with the girls from the club and it was great to be there for the whole of the championship.

“There are three of us from the club on the senior panel - Gaule, Catherine Foley and Michaela Kenneally - so it was great to be there to drive things on.

“Everyone wants to go well with their club first and foremost,” she continued.

“The way the games were played was brilliant as it made for an exciting championship - it probably didn’t go the way we wanted in Windgap, but it was great to be able to get back with the club and to give the time back to where we started.”

Being back with their clubs gave the players an extra spring for intercounty. Gaule reckoned.

“Club training is so different from one club to the next, but the break from the county did us all the world of good,” she said.

“A lot of us are on the go with Kilkenny for a long time without taking a real break from it, so when we came back I think we were all refreshed and ready to give it our all. Everyone was buzzing to be back, especially with everything that was happening.

“It’s where we wanted to be,” she added, “going down training with your team-mates. It’s something simple, but it was brilliant.”

That recharged energy has been apparent in Kilkenny’s performances this year. The Cats roared through their games, beating Waterford (0-15 to 0-8) and Westmeath (6-23 to 1-7) in the group stages of the championship.

“We went well in the group,” she said.

“We had a tough game against Waterford on the opening day, especially in the first 40 minutes, but we ground it out. We really performed in the Westmeath game, playing as best as we could against a confident side who had just come up to the senior grade.”

Coupled with a 2-16 to 0-8 win over Limerick, that 100% record saw them skip the quarter-finals and go straight through to the final four and a meeting with Cork.

“The game with Cork was strange as we had been written off before it,” she said.

“That didn’t put any pressure on us, but it did give us extra motivation to perform. Where else would you want to beat Cork only in Cork?”

Kilkenny didn’t have the best of starts - they trailed by six points after just eight minutes - but the team dug deep for a battling win.

“That was the type of game we might have lost in the past,” she said.

“It was a brilliant win. I don’t know how our backs (Kilkenny came through a tough spell of Cork pressure as the Rebels chased the game in the second half) but they put in some performance.

After the final whistle the relief we felt at winning was something else. However, we know there is a bigger challenge ahead.

It took a big performance to get to grips with Cork and we know that if we make a similar start against Galway things may not go our way.”

The win over Cork, not to mention how they’ve overcome the hurdles put in place by the sporting upheaval caused by the coronavirus pandemic, typified the character in the Kilkenny ranks.

“We hadn’t played as well as we can; it wasn’t a free-flowing game we played, but sometimes grinding out a win like that is better. You can learn more about yourselves from a game like that.

“It gave us a big learning curve,” she said. “You want to take something from every game you play.

A day like we had in Cork shows the character that’s in the team, everyone was pulling for each other. Now we have to bring that momentum and workrate into the final.”

Kilkenny lost last year’s final to Galway, but the players won’t dwell on it.

“There have been so many years that if you were to look back now it wouldn’t do anything for you,” she said. “You have a bit of hurt that you want to carry in, but it’s a new year and feels completely different.

We have things to learn from last year’s final, which is important, but for me a lot of it is about how things go on the day. Hopefully we’ll get the performance we need from everyone because Galway are a serious team.

We’ll have it all to do, but it should be a good match. We both want to go out and just play and give our best.”

The game might be in an empty Croke Park in December, but that won’t deter Gaule and her team-mates from their aim to secure the O’Duffy Cup.

“As long as it’s not snowing we’ll be alright!”