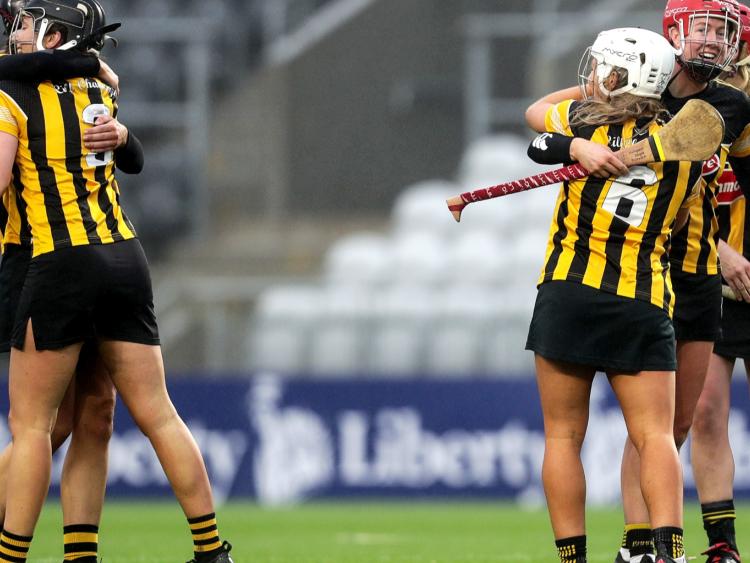 In some ways it was an unenviable task with Brian Dowling taking over from Anne Downey as Kilkenny camogie manager, but thus far it has worked out perfectly as he leads his team into an All-Ireland final on Saturday against Galway (throw-in 7pm).

A year where the sporting calendar was interrupted by Covid-19 was far from ideal for the new Cats boss but he is happy with how things have gone thus far given the circumstances.

“It’s been a very strange year with everything that has gone on,” he said, speaking at Kilkenny’s media day at a chilly UPMC Nowlan Park.

“The league didn’t start as well as we would have liked. We lost here against Clare the first day and we struggled over the line against Offaly before Cork gave us a bit of a trimming. Looking back on it the league was actually a positive for us as we found a lot of new players.

“We were missing a lot of players during the league and these new players stepped up and got game time, which was important for their development. Look, it’s been a strange year with a big break in the middle of it - on a few occasions it looked like we may not even get a championship - so we are delighted where we are and we cannot wait for Saturday night.”
While the season was broken into two, the players never stopped working towards a comeback.

“There were a few weeks where the championship looked like it was going to be cancelled, but the girls were working away on their own,” he said. “There was a stage where we had to tell them to stop and pull it back a small bit as we didn’t know if it was going to go ahead or not and you wouldn’t have the energy if it did as a result.

“When we did get official word that it was going back, the girls were absolutely buzzing for it,” the manager said. “The last few weeks have been unbelievable as they train together and play these big matches.

“For family at home to be able to watch the matches has been a big plus,” he added. “The televised coverage of hurling and camogie has been brilliant over the last few weeks.”

The break gave Dowling the opportunity to welcome back the likes of Anna and Meighan Farrell into the panel and with Kellyann Doyle getting extra time to recover from injury the enforced stoppage definitely had some positives for the Kilkenny camp.

“If the championships had gone ahead as normal maybe Katie Power would have been involved, but Kellyann Doyle wouldn’t have been available,” he said. “Anna and Meighan Farrell weren’t part of the panel at the start of the year either, so there was positives and negatives.

“We have the players we have and we are very confident in them,” he added. “It’s obviously very disappointing that we don’t have everybody on board, but that’s the way it is now - every team has injuries and we just have to get on with it. However we’d be confident in the 15 girls that start and the ones that come on for us.”

Kilkenny sealed their place in the All-Ireland final with a hard fought victory over Cork. Despite being slow out of the blocks in the semi-final they still found a way to come out on top, with Denise Gaule having a huge bearing on the result.

“I was frustrated with the way we started against Cork,” said Dowling. “It shocked me really, as I was expecting a huge performance from us going down there.

“After 10 minutes we just didn’t hit the ground running and I don’t know the reason why either - was it from a lack of big championship games? Whatever it was, the girls showed great character to turn the game around. Even by the first water break I thought we had turned it around and we were getting on top of Cork at that stage.

“While Denise Gaule did miss a couple of scores, great players are able to come back from that and she refocused and nearly scored every free after that and added on a couple of points from play.

“She (Denise Gaule) also won a ball near the end that we won a free from and she really stood up, but the key is not to panic. We’ve been drilling that into the girls all year that we don’t panic.

“We showed a lot of resilience when some other teams may have crumbled and fell apart but we stayed at it and we outscored Cork 2-10 to 0-8 after going six points down early on, but we can’t afford to give Galway a head start like that on Saturday.”

“Everyone was saying over the last few weeks that we hadn’t had a tough game and they were probably right bar the Waterford game. We struggled in the first half of the league so that did us no favours, but that was all out of our hands and we could only control what we were doing so we have that tough championship game behind us now and we have to hit the ground running on Saturday and hopefully it will stand to us.”

For possibly the first time ever there will be no spectators in Croke Park on All-Ireland final day. Despite the rather surreal atmosphere it’s not something that Kilkenny are concerning themselves too much about.

“The crowds at the camogie finals have been getting bigger and bigger over the last few years,” said Dowling. “There were 20 or 25,000 people there last year and the atmosphere was unbelievable.

You’d love if that was the same again and it’s unfortunate for the girls that their partners or families can’t be there to support and watch them but that’s just the way it is. Whether there is a crowd there or not is irrelevant - we are just concentrating on the All-Ireland final.”

Galway are the opposition for the Cats on Saturday and while Dowling’s team have qualified for the last few finals they are trying not to focus on the past too much.

“We sat down at the start of the year as a group and we looked back at last year’s final and a couple of the finals before that,” he said.

“We looked at what we needed to do differently and to be honest we have left that behind us now. We can’t keep looking back to the past and if the players want to use it as personal motivation that’s fine by me but we can’t be worrying about what happened last year.

Dowling has been honoured and privileged to take on the role of Kilkenny camogie manager and he’s hoping his team can perform to their maximum when it matters most.

“I was involved last year and we didn’t get over the line,” he recalled.

“Looking back at the two Cork games that Kilkenny lost, they could have won both of them and it would have been three in a row so there is not much between the top teams.

“It is different (playing) at this time of the year, so we are just going up to hopefully perform and do our best.

“It’s great to be there and I was delighted to get involved last year with a great backroom team but it’s all about the girls of 2020 now - all I want to see is them perform to their best,” he finished.

“Hopefully we’ll see that on Saturday night in Croke Park.”