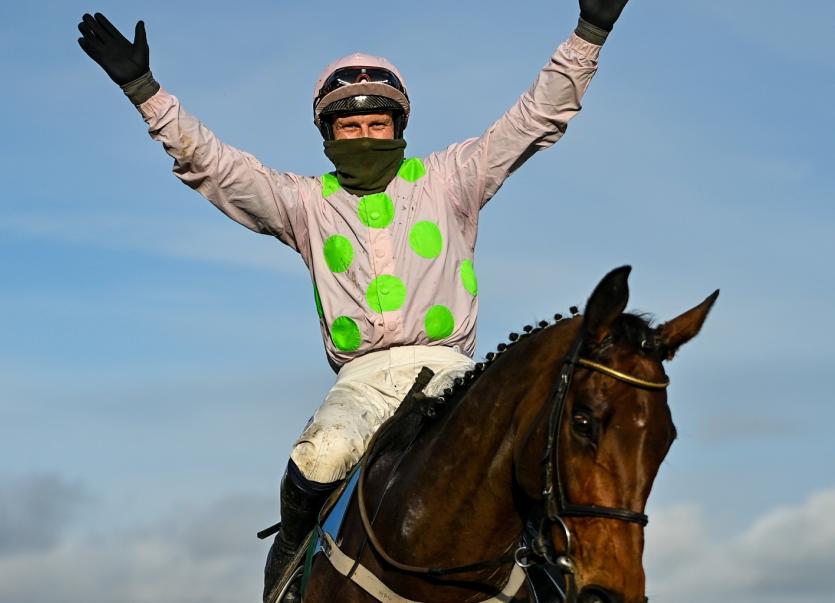 It was a glorious Christmas period for the Clonsutton based Willie Mullins as he trained 16 winners between Leopardstown and Limerick.

The incredible haul included six grade one winners as he amassed over €500,000 in prize money.

Although red hot favourite Asterion Forlonge fell in the feature Matchbook Betting Exchange Faugheen Novice Chase at Limerick on St.Stephens day over 2m3f, the stable still picked up the pieces with exciting youngster Colreevy running out the winner.

That success rather summed up the next few days and just before Colreevy's victory, Franco De Port ran out a cosy winner under the tutelage of Bryan Cooper in the Racing Post Novice Chase at Leopardstown.

Stable jockey Paul Townend missed out on both of those premier victories but he more than made up for it a day later as he rode three winners for the champion trainer at Leopardstown.

Despite securing a couple of Grade 1 contests it got even better for Townend and Mullins later in the day as they took home  the feature handicap of the week in the Paddy Power Chase as top weight Castlebawn West made all to fend off his rivals.

The icing on the cake was still to come however as Mullins brought home four winners on both day three and four at the Foxtrot venue.

December 28 saw Gaillard Du Mesnil, Dandy Mag and The Big Getaway all come out on top and while Mullins did saddle the second, third and fourth in the Grade 1 Savills Chase he got a bit of consolation when his son Patrick rode Ramilles to victory in the concluding bumper.

Patrick was only getting going at this stage as he guided Sharjah to a third successive victory in the Matheson Hurdle on the final day.

That success followed on from Paul Townend gaining another treble with Monkfish claiming victory in the Grade 1 Neville Hotels Novice Chase to add to Stattler and Concertista claiming wins earlier in the day.

Speaking to the Irish Independent afterwards he added- "I was wondering if the horses were sick after the first two races on Friday. We aim a lot of horses for here, but I suppose I'm pleasantly surprised. I was hoping for a good Christmas, but it's well ahead of what I expected. You don't expect this sort of stuff,".

"We set up our gallop differently. Every year during the summer, we have a think tank after Punchestown and see what we're going to do the following year. You try and tweak things and you hope that the changes that you make will be for the good and it's working well this year."