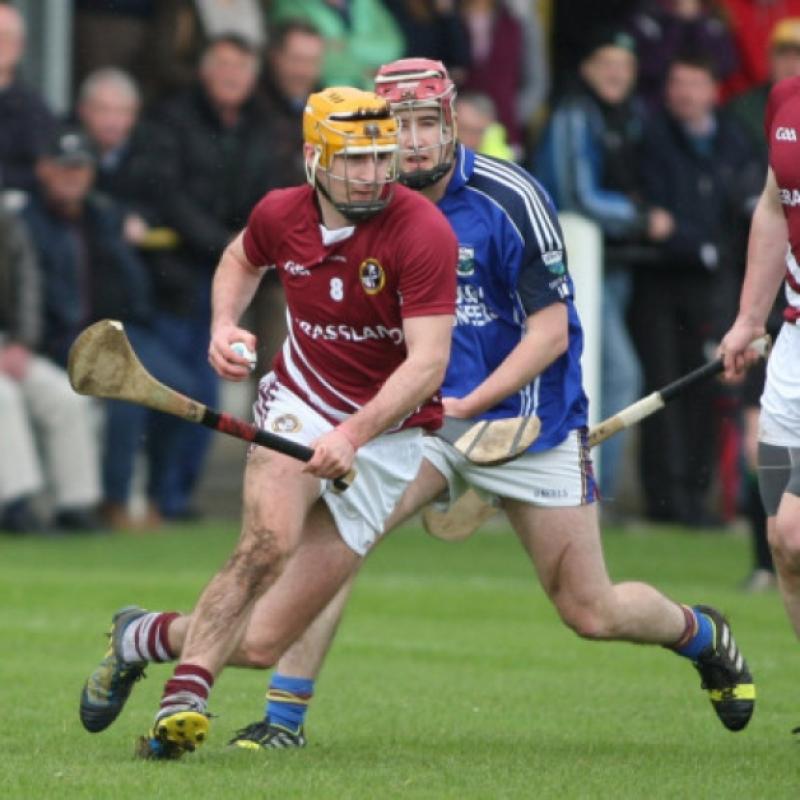 A 53rd minute booted goal by a hurleyless Martin Gaffney turned this well contested senior hurling league tie in Freshford and put Dicksboro on the way to their first win.

A 53rd minute booted goal by a hurleyless Martin Gaffney turned this well contested senior hurling league tie in Freshford and put Dicksboro on the way to their first win.

Gaffney fielded a sideline ‘cut’ from Paul O’Flynn before bursting through the last line of the Erin’s Own (Castlecomer) defence to score at the town end. The goal gave the ’Boro the lead again (3-10 to 3-7) and with later points from match star, Cillian Buckley (2) and Shane Maher the got through in the end.

Erin’s Own defended the Threecastles end in the first half, and playing into the teeth of the strong wind they set up shop with seven defenders, stylish centre-back Conor Fogarty operating in a sweeper role. They employed the tactic well. They kept the opposition on a tight rein, sharing parity four times during the opening quarter after enjoying the benefit of a fourth minute goal from Peadar Boran.

A late tackle on O’Flynn earned Buckley the lead point for the hard running ’Boro in the 18th minute, and quick additions from Derek O’Gorman and Maher got them into a nice rhythm. In the 27th minute Shane Maher was well placed at the end of a Gaffney solo run to shoot to the net to carry the winners 1-9 to 1-4 clear at the break.

Erin’s Own exploded into life after the turn. Michael Murphy converted an early free before Martin Hawley drilled home a goal in the 33rd minute. Things got even better in the 36th minute when Boran rose high on the edge of the square to touched home a long delivery from Fogarty (3-5 to 1-9).

The ’Boro gave chase, and with Ollie Walsh dropping deep for them, they clawed their way back to level terms. A 40th minute goal from Oisin Walsh, made by lovely plays by Cillian Starr and Buckley, boosted their spirits hugely and piled the pressure on the opposition.

Erin’s Own responded well when behind, and with 10 minutes left they levelled with a lovely point from midfield by full-back, Robert Moran (2-10 to 2-7). Gaffney’s goal was the next score, and that tilted the balance for Buckley to lead top performing colleagues Kieran Cuddihy, Robbie Fitzpatrick and the strong finishing Gaffney to a good win.

Along with Fogarty, the losers had top performers in Conor Delaney, Martin Boran,Robert Moran and Peadar Boran.