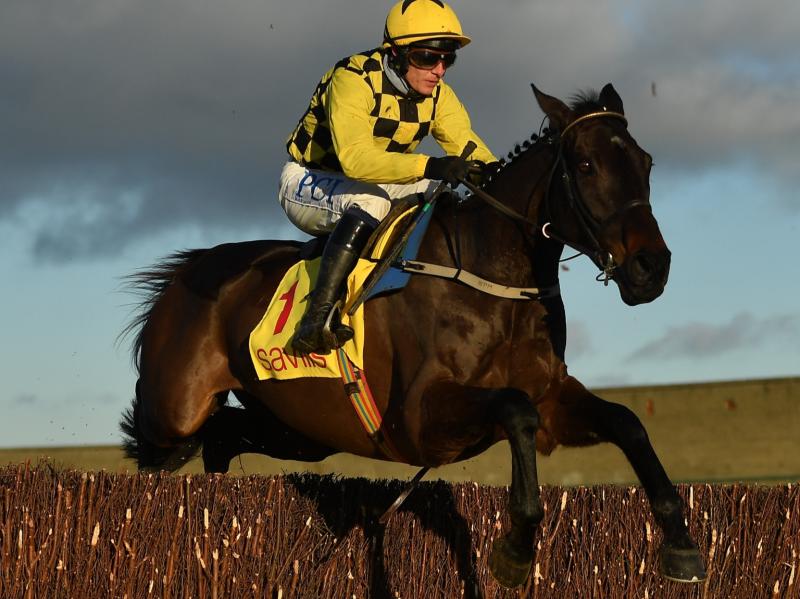 Al Boum Photo on his way to victory in the Savills Chase at Tramore on New Years Day. Picture: Sportsfile/Seb Daly

The back to back Cheltenham Gold Cup winner was having his customary first run of the season and he was rarely threatened as he ran out a resounding winner in the Grade 3 2m5f contest.

The nine year old will again be aimed at the Gold Cup in March and he is favourite to become the first horse since Best Mate to win the blue ribband event three years in a row.

The Clonsutton based trainer is a man of habit and with Al Boum Photo his only Gold Cup winner he intends to stick to the same formula that has worked over the last two seasons and he won't be seen on track again until March.

The race itself was fairly routine and despite one or two shaky moments for jockey Paul Townend,  Al Boum Photo took control in the closing stages to beat fellow stablemate Acapella Bourgeois by up to 20 lengths

It's a big relief," Mullins admitted.

"It was nerve-wracking watching him going around there. The sun was a worry and it probably cost Brahma Bull who fell at the second fence.

"He jumped very well and Paul Townend said he was just so idle on his own in the middle of the race, he didn't even think he was in a race. He had to roust him up down the back, but once he got racing he was fine. Lack of company was a bigger worry for Paul.

"The ground was very, very testing out there. We are happy with his performance, he did what he was asked to do. We just hope now that he comes out of it sound and well and we will plan for the Festival. That's the first hurdle jumped anyway.

"Halfway around today I was thinking it would have been easier to go to Leopardstown because there would be less focus on him. When you come here, you have to win and you have to win nicely and he did all those things.

"I usually like to do what has worked before and hopefully it will work again. A lot of ours are improving for their first run of the year and I'm expecting him to do the same."