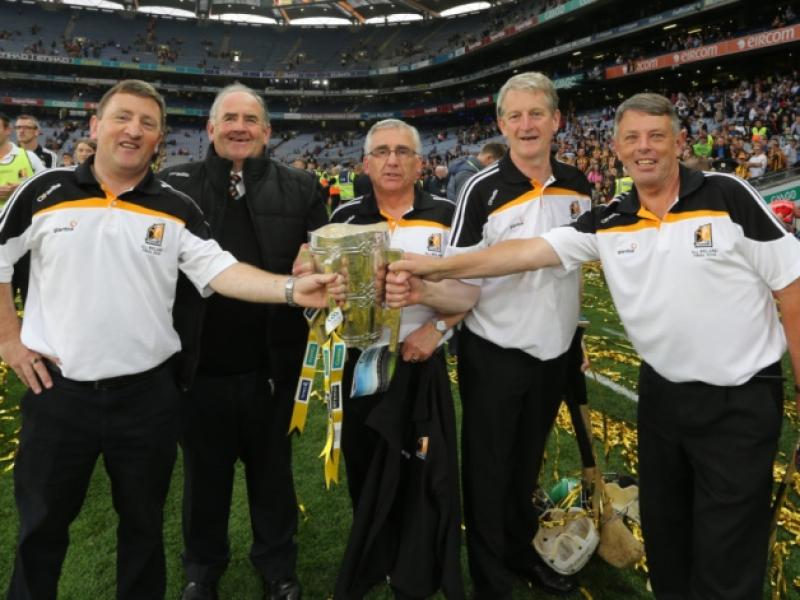 One of the last people to leave the dressing-room, there was an contented air of satisfaction around Ned Quinn as he took in the latest senior All-Ireland success.

One of the last people to leave the dressing-room, there was an contented air of satisfaction around Ned Quinn as he took in the latest senior All-Ireland success.

“It’s been an exceptional end to an exceptional season,” said the Co Board chairman. “The players have won every competition they’ve entered - the Walsh Cup, National Hurling League, Leinster championship and now the All-Ireland.

“The League went to extra-time and the All-Ireland final went to a replay - they never knew when they were beaten,” he added. “I think that epitomises the spirit in the squad, who were driven on by the manager, Brian Cody.”

Despite all their success, even the chairman was surprised at how the team continues to find the hunger to win more.

Spirit to drive on

“The most difficult thing to define is how they keep finding the spirit to drive on year after year,” he said. “I’d have to say a lot of that comes from the manager. He is a fantastic guy who has been leading this team for 16 years. Between replays and everything we’ve been here in Croke Park 15 times for All-Ireland finals.

“Of that we’ve had 10 wins,” he said. “It’s a colossal record. Throw in eight League wins as well and it only extends the impressive return.”

Mr Quinn has spoken before of how Kilkenny fans are living in a golden age of hurling. Given the way Cork and Clare delivered a thrilling final (and replay) in 2013, many thought that time had come to an end. However, the Cats are still here.

“Teams try different things and approach the game in different ways, but everyone knows the fundamentals of hurling stay the same,” he said.

“That’s one of the strengths of our game; we stick to the fundamentals. We would have to be boosted this year too by the victory of our minors - now we have another set of young lads coming along. We had a good year under-age too. As always there’s a good future for Kilkenny.”

Speaking of the under-age scene highlighted a rich vein of form coming through.

“We had two teams in the colleges All-Ireland final,” he said, recalling the clash between St Kieran’s and Kilkenny CBS at Nowlan Park in April. “We won the minor All-Ireland while the under-14, 15 and 16 grades performed exceptionally well in their competitions.

“Provided we keep our feet on the ground and provided the committee work hard - we have a meeting this week to look at our programme for next year with the under-age teams - the seeds have been sown for the future.

“We will also have Dunmore and the floodlit training pitches coming on stream this year too,” he added.

“The senior team is the shop window, no doubt about that. Our role is to make sure we keep providing the reinforcements! As great players come and go, it’s all about replenishing that side.”

The chairman was warm in his praise for the hurlers, but was quick to acknowledge the families, clubs and all who helped the panel reach the top.

“I would describe it as the constituent parts of the GAA in Kilkenny,” said Mr Quinn, who has always been quick to recognise the behind the scenes work. “The families are first. After that you have the clubs, the people in our primary and second level schools and the people who work with our under-age teams at county level.

“All of these people know that their job is feed into what will eventually become the senior team. That’s one of the things that keeps the run of success going as well.

“You don’t have to win every year - although we have won five minor All-Irelands in the last ten years - but if you get two or three good players each year you keep everything rolling. That’s our ambition - to keep producing those players for future senior teams.”

And while the hard work has paid off for 2014, there’s no sign of the Cats slowing down.

“I’ve always described Kilkenny hurling as being on a journey,” he finished. “There’s no destination - it’s all about the journey!”