Lester left his mark with all Irish address 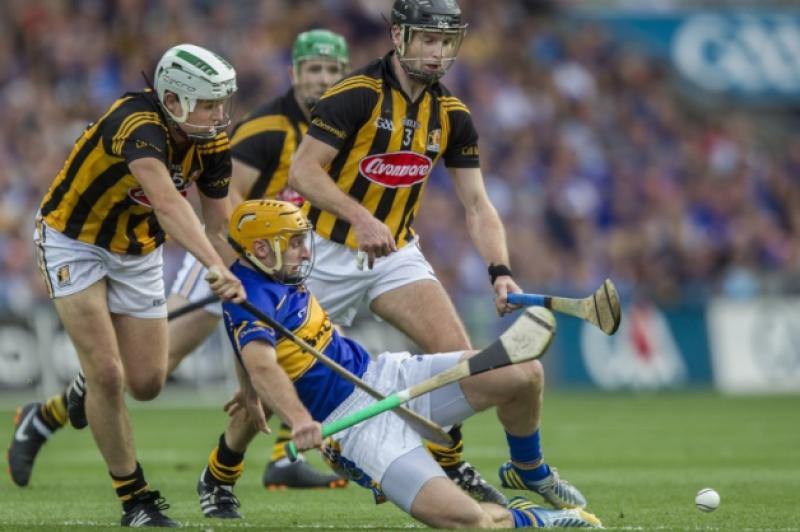 He was the non-playing captain for much of the game, but when the call came, Lester Ryan was ready.

He was the non-playing captain for much of the game, but when the call came, Lester Ryan was ready.

And he was ready for the afters too, and in delivery an all Irish victory speech after receiving the Liam MacCarthy Cup on behalf of Kilkenny, he created history.

Never before, apparently, has the cup been received by a captain who failed to utter one word of English.

“I said to myself I was only ever going to get a chance to do it once, and I said I would do it all in Irish and have it memorable,” beamed the St Kieran’s College teacher when asked about the address. “That was the plan.”

It worked a treat, and President Michael D. Higgins, who was nearby, appeared hugely impressed by the Clara man who came on as a sub in the 66th minute.

“It was a great day for Clara,” Lester beamed. “I can’t wait to bring the cup to the parish.”

Lester felt the final was a brilliant match.

“To win it in a replay was fantastic. Henry winning his 10th medal added to it. At present this is the best one, because it is after happening now. It was an amazing win, though.

“Tipp were super the two days. It is very hard to kick on after the anti-climax that was the drawn match. Everything was coming to the point of the All-Ireland final, and you have nothing planned after that only to relax. Next you are back in training. We were back training the next day.

“As soon as you settled into it, it was great. The weather was good. There was no better place than to be in Nowlan Park training. Lads said there was nothing better than training for an All-Ireland final. We got to do it twice.”

The 26-year-old said a massive game took massive character to win. The likes of Padraig Walsh, Kieran Joyce and John Power who didn’t play the last day were “absolutely brilliant”; Henry made a difference too.

“In Kilkenny it is all about the panel,” Lester insisted. “We have been saying that all year. At times lads just say that, but it was the panel that won this All-Ireland.

“From a personal point of view, it was great to get on the field. It was nice being on the field when the final whistle went. It is a moment I will never forget.”

He laughed when he said the game was flying when he was put on.

“It felt like it was going to go on forever,” he smiled when talking about the additional time played beyond the 70 minutes. “Three minutes is a fierce long time to be waiting when you waiting for something as sweet as winning an All-Ireland.”