He was dropped in at deep end, but the young Power lad did well 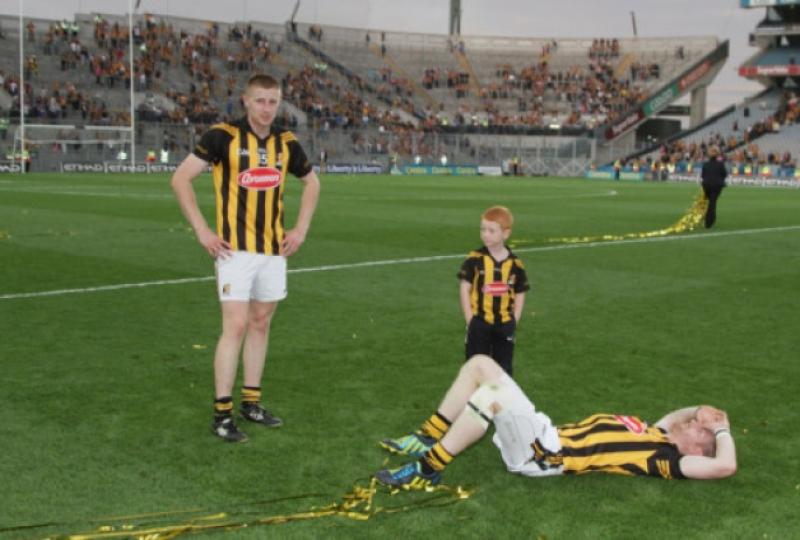 When the Kilkenny team for the All-Ireland senior hurling final replay was announced on Thursday evening, there were gasps of incredulity from a wide raft of supporters.

When the Kilkenny team for the All-Ireland senior hurling final replay was announced on Thursday evening, there were gasps of incredulity from a wide raft of supporters.

There were two major defensive alterations, but the forward alteration had people talking most, wondering about the possibilities.

The selectors had yet again parachuted a comparative greenhorn into the full forward line for a final, and against a tried, trusted and very special corner back in Cathal Barrett.

It was generally felt that young John Power (22) would have a torrid time against a hardy performer like Barrett. At worst, some opinion went, he would get the bent finger treatment at some stage and that the people’s choice, ‘King Henry’, would be taking up residence in the corner.

Others, of course, were of the opinion that Brian Cody knew exactly what he was doing and they trusted the maestro. Why not?

Hasn’t he done this sort of thing on countless occasions in the past, and it always worked out?

The thinking was that the great Cody ‘pulled’ the same kind of trick out of the bag in 2012, only it was no stunt. He fired in Tullogher’s Walter Walsh against Clare in an All-Ireland final, and the county at large gasped in disbelief.

The rest is history, as they say.

Could it happen again, we wondered?

Surely the experienced Henry Shefflin was a safer pair of hands, a safer bet?

Henry’s presence, it was argued, would unhinge, unsettle the young Tipp full-back line.

He looked at ease

We watched the demeanour of the new kid on the block during the warm-up exercises on the Croke Park pitch, during the parade and the national anthem.

There were no give-away signs of anxiety, unease or nerves. He looked in real good shape, as if he were ready to let rip from the word go.

True what they say, never be afraid to give a good young lad his head. Power has class, and he has pedigree. He has that daring streak manager like.

It was suggested that his inclusion on the same line as his more illustrious brother, Richie, could cause problems for either or both. His first attempt at constructive work was awkward and unprofitable.

He went to take on Barrett as he came charging out, ball in hand, but the debutant missed the tackle by the proverbial mile. Losing his footing as he attempted a turn didn’t help.

There were not too many balls being flighted to any of the forwards, never mind the young Carrickshock lad. In fairness, one could make the point that 80% t of the deliveries from outfield to the Kilkenny forwards were badly flighted.

Most of them were tailor made for defenders, arriving as they did from the illuminated heights. Good defenders, and Tipperary had an abundance of them, would take that kind of service in their stride all day long.

Mind you the baby Power (pardon the pun) set up Kilkenny’s first score when he raced on to a long delivery from Cillian Buckley to tap it to the scorer, Richie Hogan.

After nine minutes Hogan opened the Kilkenny account, and never was a score more needed to kick-start a campaign. The exchanges were horse-power, where every blade of grass was a Maginot Line.

Enormous levels of energy were being extended by both sides. The Kilkenny defence was heroic, giving nothing away. Ditto the Tipperary defenders.

Forwards on both sides were denied even lifejackets as they swam in shark pools manned by marauding hunters. John Power was trying his life for some purchase, but he was finding life difficult.

Richie Power went outfield to source some advantage, but his best efforts were for newt.

Would there be changes after half time we wondered?

There was none of the expected kind, just a shifting of personnel.

Richie Power went to 10; John remained at 15, while Colin Fennelly went to 14. Eoin Larkin roamed away from Fennelly and the youngster.

Things started to happen, however.

Tipperary goalie, Darren Gleeson denied Richie Power a certain goal one minute after the restart. Power fired over a monster of a free to narrow the gap to a single point 60 seconds later.

By the 39th minute Colin Fennelly had Kilkenny in front. Fennelly was flying at full-forward, and young Power was a very able decoy, keeping Stapleton away from offering help to a hesitant, under pressure James Barry.

Richie Power was fouled as he tore towards the Tipperary goal, and Kilkenny were now three points ahead by the 43rd minute when T.J. Reid shot over the free.

After a hectic bout of ferocious play around the 51st minute, the team that scored as a result would certainly be laying down a notable marker.

John Power was available for a pass from Cillian Buckley, having won the dirty ball, and from 50 metres out from the Tipp goal, Power belted a seminal point.

It was worth London, as they say in Threecastles.

Within a minute, John Power was set up by the industrious Eoin Larkin for a certain goal. Darren Gleeson denied him with tremendous courage.

Croke Park was rocking with raw emotion. Padraig Walsh shot a line ball to Richie in the 57th minute. Grabbing it in front of Padraig Maher’s face, he turned and blasted a tremendous goal, affording the Cats a four point cushion.

It was to get better for Kilkenny and the Carrickshock brothers. At 62 minutes, a concerted Kilkenny drive, led by Colin Fennelly was blocked, but the ball was not cleared.

Michael Fennelly had a rattle, but it too was blocked. A flick by Eoin Larkin looked goal-bound, but Gleeson managed to deflect the ball into the air. Arriving like a back-street stalker, John Power jumped at the rising ball and managing to flick it into the Tipp net.

Kilkenny led by six points, but there was still nine minutes remaining. Tipp were not for throwing in the towel. ‘Bubbles’ slotted a 65 and Brendan Maher shot a point from play.

It was cardiac arrest time for many. Some hearts nearly stopped when Seamus Callanan buried a great goal in the 69th minute. Colin Fennelly pilfered a magical insurance point to bring to an end yet another priceless gem in the treasure trove of hurling booty.

Everyone will have their heroes, but for this writer, I was thrilled for Ann and Richie Power, great, great Carrickshock and Kilkenny hurling people. Their boys did well; even better than well.

PS: Loved the retort of Richie to a Joanne Cantwell (RTE) question in Nowlan Park about medal numbers: “We have more All-Ireland senior medals in the house than Henry. I have seven, John has one, and my father has three”.