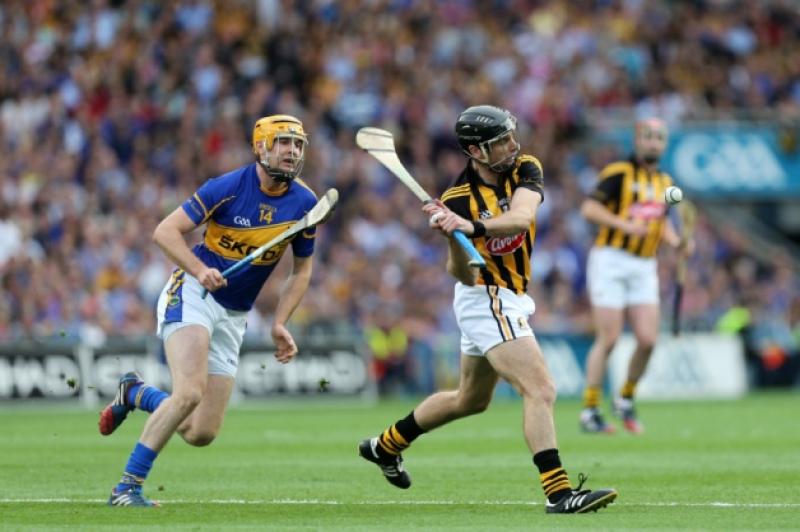 The buzz-word for team manager, Brian Cody whenever - and that is often - he is called upon to sum up a Kilkenny performance is spirit.

The buzz-word for team manager, Brian Cody whenever - and that is often - he is called upon to sum up a Kilkenny performance is spirit.

He never fails to underline the performance with the spirit word, which is so much a part of what is central to all performances, win or lose.

Whenever the history of the ‘Cody era’ in hurling is written, the All-Ireland final replay of Saturday, September 27 will be riddled with the spirit word.

Down the years pundits invariably point to the contributions of forwards generally as their major players in victory. As in most sporting disciplines, the guy - or girl - that troubles the scorekeeper generally grabs the piece of glass as the marquee player.

Seldom is there a mention of a defender when a man-of-the-match gong is in the offing, but from the very second that Brian Gavin threw in the sliotar there was never a doubt but that a defender would grab the headline.

And let me say that there could have been a nominated winner on the blue and gold side of the demarcation line too.

When RTE analyst Michael Duignan nominated Kilkenny’s Kieran Joyce as the man of the match in Saturday’s epic final he was hit with other suggestions from his fellow commentators in the press area.

After the emotionally charged rendition of Amhráin na bFhiann I noticed that other than Eoin Murphy, the Kilkenny sextet of defenders waited in a huddle until the Tipperary forwards arrived.

Paul Murphy took up Lar Corbett, while J.J. found Seamus Callanan. Kieran Joyce had no problems assigning himself to ‘Bonner’ Maher, while the bould Jackie Tyrrell aligned with the very dangerous ‘Bubbles’.

The Tipperary management team were more than obvious in their assessments of the possible weak link in the Kilkenny defence as they had ordained that as much ball as possible should be pumped down on talisman, Patrick ‘Bonner’ Maher.

Joyce won the first round. He won the second as well, and one would have to say that if the match-up was a boxing contest, the Rower Inistioge man would have had the fight stopped.

At game end, the ‘Bonner’, great warrior that he is, was simply a beaten docket.

The quality of the defending was intoxicating. The heat around both set of back divisions was lava hot. You could reach out and grab globules of the action.

In years to come people will have their own interpretations of the same incident, and whilst the telling will not be decimated for the need of passion, the terminology used will differ from person to person.

For instance, when the story of J.J. Delaney’s ambush of Seamus Callanan in the 17th minute is retold a thousand times, you will get a story of a thousand different hues.

But the core element of the encounter will not alter one single whit. I will take the cameo - my version - to my grave.

For once ‘Bubbles’ slipped Jackie. Kilkenny were in front by one (0-5 to 0-4). The Tipp forwards were slightly more threatening than their Kilkenny counterparts.

O’Dwyer laid off a pass to the Drom and Inch man, who ripped towards the Kilkenny goal. We harboured bad thoughts about the ageing of our marvellous full-back. We need not have worried.

The young colt had the legs of the legendary Fenians (Johnstown) man. Or so we thought. But with the accuracy of an Einstein calculation, Delaney - me life on ya Delaney roared Pete Dowling from down Mullinavat way - a diving J.J. slipped his hurley under Callanan’s stick with the care and attention of a Renaissance sculptor to prevent the stroke.

We all roared: “Me life on ya Delaney!”

Entire portfolios of such courage and determination were obvious throughout the game, and not all at the same end of the field.

Padraic Maher was colossal at the Tipperary end, as were his two corner men, Barrett (a certainty for young hurler of the year) and Paddy Stapleton.

Both sets of defenders suffocated the oxygen from the determined efforts of the opposing attackers.

At the black and amber end of the pitch, Jackie Tyrrell gave O’Dwyer plenty of tips as to what he must improve on if he wants to play with big lads on All-Ireland final days.

The general consensus of those experts who think they have all the answers was that Kilkenny would implode; they just could not withstand the Tipp pressure much longer; they were bound to buckle.

Will you ever forget how he made a corkscrew of himself to deflect that last Tipp goal effort out for a 65?

The clearest defining statement made by the Kilkenny defenders was the fact that they never hung out each other to get skinned. Every Tipperary player in the vicinity never met less than two Kilkenny defenders as he tried to barrel his way forward.

Padraig Walsh (a former Kilkenny manager’s selection for MoM) laid every element of his metabolism on the line for the Kilkenny cause - a Rolls Royce with twin carburettors.

And then we had another All Star who must have run two marathons to help team mates, and his county, over the line. Cillian Buckley has been Mister Consistency all season and he certainly underscored his considerable contributions over the entire campaign with a marvellous shift at number seven.

It takes scores to win games, but prevention is often more rewarding than troubling a scoreboard keeper.

Did the Kilkenny defensive tactic work on Saturday?

Some 504 hours previously, Tipperary nearly won the All-Ireland final, which would have been their 27th.

They recorded 25 scores from play that afternoon.

On Saturday, in similar circumstances they managed a paltry 10 scores from play. Draw your own conclusions.

Replays can often be decided by what you learned in the drawn match. The figures would suggest Kilkenny learned a lot. They use the information well.

They won the All-Ireland senior hurling championship of 2014.