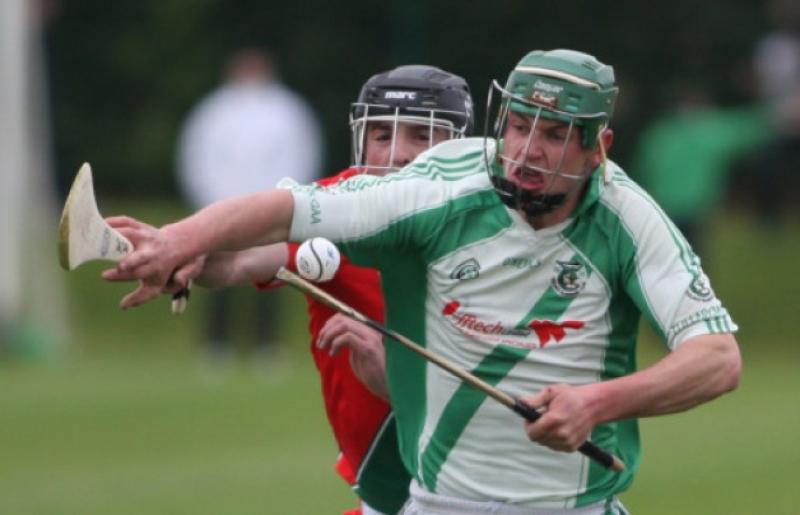 The winners finished smartly. After defender James Maher was stretchered off with a hip injury there was a delay in the play, which finished Tullaroan’s rhythm. Martin’s then lashed over the closing five points without reply to register their first win of the season in the senior hurling league.

A strong wind blowing right down the field towards the river end had a fair influence on proceedings. The winners opened with it and did well, building up a decent half-time lead of 0-12 to 0-6 after shooting five wides before opening their account.

Tullaroan did okay when they got the backing of the elements. They had the arrears back to 0-14 to 1-9 after Mark Walsh scored a good individual goal in the 43rd minute, but thereafter they began to fade and they never threatened seriously afterwards as they suffered their second defeat.

Tullaroan, with former county favourite Tommy Walsh playing at midfield and inching back towards better form, looked threatening enough when they opened with points from Padraig Walsh, the best player on view, and Mark Walsh, following a foul on Martin of the same name. After St Martin’s eventually found their range, John Maher hit a brace of score to level.

Wing-back Brian Byrne pointed from near midfield in the 13th minute to put Martin’s in front, and there they stayed to the finish. With James Dowling, Canice Maher and Paul Maher hurling particularly well during this period, they rolled off the points per the said Paul Maher, John Maher and the towering Brian Maher to lead by 0-8 to 0-2 passing the 20 minute mark.

If Tullaroan looked troubled, they picked up things again. Late scores from Mark Walsh (2), Shane Walsh and Paul Buggy left them within shooting distance of the opposition at the break (0-12 to 0-6).

Martin and Peter Walsh slotted over Tullaroan point early in the new half to suggest they were ready to charge. They surrendered the next three scores to goalie Colin McGrath (free), Paul and John Maher to lose traction. Then they came again after Paul Buggy shot a minor and Mark Walsh burst through the Martin’s defence to shoot a good goal (0-14 to 1-9).

As good as it got

Alas, that was as good as it was to get for Tullaroan. In the next big play Michael Morrissey picked off a nice point for Martin’s. That was followed by one from Paul Maher, with an assist by Morrissey. John Maher then slotted over a free (0-17 to 1-10). Suddenly the game was going from Tullaroan again.

A terrific Padraig Walsh did all he could - he tried too hard, actually - to save Tullaroan, but with Brian Mulhall producing some big plays for the winners, and Patrick Nolan and John Maher doing likewise, they saw things out without too much bother.