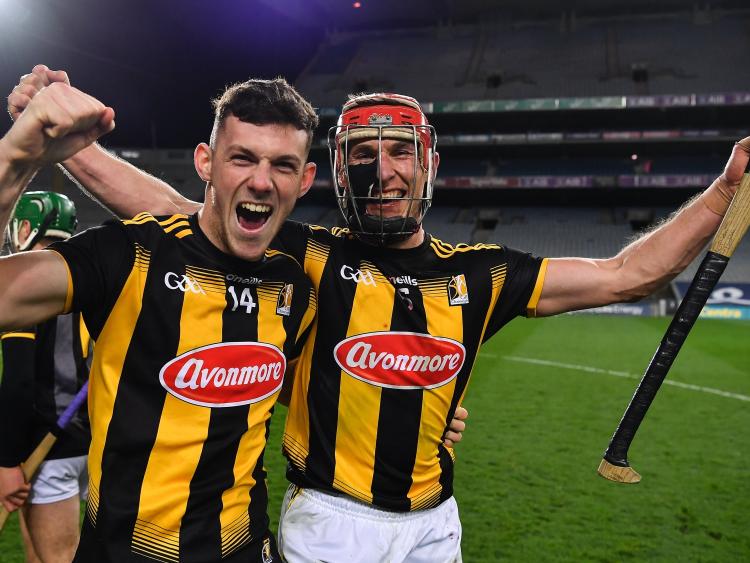 After going down to a heavy loss against near neighbours Tipperary in the previous year’s All-Ireland senior hurling final, 2020 was always going to be a pivotal year for the Kilkenny hurlers.

That defeat to the Premier County was their second in four years at the hands of the same opposition, so major improvement was needed if they were to pick up a first All-Ireland title since 2015.

Brian Cody was entering into season number 22 as Kilkenny manager and despite it being heavily disrupted by the coronavirus pandemic it proved to be relatively successful as they won their first Leinster Championship in five seasons.

The Cats edged an end to end tussle with old foes Galway under the lights at Croke Park in November with super sub Richie Hogan emerging from the bench to help himself to a tally of 1-2 as Kilkenny ran out 2-20 to 0-24 winners, with TJ Reid also finding the net on the night.

That victory saw them seal a semi-final date with Waterford where, despite leading well at half-time on the back of goals from TJ Reid and Martin Keoghan, they were unable to fend off a hurricane-like comeback from Waterford.

Stephen Bennett and Darragh Lyons both found the net while the likes of Austin Gleeson, Dessie Hutchinson and Jamie Barron were all to the fore as the Deise shocked Kilkenny with a superb display.

A lot more questions than answers will have emerged from that Kilkenny collapse though ahead of the new campaign.

The competitive fare kicked off with the National Hurling League and under a new split structure the Noresiders ended up in a group with Clare, Wexford, Dublin, Laois and Carlow.

Kilkenny have always taken the league pretty seriously and they began in that fashion with a 12-point win over prospective championship opponents Dublin on the opening day in Nowlan Park.

A facile victory over Carlow followed a week later before Kilkenny travelled to Wexford Park for another crack at the then-Leinster champions.

Again Kilkenny were out of luck as they fell to a narrow two point defeat before they shared the spoils with Clare in the next game.

The Cats rounded off the regulation part of the league with a reunion of sorts as they took on Laois, who were managed by former Kilkenny star Eddie Brennan, in Nowlan Park.

It was the home side who fared much the better with Ballyhale Shamrocks Eoin Cody emerging as a real talent in Brian Cody’s armoury on that day.

Under normal circumstances the three wins would have been enough to secure a place in the knockout stages of the league but after the pandemic hit that plan hit the shelves with top placed Clare and Limerick playing out the final as part of their Munster championship clash later in the year.

After the club scene took centre stage throughout the summer months, it wasn’t long before county fare was back on the agenda with the Leinster championship reverting to a knockout style.

After reaching the 2019 final, Kilkenny went straight into the last four where they awaited the winners of Dublin and Laois.

It was the side from the capital that eventually came through to face a new look Kilkenny team who had a number of fresh faces in their ranks including Cody and Ciaran Wallace while the likes of Paul Murphy and Joey Holden watched on from the bench.

Despite coming in cold Kilkenny produced an imperious first half display with TJ Reid, Billy Ryan and Colin Fennelly all finding the net as the Cats led by 17 points at one stage.

In a sign of what was to come down the tracks Kilkenny surrendered that lead, however, and were very lucky to come away with a one point win in the end.

As a result of that close shave Galway went into the Leinster final as strong favourites after beating Wexford rather convincingly.

Although it was close all the way through the Tribesmen seemed to have the upper hand until Kilkenny struck for two quickfire goals from Hogan and Reid that changed the game.

Galway did get back level but Kilkenny still had energy in the tank to see out a victory that was celebrated in style.

In total eight of the starting 15 were picking up their first Leinster medal and they all had a big role in the victory in Croke Park, which earned a 72nd provincial title for the county.

The Leinster success meant Kilkenny went through the front door to an All-Ireland semi-final with Waterford waiting in the wings.

Brian Cody shook things up a bit with the likes of team captain Colin Fennelly and Walter Walsh dropping out of the side and the changes seemed to be working when Kilkenny led by eight points at the break.

Everything that could go wrong did go wrong in the second half though as Waterford sealed their place in the All-Ireland final.

Kilkenny would have loved to have a crack at subsequent champions Limerick to get a real feeling as to where they stood but they still have a bit to go to reach the level of the Treaty County as things stand.