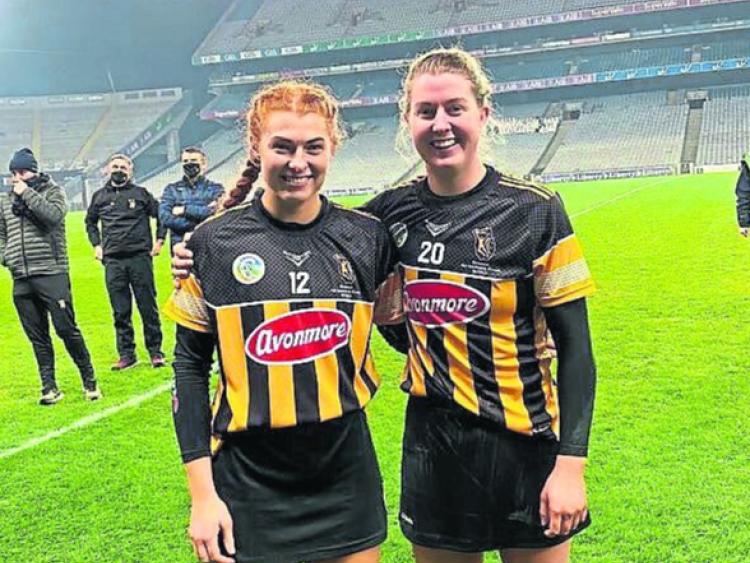 What do you get when you combine two sisters, a cruciate ligament injury, a Player of the Match award in the All-Ireland camogie final and a pandemic?

The answer would be the most unlikely season endured in 2020 by Kilkenny camogie stars, Aoife and Kellyann Doyle.

A different approach was needed and the Doyles - and the rest of the panel - apparently found it in new management.

Stalwart Ann Downey stepped down after the 2019 All-Ireland loss and was replaced by former Kilkenny hurler Brian Dowling.

Having served under Downey as a selector in 2019, so his calm persona was simultaneously familiar and refreshing as manager.

For the Piltown sisters, playing under Dowling was a differing experience. Downey had brought Kellyann into the establishment - she was all Kellyann knew, while Aoife was a newer addition to the squad and didn’t find the change as seismic.

However, both agreed on the benefits that Dowling brought to the setup, including his backroom team of Tommy Shefflin, Ray Challoner, Philly Larkin and Pat O’Neill.

“It felt like he’d really done his research and got a good backroom team in with him,” they said. “We’d had him before, so we knew he was good and going to do a good job.”

Aoife had been coached by Shefflin at WIT for the previous three years as well, so she was particularly conscious of the professionalism he brought to any team he was involved with. When I mentioned that camogie has struggled to be regarded as a “serious” sport when contrasted with hurling, both were quick to agree.

However, they also pointed out the dedication of their management ensemble and said that they couldn’t expect anything more out of them.

During the League in March, Kellyann tore her cruciate ligament. Ironically, the injury couldn’t have occurred at a better time.

Ireland entered full, nationwide lockdown for the first time on March 27 and with Gaelic games indefinitely postponed, it looked as though an end of season return was possible.

For a while, this perfect dream seemed to be coming true. Surrounded as she was by family and helpful physios, it felt like “no time at all” until she was back on the move.

“Suddenly I was back up in Santry (Sports Surgery Clinic) getting a checkup, and they said I was progressing well,” she said.

“Then I was back with Nicola (Aylward, Kilkenny physio) and she said ‘we can start running’. Once you get the ball rolling with the rehab and you start running it all flows from there.”

Lockdown also brought other positives. There was unanimous agreement on how the break it provided was enjoyable. Between club, college and county commitments the duo hadn’t enjoyed a proper break from camogie for quite some time.

“The segregation between club and county action was also beneficial,” they said.

“The younger members of the club were ‘driven on’ by the consistent presence of the intercounty players and the higher standard of training had a knock-on effect that benefitted the whole squad.”

The much-delayed championship finally began in October, with a comfortable seven-point victory over Waterford. The match also served as the Cats’ first piece of championship action since the 2019 All-Ireland, equating to a 13-month layoff.

Kellyann was ruled out for another few weeks, which meant Aoife was the only Doyle available to make an impact. While she didn’t make the starting 15, this only served as motivation for the upcoming games against Westmeath and Limerick.

“When they announced the team for Westmeath I knew that I had to prove myself to show them that I wanted to be starting,” she said. “I said I’d just put my head down and go hell for leather.”

The semi-final against Cork in Páirc Uí Chaoimh, while being the gateway to a potential fifth consecutive All-Ireland final, also served as the reunification of the sisters on the field of play (albeit briefly).

Aoife started at number 12 and put in a stylish, hardworking performance, while Kellyann made her return to play with 55 minutes on the clock.

The Cork game, more than any other match during the season, demonstrated the shift in attitude amongst the squad. The first water break saw the Cats head in four points down, but a determined performance saw them fight back to grind out a two-point win.

Finally, the All-Ireland loomed. Scheduled for 7pm on December 12 it was always going to be a surreal final, even before other elements - no crowd, no families or a curtain-raising game - were factored in.

However, one thing that didn’t change was the single-minded focus that the team brought to their preparation and to gameday itself - amidst, of course, the camaraderie that entails naturally from team sports.

“Even at training, everyone’s there and having fun,” they said. “That atmosphere would settle you as well. You would just chat away to whoever’s beside you at training. That bit of craic and messing would bring you closer in the end.”

While Aoife was named to start, Kellyann’s appearance was a last-minute surprise to those outside the camp. The programme indicated that Laura Murphy would be starting at midfield, but Kellyann replaced her, wearing number 20.

Dowling had pulled her out of the line for the physio six days previously and told her she’d be starting, but to keep the news secret as the team hadn’t yet been named.

“We’d had an in-house practise match on the Friday and I was happy enough with how I played,” Kellyann said.

“When he called me out I was kind of 50/50, I thought he might tell me I was going to be put on for the last 20 minutes. To be told I was starting was kind of surreal, I’d only played the last few minutes against Cork.”

All-Ireland day arrived regardless, a crisp and cold December Saturday, in which Kilkenny faced Galway.

As reigning champions, the Tribeswomen were deservedly confident in their search for their first ever back-to-back All-Irelands. It’s likely, however, that Kilkenny’s testing semi-final gave them the edge. Cork’s more significant challenge served the Cats well as a warmup, as they emerged deserved winners over Galway.

Incessant harrying, blocking and hooking meant that the Galway forwards were kept as quiet as possible, while similar intensity over the rest of the field saw the Cats well rewarded on the scoreboard.

Both Doyles put in stellar performances, but Aoife was the deserved recipient of the limelight. With four points from play, including two agonisingly close chances for goals, she received Player of the Match - an exceptional achievement for her first full All-Ireland.

Strange as the season may have been, I can only imagine that there’s something about lifting the O’Duffy Cup as champions of Ireland - with your sister by your side - that never gets old.