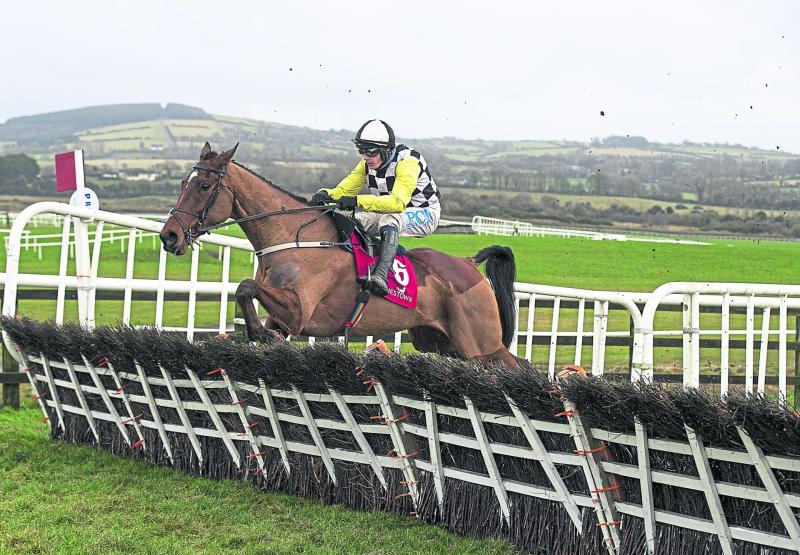 Willie Mullins added to his Naas double with two more winners at Punchestown on Sunday.
Mullins won both divisions of the Happy Birthday Sarah Ann Madden Maiden Hurdle with Paul Townend-ridden horses, the eight-year-old Pont Aval taking the opening leg at odds of 9/2 for owner Nigel King before the Malcolm Denmark-owned Jungle Boogie won the second division at odds of 2/13 favourite by all of 30 lengths.
Although his long odds-on favourite Captain Kangaroo was turned over in the opening maiden hurdle, Willie Mullins was soon in the winners’ enclosure at Naas on Saturday as he took the second leg of the same race with an even shorter-priced market leader. Captain Kangaroo failed at odds of 4/9 favourite, but the French import Gentleman De Mee readily justified his price of 2/7 favourite with a four and a half-length success under Mark Walsh. Mullins and Walsh combined to win the Listed BBA Ireland Limited Opera Hat Mares Chase with the exciting Elimay which heads to the Cheltenham Festival on the back of a five and a half-length win over Shattered Love in the race of the day. She was sent off at odds of 8/15 favourite and scored with plenty to spare.
Joseph O’Brien was also a winner at Naas on Saturday where Druid’s Altar gamely landed the rated novice hurdle for the Annus Mirabilis Syndicate. Hugh Morgan partnered the 13/8 favourite to a two and a quarter-length win over the Denis Hogan-trained Zoffanien.
Shane Foley and Limerick trainer Richard O’Brien shared the final winner of the evening at Dundalk on Friday where Benavente landed the seven-furlong conditions’ race.
The 9/4 chance was three-parts of a length too strong for the Joseph O’Brien-trained Devil’s Outlaw, the 8/11 favourite. For good measure, O’Brien and owner Frank Lynch who also took third place with the Ronan Whelan-ridden Eloso. 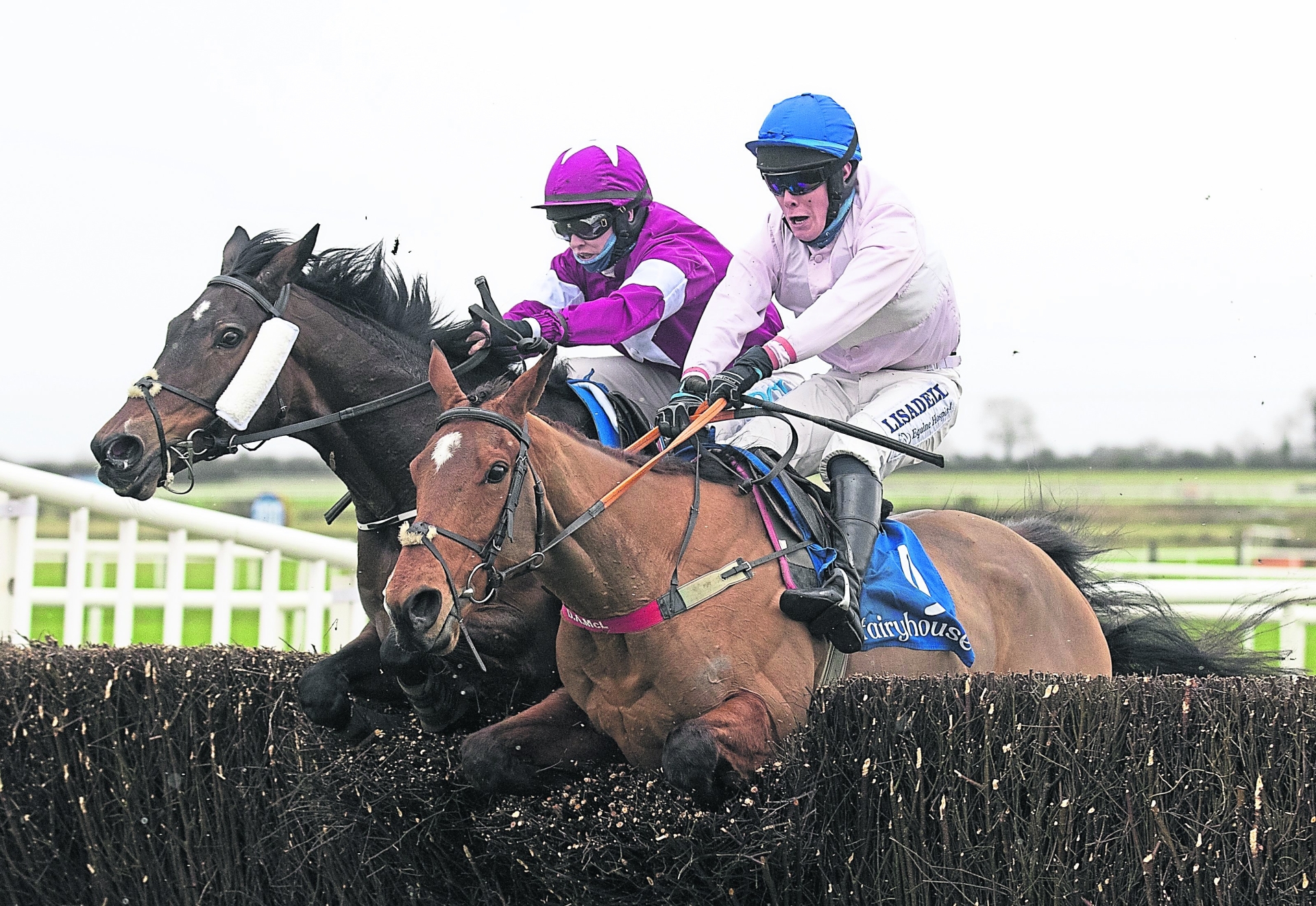 Choungaya and Rachael Blackmore take advantage of a mistake from Avellino at the final fence to win the beginners’ chase for trainer Joseph O’Brien at Fairyhouse Picture: Patrick McCann/Racing Post
Joseph O’Brien and owners Gigginstown House Stud provided Rachael Blackmore with another winner after her stunning success on Honeysuckle when the eight-year-old Choungaya landed the beginners’ chase at Fairyhouse on Monday.
The 2/1 shot got the better of Avellino after the final fence and was always doing enough to hold his own stable companion Fakir by a length.
It was Rachael’s 76th success of the season.
The winners keep coming for Willie Mullins and he shared further success with his son Patrick as M C Muldoon scored a narrow success in the two-mile maiden hurdle.
Owned by the trainer’s wife Jackie, the 8/15 favourite wasn’t all that clever over the final flight but recovered to beat the Arthur Moore-trained Whowonthetoss by three-parts of a length.