Blow for Kilkenny cycling fans as Rás Tailteann is postponed

Held over from 2020, the 2021 event was due to pass through Castlecomer, Ballyragget, Freshford and Urlingford 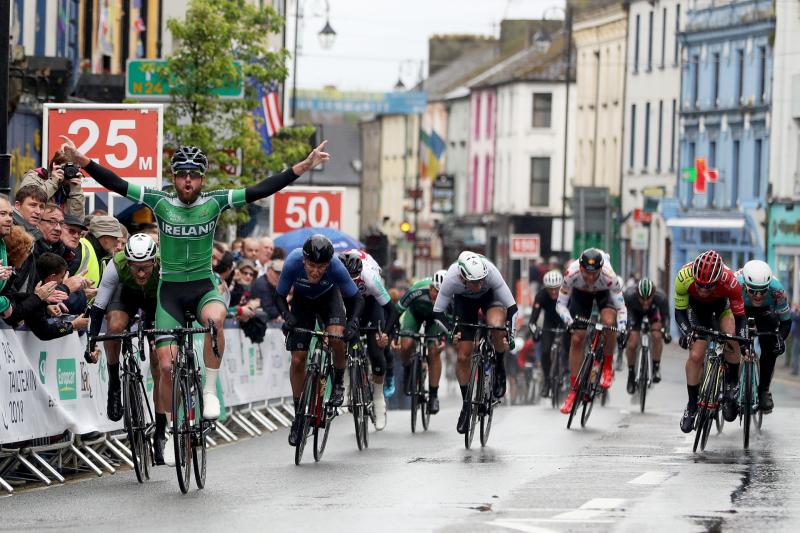 Kilkenny cycling fans will have wait a little longer for the Rás Tailteann to come to the county following the definite postponement of this year's event.
Cáirde Rás Tailteann has decided to definitively postpone the 2021 Rás Tailteann slated for June this year and focus instead on running the event in 2022.
This has been done in consultation with stakeholders and valued volunteers without whom, organisers said, this event could not proceed. In the past months Cáirde Rás Tailteann continuously assessed options to safely put 2020's postponed event back on the road in June 2021, but current circumstances have prevailed to force this decision.
"Whilst we are exceptionally disappointed to be put in this position again, effectively for the third time in 12 months, the uncertainty in relation to the availability and reopening of hospitality due to Covid-19 restrictions, plus the challenges facing the roll out of vaccinations to the wider population in time for June, coupled with the risks currently emerging in the form of new variants of the Covid-19 virus, significantly informed our decision process," said Race Director Eugene Moriarty.
The opening stage was due to pass through Kilkenny. Starting in Dublin, the 140.1 km stage to Horse and Jockey was scheduled to make its way to Dunlavin and Athy, and following first climb of the race, drop into Castlecomer. Riders would then have attacked the 4km Cat 2 climb out of Castlecomer at 93.3kmm before continuing through Ballyragget, Freshford and Urlingford, finishing with a fast and flat run in to Horse and Jockey. Hot Spot sprints en-route were scheduled for Blessington, Athy and Urlingford to give cyclists vital bonus seconds.
The group is now looking forward to 2022 when they expect that a full vaccine rollout will have been completed with successful outcomes and a more normal sporting, safer and far less restrictive environment generally will be in place.
"The silver lining to this turn of events for all of us is that it has now given us more time to consider a return to the traditional length of the event," he added. "While the plan is still to utilise the 2020/21 route as published we are going to assess the addition of extra stages to the current route to potentially return An Rás closer to its historical, increasingly unique and rare eight-day format on the world stage. Of course we would never rule out a return to UCI status if it could be achieved post-Covid.
"Clearly though, there remain many elements that need to fall into place over the next 12 months for this to be successful."
That senteiment was expanded upon by Gerard Campbell, Route Designer.
"In designing this route originally we had an eye to making it as flexible as possible to accommodate the potential for changes," he said. "The overarching goal still is to cater primarily for Domestic National Level competitors and Internationals of the same calibre, regardless of length of the event, but to incorporate more innovative elements into the route that we know have worked exceptionally well in the past for competitors, spectators, sponsors and crucially the stage end locations."
Cáirde Rás Tailteann thanked all for the continued support and well wishes received, as well as the following for their continued unwavering support: Cycling Ireland, Sport Ireland, Rás volunteers and supporters, Cumann Rás Tailteann in particular, the media, the public, Rás stage end organisers, County Councils, stage end accommodation providers, health experts and the Gardaí.