Ellen Molloy called up for Ireland's double-header in April 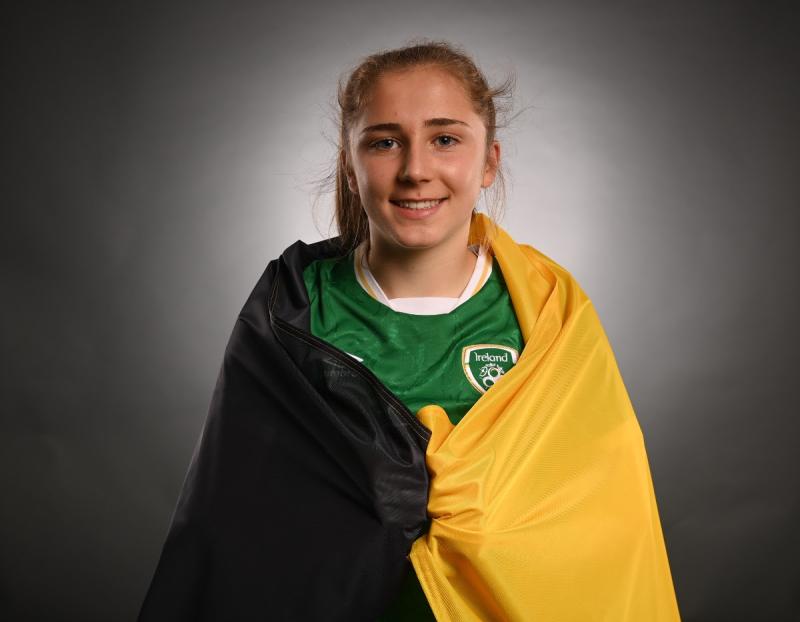 Ellen Molloy has been called up to the Republic of Ireland Women’s squad for two big games next month.

The Inistioge native is part of the national team squad which will kick off their preparations for the 2023 FIFA Women’s World Cup with two international friendly games in April.

Vera Pauw’s team will host Denmark in Tallaght Stadium on Thursday, April 8 before travelling to Belgium for a game in the King Baudouin Stadium on Sunday, April 11.

With the Qualifying Draw for the World Cup scheduled to take place on April 30, these two games will afford Pauw extra time to work with her squad.

“With the world still fighting back against the COVID-19 pandemic, we are very grateful to have the opportunity to play these games which will make a significant difference to our preparation for the 2023 FIFA World Cup qualifiers due to start in September,” said Pauw.

“We would like to thank the Government, the Health Service Executive, Sport Ireland and everyone at the Football Association of Ireland who have worked hard to make these games happen. It is so important that we take advantage of every minute that we can work with the players and to play against strong teams.

“There were a lot of positives to take from our EURO qualifying campaign, but this is a new tournament and that means we have to focus on that. The goal is to qualify for the finals in Australia and New Zealand, but we know that it won’t be easy, and we must wait to discover our opponents in the Qualifying Draw.

“Hopefully by the time that we play our first qualifying game at home in Tallaght Stadium we will have our wonderful supporters there to cheer the team on. But we must continue to follow the advice from the Government and HSE until it is safe for supporters to return.

"We are really looking forward to getting this campaign started and being on the pitch together again. This is a very special group of players and staff who work incredibly hard to represent their country with pride. It is a privilege to work with them in every camp that we have."

Ireland last met Belgium in January 2019 in an international friendly game in Spain, while their previous encounter with Denmark stretches back to an Algarve Cup game in March 2006.

Live coverage of the two games in early April will be confirmed in due course.