Kilkenny intermediates are on the comeback trail

After their championship hopes were crushed last year, Robert Cribbin had a chat with new Kilkenny intermediate camogie boss John Scott about the return to action for the Cats 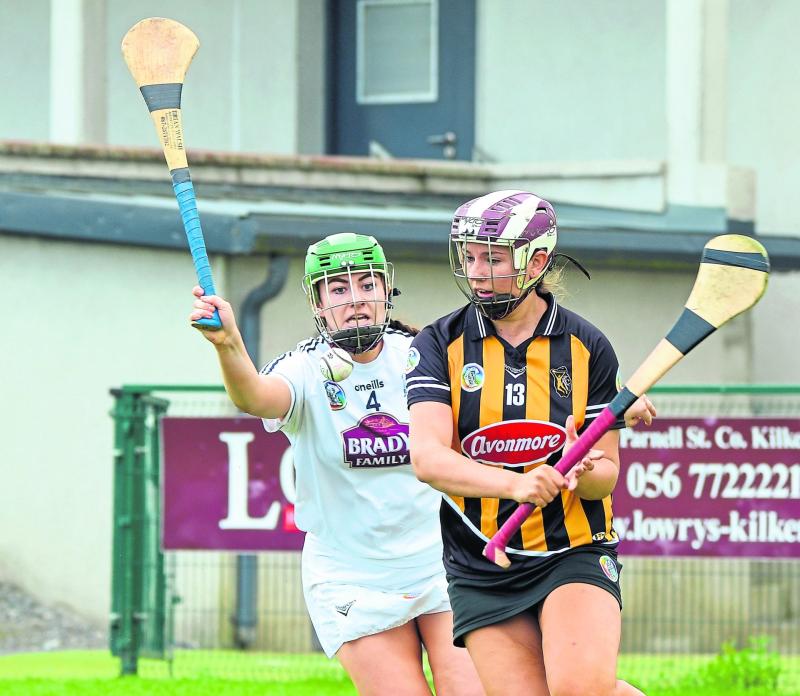 Kilkenny will face off against Wexford and Laois in Division 2 of the Littlewoods National League next month. Picture: Billy Culleton

In many ways they were the forgotten ones of the GAA community throughout 2020 but after missing out on Championship action in the depths of the winter, the Kilkenny intermediate camogie side will be back in action over the coming weeks.

As a result of the National League coming to an abrupt halt last term the Cats have gone over a year without a game, but they are keen to make up for lost time.

James Stephens clubman John Scott has stepped into the breach to take over the management of the Kilkenny side.

With fellow selectors Pat O’Neill, Brendan Cahill, Neasa Farrell and Jennifer Scott by his side they are hoping to make an impact when Division 2 of the Littlewoods National league throws in on May 15.

“I’m delighted to have been given the chance to manage the Kilkenny Intermediate side and we are just looking forward to getting back to training,” the new manager said.

“I’ve been involved as a selector with the team for the last few years so in some ways this is the next step really,” he added.

“It’s an exciting challenge to be working with these players.”

After only completing a handful of games during last year’s league and with club action ending over six months ago it will take a lot of getting up to speed and removing any rust in the training sessions before Kilkenny kick off the year.

The lack of action for second string teams in the 2020 intercounty camogie championship is still something of a sore point among counties, but it’s just something Scott and his team had to deal with.

“It was very unfortunate for the girls as the League was stopped with the outbreak of Covid-19,” he said.

“After weeks and months of not knowing what was going on it just all came on top of them.

“All of them had been doing their own individual training and the decision came as a bit of a shock but we had to accept it. We are just looking ahead now.”

For Kilkenny the league will look a lot different as it is scheduled to take place on a regional basis.

Wexford and Laois will provide the opposition for the Cats and are bound to provide a stern challenge with a game apiece at home and away.

“ We will take each game as it comes, but the two clashes will tell us a lot on where we stand,” Scott admitted.

“Wexford and Laois are both senior sides and they will provide a chance to get our players back up to speed.

“The fact they are both near neighbours will only add to everything and spice things up, but the players can’t wait to get back in the Kilkenny jersey.”

While the league is a serious competition it’s clear from Scott that they hope it’s a stepping stone for bigger things later in the year.

All eyes will be on the two league games in the coming weeks, but the Kilkenny management have much bigger ambitions for their talented side with the All-Ireland intermediate championship the main aim.

It was 2016 that Kilkenny last landed All-Ireland glory at intermediate level on a day when the senior team also achieved championship success. There is hope that they can achieve similar glory over the next few months.

“It may be a big plan but we want Kilkenny to be in Croke Park later in the year to contest an All-Ireland final,” the Kilkenny manager added.

“We have to work as a squad to try and make that happen over the coming months.

“Firstly though it’s about getting the girls enjoying their camogie again. Having that outlet for them on a regular basis will be hugely beneficial for everyone.”

While short-term success will be valued for Kilkenny there is a caveat. As ever, with the intermediate side, the longer term is of even more importance.

“The most important asset of the Kilkenny intermediate team is to provide as many players to the senior side as possible,” said Scott.

“It’s something Kilkenny have achieved very well through the years and with a young and hungry squad that plan seems to be the same for the current squad.

“As it stands we have a pretty young group of players,” he continued.

“All of the girls are doing their best to impress and in some ways what we do is something of a development squad and you can see that driving the standards.

“ Even from last year a few of the players have gone into the senior squad,” the manager added. “That’s great to see. It’s what we want even more of.

“It’s even more relevant with the fact the seniors are the current All-Ireland champions, as it shows the younger players there is a pathway to the top level,” the James Stephens man confirmed. “It’s something we want to drive on.”

All in all there is a lot to look forward to in the upcoming weeks but for now the Kilkenny intermediates are just content to be back on the pitch.