Title Charge: Tullaroan star talks of All-Ireland success, individual accolades and the love of the game 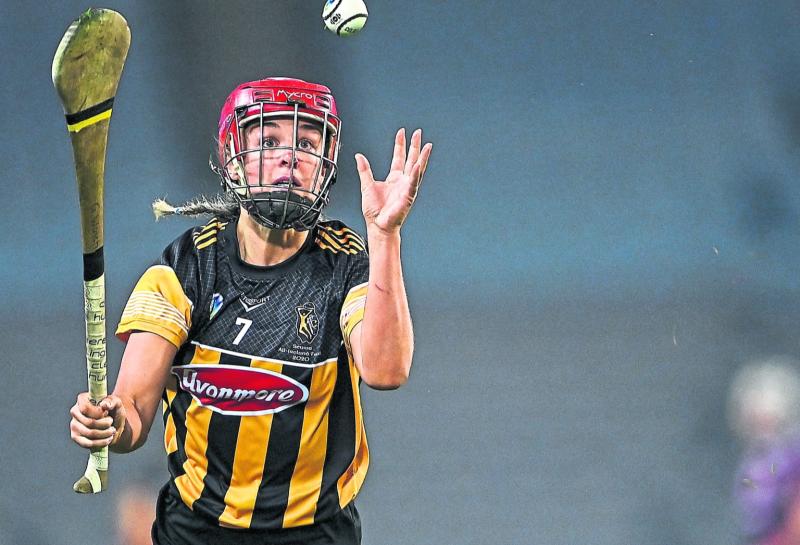 EYE ON THE BALL: The versatile Grace Walsh was one of the star performers in Kilkenny’s senior All-Ireland camogie final win over Galway in Croke Park last December Picture: Sportsfile

The year that was 2020 turned out to be quite the rollercoaster for Grace Walsh.

Anything the Tullaroan supremo could fit in she nearly did in a hectic 12 months - on and off the field.

Walsh played a starring role as Kilkenny won their first All-Ireland senior camogie crown in five years, the Cats getting over the line after going so close in the previous three finals.

The victory over Galway was the main aim for the year. Collectively it was job done, but on the individual side the defender/midfielder was rewarded with a nomination for Player of the Year which colleague Denise Gaule eventually won.

Walsh was also one of six Kilkenny players named on the All-Star team with Gaule, Claire Phelan, Davina Tobin, Miriam Walsh and the retired Anne Dalton alongside her.

The Cats star was named in midfield alongside Cork’s Chloe Sigerson after impressing in the All-Ireland final from the middle of the park.

Throw in Grace’s role as a nurse in the middle of a pandemic and you can see what a busy time it’s been but instead of glowing in the success she’s just delighted that she and her teammates even made it onto the field.

“I will put my hand up and say that when I was younger it was all about winning,” she said. “Losing an All-Ireland final would feel like the end of the world but working as a nurse puts life into perspective every day.

“As one of my housemates says we are all like a floating rock in the universe so why not enjoy the moment - you don’t know what tomorrow may bring,” she added. “I do think that people dwell on things a bit too much and people tend to forget the memories and moments you bond with as a team.

“My job has made me appreciate the little things as you see the struggles that people go through, so it’s just about coveting that time. There are times that I question myself and wonder why I play but last summer when I was playing with Tullaroan I really found why I love playing the game. When you love playing a sport you just have to enjoy the time you spend with girls who are there for the same reason as you. Obviously winning is the end goal, but there’s a lot of special moments before the final whistle.”

By the time Kilkenny open up their league campaign on May 15 five months will have come and gone since the All-Ireland victory but it’s still a night that everyone in camogie circles on Noreside looks back with on great fondness.

While Walsh has already admitted that even playing was a great achievement over the past year, Kilkenny’s 14th camogie crown was still the fulfilment of a few years hard work.

“We couldn’t have asked for a better championship as a Kilkenny camogie team because, at the end of the day, your goal is to win the All-Ireland,” she said. “While it’s not just about those medals you are still playing a team sport and you want to come out on top.

“It was an extremely difficult year for everybody in the country, so we felt lucky and privileged to be able to play with our county and play a sport that we love.”

And to end it on a winning note made it all the more special.

“To come out as All-Ireland winners at the end of it all was an incredible feeling,” she said. “The amount of work that was put in by the girls off the pitch when we couldn’t train together as a team was outstanding. It was really nice to get that reward at the end of it as well.

“A lot of the younger players really deserved that as they put in a lot of effort,” she added. “We had seven girls that were starting in their first All-Ireland final so, as a more experienced player, it was a very proud moment watching on as they played with no fear.

“With the year that was in it and all the doubt and uncertainty surrounding the country it was great to have a special moment with the girls.” 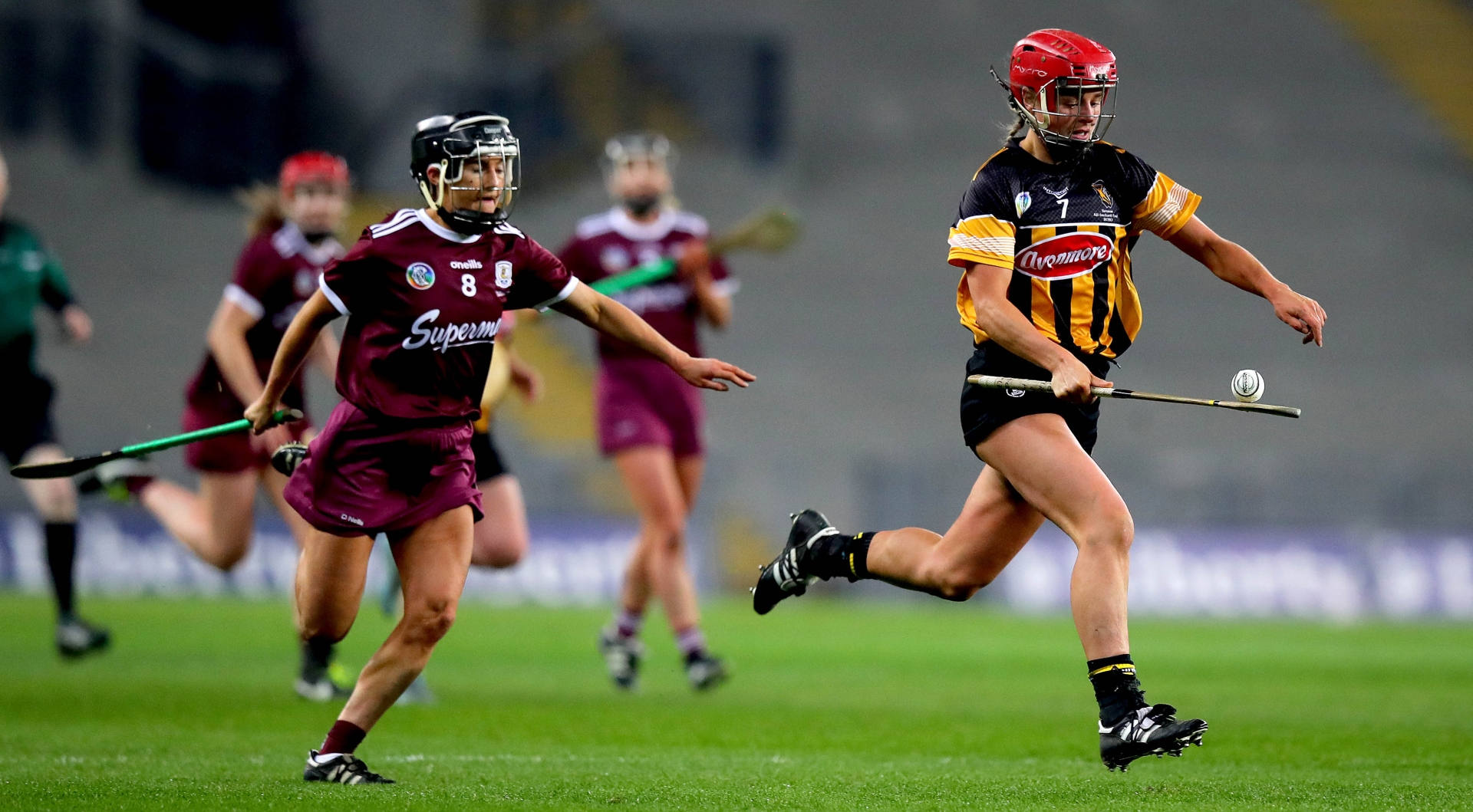 The camogie success was played amid a strange backdrop with no crowds in Croke Park on All-Ireland final night. It was a surreal time for Walsh and her team-mates, even when looking back many months later.

“It was really strange as it was under lights and there was no crowd but it was still incredible as you got to meet every player afterwards on the pitch and give them a hug or just embrace the incredible feeling that it was,” she admitted.

“Obviously at the end of those games you want to see your family. They are the people who really see what you do and how much work you put in. We would have loved for them to be there but I suppose we were lucky enough that we got there in the first place.

“Hopefully we can have another good year and our families can maybe enjoy that special moment with us.”

Victories over Waterford, Westmeath, Limerick, Cork and Galway led the Cats to that December All-Ireland victory. It was in those games that Walsh really stood out and, as a result, the reason she was nominated for Player of the Year as well as capturing an All-Star.

It was the second time that the 27-year-old received individual recognition for her performances on the field after also winning an All-Star at corner-back in 2017.

While content with the acknowledgment of her performances from afar, revelling in individual awards is not Walsh’s game.

She’d much rather heap praise on the team around her.

“I play a team sport for a reason,” she said. “Training on my own is not enjoyable in the long term, but I suppose going out and getting the nominations is really nice.

“ It’s a nice achievement to get but more so for my family as they’ve seen the work that you’ve put in. They are very proud when you are nominated or receive an award like that.

“When you do get an award though it does help you look back and think to yourself that you helped out the team by putting in good performances. It makes you think you put in enough effort and commitment to help them across the line but at the end of the day it’s a team sport and it just means you played your part.

“It’s a nice bonus to look back on for a fantastic year.” 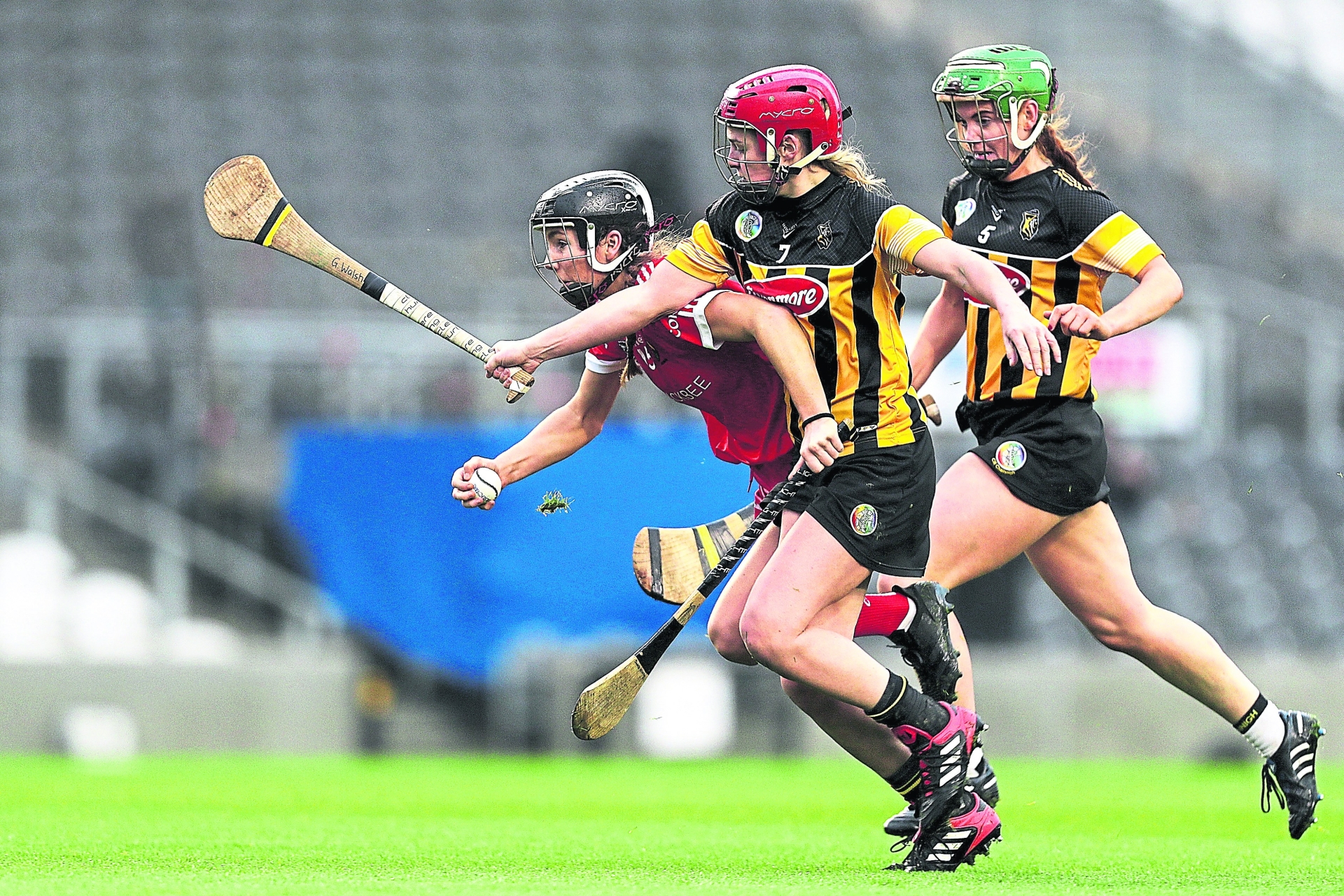 In some ways Kilkenny’s All-Ireland victory seems a lifetime ago with a lot happening around the country over the last few months. With no action on the field or no collective training permitted the appetite for action is now bigger than ever before.

The Cats only returned to the field last week but it’s clear the fire in the belly still burns strong as the group reunited.

“I was driving into training and I was on an absolute buzz, I was beeping the horn and I couldn’t wait to get going as it was just a great feeling and buzz for everyone to be back together and training again,” the Tullaroan star gleefully admitted.

“Come the end of the session though I wasn’t on as much of a buzz! While it was great to get back and get a session under the belt it’s clear there is a lot of work to be done on fitness and hurling but it’s great to be back and we are finally at the stage that we were all looking forward to. Now we get to put in some hard work and look forward to the season ahead and the league games that are coming up.”

After the return to action, attention will quickly turn to competitive games. Kilkenny won’t have long to prepare before they face into their opening league game on May 15.

A restructure of the Littlewoods National League means teams have been divided into groups of three, and on a geographical basis. For the Cats this means Dublin and Offaly will provide the opposition and it’s something Walsh and the Kilkenny players are gearing up in anticipation of.

“With the pandemic any bit of physical activity outside of going for a walk or a coffee is welcomed and it would excite anyone,” she said.

“We are really looking forward to the league. I suppose last year we didn’t really do ourselves justice, so we want to make it a bit different in the coming weeks.

“I love playing in the Littlewoods National League every year. It gives new and younger players the chance to show exactly what they are capable of, so we’re looking forward to a competitive match and getting the ball rolling for 2021.”

- Kilkenny Camogie star Grace Walsh was speaking after she was announced as an ambassador for the “Everything Starts With Milk” campaign in conjunction with the National Dairy Council.