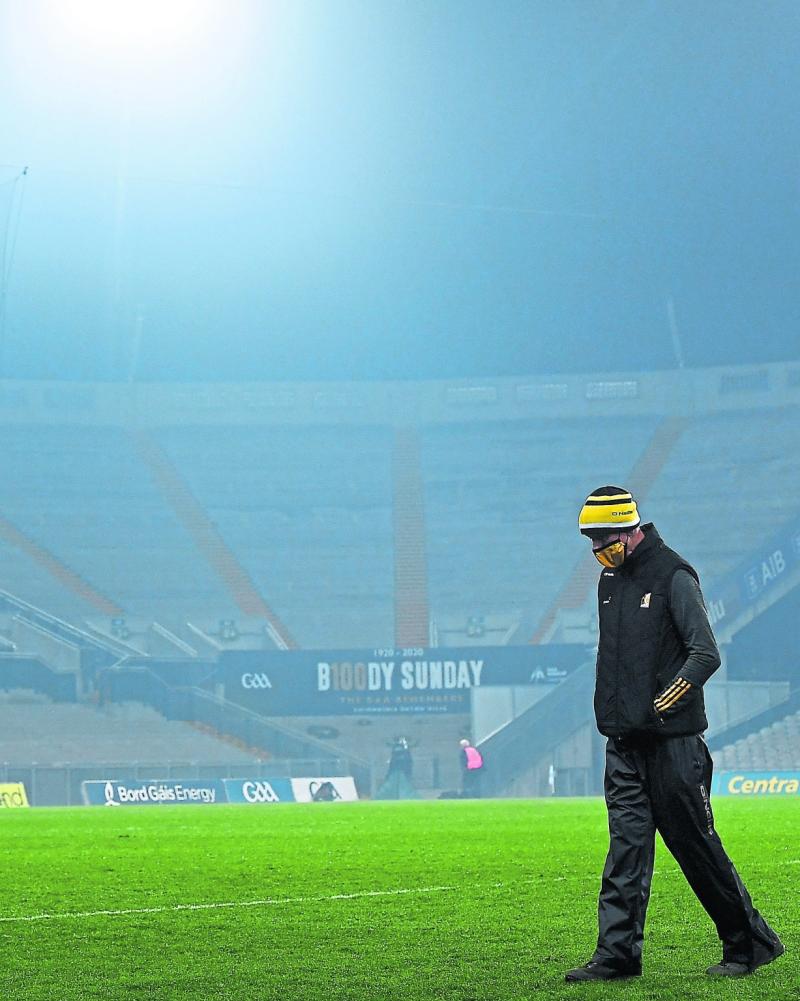 Brian Cody has seen and done it all throughout his time as the Kilkenny Senior Hurling Manager and as he gets set to oversee a 23rd season in charge of the Cats he is still as enthusiastic as ever.

After 16 Leinster crowns, 11 All-Ireland titles and nine league triumphs throughout his two decade tenure one would be forgiven if the hunger levels slipped but the James Stephens man seems as eager as ever.

“Everybody is looking forward to the return of hurling and if you weren’t it certainly would be very strange and it’s great to have it starting up again and we can’t wait to get back into action against Dublin on Saturday,” he said.

“It’s a strange year and the whole thing is very different and we haven’t been together as a group in a number of months as the lads have just been doing their own work individually and nobody seen anyone till last week as they were doing their own programmes so we do have a bit of work to do before the games.”

“It’s a very sharp return for the lads and they will have to get up to speed very quickly but that’s just as a result of the times we are living in currently but we are just delighted to be able to get out and play.”

There’s been a shakeup in both the playing and managerial group in Kilkenny over the winter come spring as the fallout from the All-Ireland semi-final defeat to Waterford continues to be felt.

Most notably perhaps is the fact that DJ Carey has left his role as selector with former All-Ireland winner Conor Phelan taking his place.

Phelan’s promising playing career was cut short through due to injury but he’s already made a mark in the coaching ranks.

“Conor Phelan has already brought a lot to the squad to be fair to him and the fact he’s in Waterford Institute of Technology with work all the time is an advantage as there are a lot of Kilkenny lads down there and he has a lot of experience in hurling and coaching so he’s a great addition to us,” Cody added.

The makeup of the playing squad is also a bit different with the likes of Paul Murphy, Colin Fennelly and Ger Aylward making themselves unavailable due to retirements and taking a year out so it gives the chance to a couple of the younger players to make their mark.

“We’ve a couple of new lads this year as well as losing a few and as ever there are places up for grabs on the panel and on the team as a whole.”
“Training will influence selection but obviously the shortened lead in time to the start will influence things but we will have five league games to play which is great ahead of the championship so there will be plenty of opportunities for players to stake a claim. “
“New and extended changes to the subs will give even more opportunities for lads so we are hoping that they will take that chance in the coming weeks. “

While the challenge of the National League is on the horizon, one eye will always be on Kilkenny’s Leinster Championship opener with Laois or Wexford and they will have a chance to test their credentials against their possible opponents during the league so it will be noteworthy how serious they take those games but the manager is up for the challenge.

“There’s no doubt that the league is going to be very exciting for us as you are fighting in every game you play and the five matches will give the opportunity for players to stake a claim for the championship as it comes pretty quickly afterwards.”

Interesting times await for the Cats.