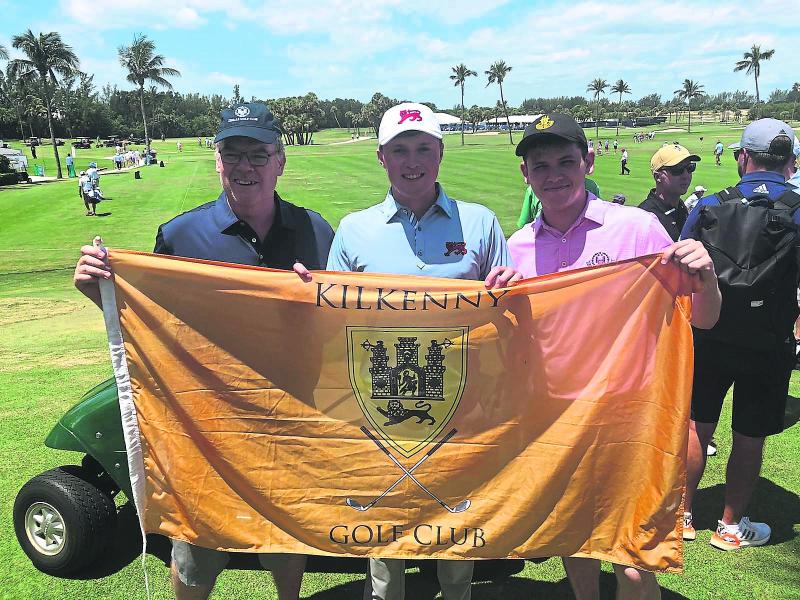 The USA may have retained the Walker Cup at the weekend but there is no doubt that Kilkenny’s Mark Power played a starring role in proceedings.

Power was in inspirational form over the two day event as he collected three wins out of four.

Overall it was closely fought match with the hosts landing their third victory on the trot after succeeding on a 14-12 scoreline.

Power linked up with fellow Irishman John Murphy in foursomes on Saturday and Sunday and they emerged victorious on both occasions.

The Saturday victory over the USA team of Quade Cummins and Austin Eckroat was particularly striking for the Irish duo as they were three down with six to play before sealing success on the final hole.

Power followed up that Saturday morning win with singles glory over Davis Thompson on a 3&2 scoreline as he left the opening day with top marks.

The Irish momentum continued apace on Sunday with Power and Murphy defeating World number 2 Pierceson Coody and World number 10 John Pak by one stroke in a thrilling contest that ensured only one point separated the teams as they approached the Sunday afternoon singles.

Power opened up the all important singles for Ireland and GB but the wheels came off his effort a bit as he went down to a heavy defeat at the hands of Austin Eckroat.

Cork’s Murphy was also defeated in the final stanza as the United States eventually did enough to claim victory.

While the majority of the Walker Cup field will go down the professional route including Murphy it’s still early days for Power and the 20 year old still has plenty of time on his side and he will now have individual success in his sights.

The Dubai Duty Free Irish Open is something Power is keen to play a part in as well as it takes place in Mount Juliet in July.