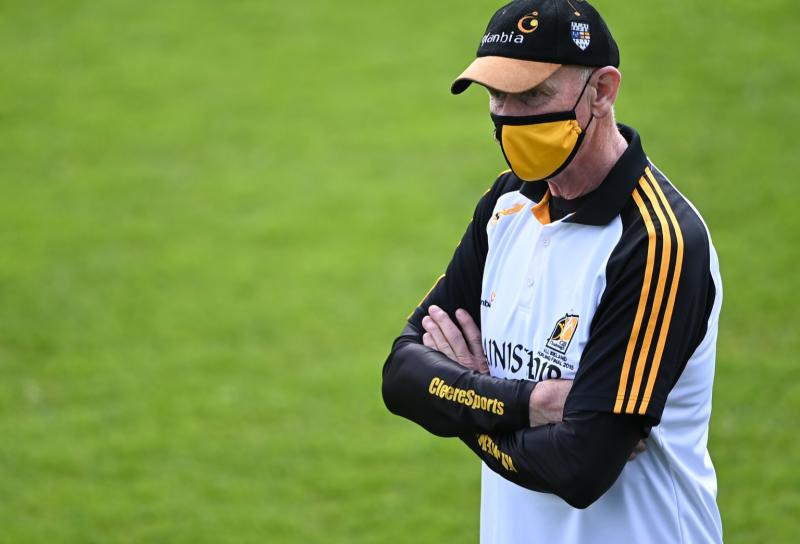 After six months away the hurlers of Kilkenny and Dublin were relieved to get back on the pitch at the weekend.

It’s been a long time for the Cats to mull over their All-Ireland semi-final defeat to Waterford in November, but the team is back refreshed and eager to go again.

The 1-20 to 0-18 victory over Dublin on Saturday was the perfect starting point. For manager Brian Cody the attitude of the players was the thing that stood out most.

“The hurling was decent, but the thing I was most pleased with was the attitude of the players,” the Kilkenny manager said.

“It was the first game in many months and everyone was wondering what the hurling would be like after only three or four training sessions, but great credit to the lads and our physical trainer Mickey Comerford for getting them in good physical shape.

“It’s great credit to them because I haven’t seen them since last year’s All-Ireland semi-final.

“We zoomed alright and gave the players their individual programmes, but they have earned the right to get on the field.”

The five point winning margin might have flattered Kilkenny a bit in the end, as it was only in the final 10 minutes that they really turned the screw on the opposition.

However, Cody was impressed with how his side finished the game though.

“Dublin got four points just before the final water break but that’s the way the game kind of ebbed and flowed but we played strongly in the final quarter,” he said.

“The goal was a big score obviously and it was hugely important in such a tight game and Mossy (Martin Keoghan) did well to get it.”

Keoghan’s goal was the crucial score in the game but apart from that he was hugely influential throughout.

“Martin had a big game for us,” he said. “He looked like he was out on his feet at the end but he went again. He is just one of those great honest players and 1-4 was a huge contribution from him.”

While there were many positives to be gained from the performance and victory, the injury list is already beginning to mount.

In particular the hamstring knock that Richie Leahy picked up after only a couple of minutes play was disappointing and he now looks unlikely to take any part in the rest of the league.

The manager couldn’t hide his disappointment for the Rower-Inistioge man.

“It was desperate for Richie Leahy,” said Cody. “I feel so sorry for him as nobody trains better than him and the effort he puts in is immense.

“He’s a terrific player but he’s just having hardship with both hamstrings. While he’s rehabbed magnificently with the physios doing great work with him it’s just not happening for him.

“You see it with different sportspeople how hamstrings can affect them but Richie will definitely come back.”

As well as that setback the likes of Richie Hogan, Conor Delaney and Walter Walsh are all nursing knocks.

They won’t be available for selection against Antrim this weekend, but it’s expected they will get some game time before the campaign is out.

The return of Adrian Mullen was a bonus though and while the 2019 Young Player of the Year looked rusty with his touch, the fact that he has played next to no hurling in over a year means that was to be expected.

Mullen played at centre forward and while he didn’t get on the scoresheet he’s likely to come on from the outing.

“Everybody on that field today has played a full intercounty and club championship while Adrian Mullen has played no hurling apart from maybe four sessions with us in 14 months,” said Cody.

“It was just so important to get a half into him to improve his sharpness and he will improve so much from today’s outing.

While the league kicked off with a victory the aim of the next few weeks won’t solely be on the results for Kilkenny.

The side has four more games before they face Wexford or Laois in the Leinster semi-final and constant improvement is the aim as well as giving players game time.

The Kilkenny boss is also content with the much debated structure to the league and is looking forward to the rest of the games.

“The starting point is to get more out of what we saw today and improve in aspects of our play as well as looking at different players,” he said. “Come the end of the league we hope to have a hugely competitive panel.”

“To be fair teams were offered either three or five matches for the National League and the majority of counties were in favour of more games,” the James Stephens man continued.

“As today showed it is worth a few night’s training for sure - we are back on the field and we are just delighted to be back out there.”