Opinion: It’s summer hurling - but not as we know it 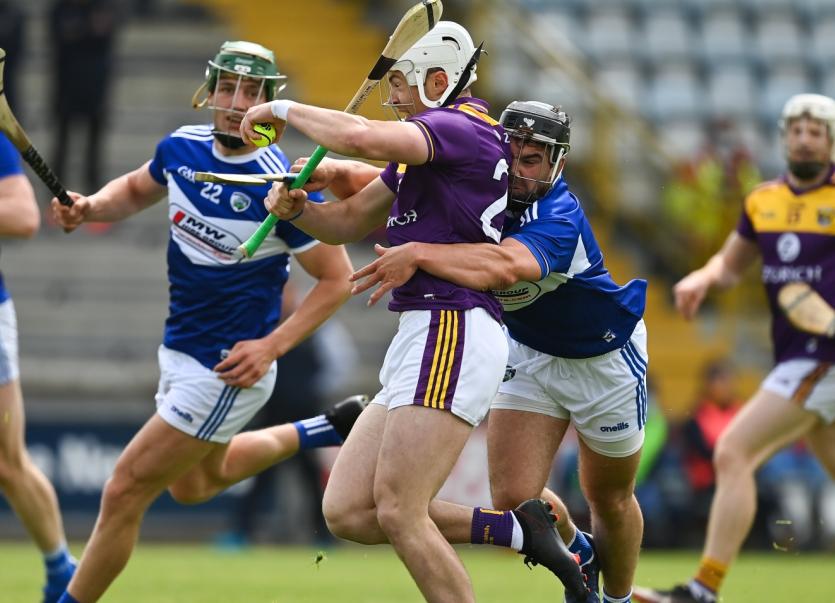 Parnell Park on a sunny Saturday afternoon in May.

It may be summer but championship hurling is still a bit away.

The start of the National League on the second weekend in May.

Yes it’s strange but so is everything these days.

The return of action.

Still no hustle and bustle of big matchdays.

In truth you’d barely even know there was a game on.

Still, good to be back was the general vibe.

After six months away having any sort of game is a bonus.

All eyes on Kilkenny in what was tipped to be a tough league opener. Let’s not forget that Dublin ran the Cats very close in last year’s Championship.

Too close many would say.

After the ball was thrown in it was clear that the game was going to be of the open variety.

Then disaster struck. Richie Leahy down with another injury. The hamstring again.

He looked distraught sitting in the stands afterwards.

Who could blame him?

Richie Reid came in and to be fair he did his job well.

Brian Cody’s team were good in patches in the first half.

Conor Phelan looked to be making an impact already as they knocked the ball around defence.

A tactical change for the year ahead.

We’ll wait for further evidence on that one.

Debutants James Bergin and Darragh Corcoran were both on the scoreboard.

Up by four in the second half until pegged back at the water break.

Not such good news.

An unknown Kilkenny player was heard to shout “We talked about the third quarter all winter.”

Very interesting, especially given the Dublin and Waterford fadeouts in last year’s championship.

All the talking didn’t work.

At least they made up for it in the final quarter though and won out well in the end.

Elsewhere Galway went goal crazy but how poor were Westmeath?

Limerick and Tipperary showed us what we already knew, while did we see the return of the Cork swagger?

All well and good but the absence of a league final or even a knockout stage meant there was a real challenge feel to proceedings.

A great result for hurling - and one that was badly needed too.

The Banner don’t look in a good place currently but the Saffrons seem to be building momentum. It was good to see the progress.

They come to UPMC Nowlan Park on Sunday so we’ll get an up close view of them then.

And what about the new rules?

To be frank, they were practically non-existent in Parnell Park.

The other games told you everything you needed to know though.

The sin bin penalty worked reasonably well in week one so no complaints there.

Where does one start with the advantage rule however?

Non-Advantage would be more specific.

Donal Óg Cusack, David Herity, Michael Fennelly, Shane Dowling, Henry Shefflin and Anthony Daly - you name them they have all shot the new rule down. While it can’t officially be changed till Congress, public outcry is already incredibly high.

It’s a common consensus: too many frees, slowing the game down - the outlook is not good.

The poor referees are taking the brunt of the criticism too when they are only going by the rules.

The next few weeks will be interesting, but I’m not sure we need all these rule changes myself.

Anyway, each to their own.

Back to the hurling, camogie back this week too.

Nature may be healing.

Bring on the next few weeks.