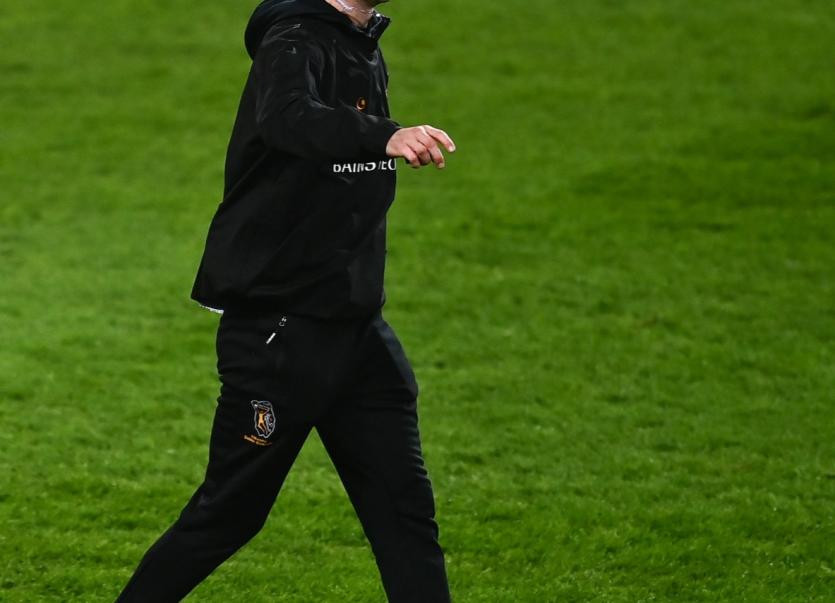 For the first time since 2017 Kilkenny will go into a National League campaign as All-Ireland champions.

The Cats achieved All-Ireland glory back in December against Galway but have had a long wait before taking to the field again.

The time for talking will be over on Saturday when Dublin visit Callan in the first of two group games for Brian Dowling’s team with the other being a visit to Offaly.

Dowling led Kilkenny to All-Ireland success in his first year in charge of the side and while he’s not resting on his laurels he knows this year has already been a big challenge.

“It was great to get back as it was hard for the girls in January and February when they didn’t know if they were going to be returning and that was probably the hardest thing when they were doing their own programmes but it’s pretty hard to keep yourself motivated when you don’t know what is around the corner,” he said.

“Once they got word to go back, I think we got about three months notice the tempo then went up a bit and we went back to training a couple of weeks ago and it was great as we hadn’t seen each other since the All-Ireland Final which was something like 120 days so it was nice to be back as a group and we’ve nine new girls on the panel as well so it was great to get them involved and up and running.

“There was a great buzz at training that first night and it’s been the same ever since so we can’t wait to get started.”

It’s been a strange winter on Noreside after Kilkenny’s All-Ireland success with next to no celebration of the victory in that time.

The long break and summer days ahead have ensured the enthusiasm is still very much there among the players.

Dowling continued: “In a normal year after winning an All-Ireland you’d see each other at different functions and there’d be a few celebratory nights in the few weeks afterwards and over Christmas to catch up but we didn’t have that opportunity this time and sometimes after an All-Ireland you might be worried about the hunger and freshness of the players but we had four months off so the girls were eager and buzzing to get back training and with the weather being so good it’s a lot easier coming back.

“In some other years it would be January and it’s dark, wet and windy so it’s easier for a lot of them.”

The league has a changed look to it this year with just two group games before the knockout stages but like the hurlers last weekend it’s just about getting back into a routine for the players.

“We can’t wait to get the games going and that’s what we want,” said Dowling.

“We’ve had no challenge matches so Saturday will be our first and while we are having training matches it may take us a bit of time to get up and running.

“The girls are going well but the next step up is the league and we are just looking forward to getting going and having a look at a couple of new players as well as last year group.

“It’s really just about getting going again and while training is great we will only find out where we stand when we play the matches.”

The playing squad has changed a lot from 2020 with eight players including Anna Farrell who played a vital role in the Kilkenny success departing while Anne Dalton has also retired.

A lot of last year’s intermediate side are making the step up to senior while former captain Leanne Fennelly is back from a stint in Australia.

“We have nine new players this year but we have lost eight from last year’s squad who stepped away for their own reasons.

From the All-Ireland final Anne Dalton retired and Anna Farrell won’t be with us for this year.

“While she hasn’t officially announced her retirement she has stepped away and we’ve lost a couple of more as well,” Dowling admitted.

“Nine players have came in though and eight of them were part of the intermediate panel and two of them are minor in Ciara O’Keeffe and Tiffany Fitzgerald.

“Leanne Fennelly is back with us after being home from Australia for a year and she was captain in 2014 so she will add a lot of experience to us and we will have Katie Power back as well.

“The new girls have already added a huge amount of energy and they are doing really well in training and they are not afraid of taking on anybody and they are all putting their hands up for selection. “

The Kilkenny Intermediate side also open up their campaign when they travel to Wexford on Saturday and it’s clear both squads will be working very closely together for the year ahead with players constantly interchanging.

“The Intermediate manager John Scott and I will be working closely together throughout the year and the message is clear that there is now a progression from a minor team to intermediate and onto senior,” Dowling added.

“There are 14 players there that are eligible for intermediate and if they’re not getting games with us they can play games with them so the link up between the panels is close and it’s good to have that communication there and it shows girls in the county that there is a progression there from underage to senior.”

The new league season always brings something fresh and the trialled rules during last year’s championship will be in for good and the Kilkenny boss sees it as a big positive for camogie.

“I’m very happy with the new rules as I think they are good for the game.

“There is still a bit of confusion around the shoulder with referees having different views on it but definitely the dropping of the hurl and the handpass goal are rules I was never in favour of and we would have never practised them in training.

“Anyone that would have watched camogie last year will have enjoyed the games as the referees are letting the games flow more and all across the country players are doing improved strength and conditioning programmes and there is no point in doing that if the game is being stopped for frees every 10 or 15 seconds.

“The players, management and fans want it so we are very happy with the rules and hopefully they work as well as last year.”

After a couple of near misses in the last few years Kilkenny will go into the Littlewoods National League on an upward trajectory while always keeping an eye on what’s coming further down the road as they get set to defend their All-Ireland title.

“We have to go out and prove ourselves again,” said Dowling.

“Over the last few years the girls were coming back after losing an All-Ireland the year before and ever since I’ve been involved I’ve worked on their confidence but that’s finally gone now and we have a different pressure as champions and everyone is out to beat you.

“ We are going to go out and enjoy it and play with a bit of freedom.

“We are lucky to be even playing but we know we have to improve from last year and find a few new players.

“The attitude of the girls is fantastic though and they are willing to do whatever it takes to be successful.”