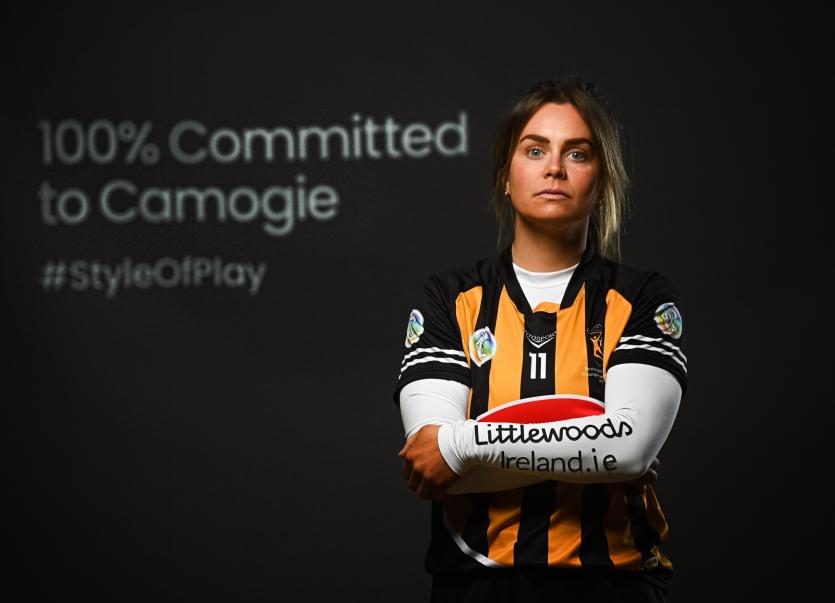 While this afternoon's Littlewoods National Camogie League clash between Kilkenny and Dublin will come too soon for Katie Power, the sidelined star is looking ahead with confidence.

The forward is still recovering from a broken kneecap suffered prior to last year's championship and although being named on the bench for today's game she doesn't expect to return to action for at least a couple of weeks.

Today's tie in Callan will be the first game since Kilkenny won the All-Ireland Camogie Title at the back end of last year and the Piltown star thinks the team will be primed for action.

"It's great to be talking about being All-Ireland champions which is the opposite of the last few years where we have been talking about big losses and how we were going to pick ourselves up and go again so it's definitley exciting times."

"There's a lot of new faces in the squad and I feel there is a nice mix between youth and experience in there at the moment and I suppose nobody will really know where they are at until we start playing games."

"Teams have only been training the last 3 weeks or a month so it has been limited enough but it's the same for everybody and the girls are buzzing to get a game in as they haven't played since the middle of December and everybody is looking forward to it and it's a great time of the year aswell."

"It'd be great to get off to a winning start and with only two games in the group it makes the home match very important."

A new revamped structure to the league is something that looks exciting on paper with the group stage followed by Quarter Finals, Semi Finals and a Final in successive weeks.

"It's going to be really important to reach the knockout stages," remarked Power.

" You want those games to prepare yourself for the championship and it will help players put their hand up for positions on the team which is what it is all about".

The likes of Anne Dalton, Lucinda Gahan and Anna Farrell are not available to Brian Dowling's team in 2021 but starting from today there's the opportunity for a couple of new players to stake a claim.

"Players can't be here forever and Anna Farrell and Anne Dalton will be huge losses to the team but that's giving other players an opportunity to put their hand up and that jersey".

"Having a competitive squad is only going to benefit Kilkenny camogie in the long run as producing players for the future is really important".

Katie Power was speaking at the launch of the Littlewoods National Camogie League this week.