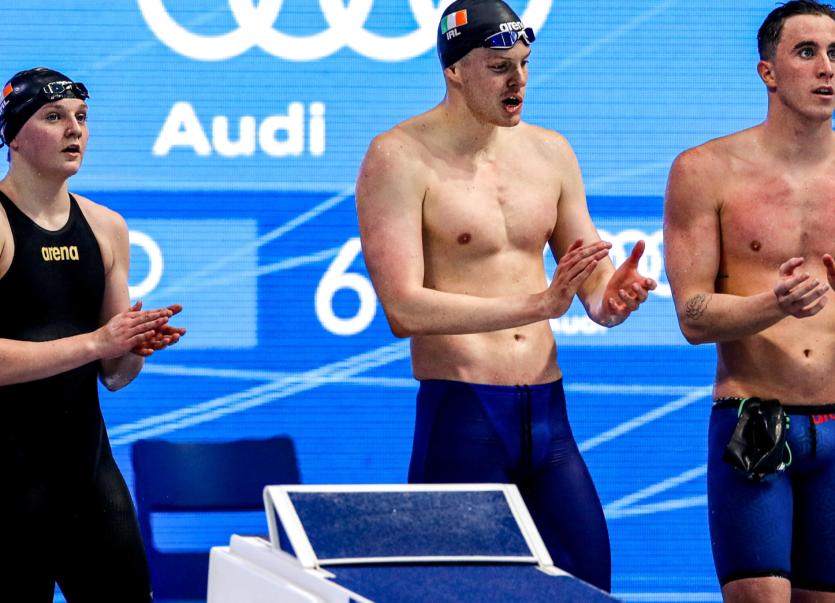 reland swimmers, from left, Naomi Trait, Brendan Hyland and Max McCusker during their heat of the mixed 4 x 200m freestyle event during day 9 of the LEN European Aquatics Championships .

Naomi Trait was part of the Irish Mixed Relay team which qualified for the 4x200m freestyle final at the European Aquatics Championsip in Hungary.

The 17 year old Kilkenny woman was alongside Brendan Hyland, Max McCusker and Victoria Catterson as the Irish team finished 5th in Heat 2 but in the process they broke an Irish record.

The Mixed relay is not part of any Olympic or World Championship qualification but at least Trait has been able to showcase her talents on a european stage.

The event which was scheduled to take place in 2020 saw the Irish quintet finish behind Turkey, Denmark, Italy and hosts Hungary.

The Final will take place tonight at 7.30pm irish time.