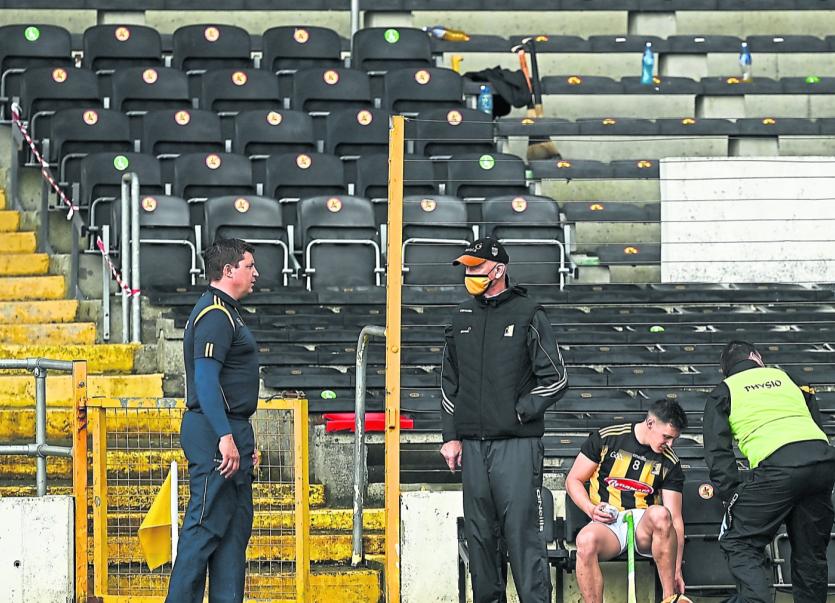 Any side playing in UPMC Nowlan Park can expect a battle – but sometimes the visitors can also throw down the gauntlet.

Kilkenny manager Brian Cody was able to reflect on a second successive League win for his side, but he was the first to admit that Antrim made the Cats raise their game.

“We came into the game expecting a tough, competitive game and that’s exactly what we got,” he said. “Thankfully, we came out on the right side of it.”

Having created a stir with their win over Clare in round one, it was no surprise that Antrim came to the Marble City with an extra pep in their step.

“That result against Clare would have meant a lot to them,” said Cody. “They’re in the top division, having come up a grade and they’ve been impressive in that manner.

“We all saw Antrim last week against Clare, how good they really were, and it was the same again here.

“Antrim have been working hard and you can see the attitude they have on the field, as well as the skill about them. They had victory in their sights here too, so our lads did very well to come out the right side of the result.”

That confidence saw Antrim turn the heat up on their hosts, particularly when they demolished Kilkenny’s nine-point lead in the second half.

“We had a bit of cushion of a lead at the start of the second half, then suddenly the game was level,” Cody reflected.

“That Antrim run asked some serious questions of the team, but the response was good,” the manager continued. “We went back to six points in front pretty quickly, then finished the game off well.”

Kilkenny’s style in the first half – the team linked up well together, working the ball around and helping each other where it was needed, but they deviated from that pattern after the restart.

It was put to the manager that this might have been a cause for concern but given hurling’s unpredictable nature he wasn’t overly concerned about patterns of play over the 70 minutes.

“It’s a question of players giving the best ball they can and working ahead,” he continued. “No matter what game you’re playing the opposition is always going to have a bit of momentum and boss things for a while.

“When that happens, it’s a case of hanging on in there and getting back into the game,” Cody added. “I thought our lads did that very well.”

As torrential rain bounced off the roof of the Grace Stand – the venue for the post-match interview in socially distanced times – the conversation flowed back to Antrim. The Northerners were worthy of their place in Division One, Cody reckoned, as he ran the rue over their team.

Serious Team
“They have some really excellent hurlers,” he said. “There’s no doubt about the fact they’re good enough to be in this division – they’ve played two games and have picked up a good win in Clare. That’s proof they’re a serious team.”

Kilkenny have their own bunch of talented players, not least goalkeeper Darren Brennan, who came in for due praise from his manager.

“Darren made two great saves in the first half, from a point-blank shot and the penalty,” said Cody. “We know how good he is, but we have two very good goalkeepers there in Darren and Eoin Murphy. Darren got his chance today and was really impressive.”

Brennan’s penalty save came on the back of a sin-binning for Conor Browne, putting Kilkenny down to 14 men for a 10-minute spell. That man disadvantage saw Antrim turn up the pressure, but the Cats stood up to the challenge.

“It was hugely important that we kept our composure,” said Cody. “Everyone knew they had to pull together and do a little bit more work, which is what they did. Going down to 14 men isn’t something we want to happen, but they came through it.”

With two wins in the bag thoughts turned to next week’s clash with neighbours Wexford. As both sides can boast 100% records - Wexford rallied to beat Clare on Sunday - the tie should deliver an intriguing clash.

“The Wexford game will be a serious battle for us,” Cody finished. “It will be great to have the game here.”