Fixture chaos: Thomastown and Conahy Shamrocks are among the affected teams 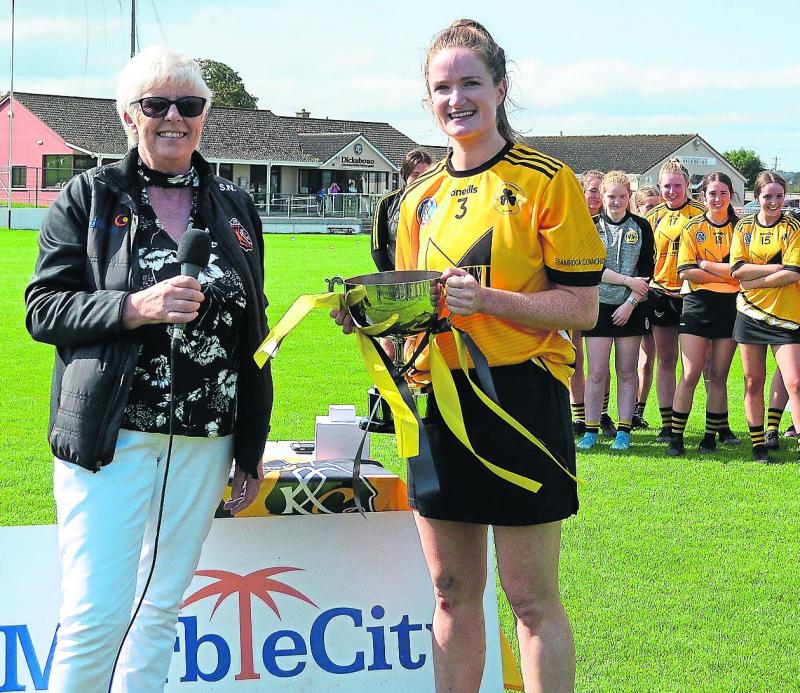 The ongoing fixture chaos in camogie circles shows no sign of slowing down with news that the proposed 2020 provincial club championship will not be taking place.

The Camogie Association came to the decision after the fixture calendar was switched in recent weeks.

That structure was met with some dismay with up to 84% of camogie county players in favour of the split season, As a result club players were polled.

In a close-run vote, 53% agreed with the split season, which saw camogie chiefs perform a u-turn.

The decision hasn’t pleased everyone though with the association insisting the outstanding club games will not take place.

The provincial ties were set to take place in January and February but as a result of the worsening Covid19 situation none of the games took place and it’s now been confirmed that the affected camogie clubs are going to the DRA ( Disputes Resolution Authority) in an attempt to get the matches played.

The issue all stems from the fact that the provincial draws had all been made after the end of the county championship last year and teams were promised that the action would commence.

After reclaiming the county senior championship Thomastown had qualified directly for the Leinster final and were awaiting either St Jude’s of Dublin or Oulart of Wexford in the decider while Conahy Shamrocks were drawn to play Myshall of Carlow in the quarter-final of the intermediate grade.

With the chance to bring further provincial success to their club, Thomastown were among the clubs who strongly disputed the decision not to press ahead with the split season as originally agreed.

The Kilkenny champions claimed success on Noreside when they defeated first-time finalists St Lachtain’s/Lisdowney on a 2-13 to 0-12 scoreline last September.

James Stephens won the junior title, but there is no Kilkenny representation at that grade or level.

Thomastown and Conahy are among the 35 clubs directly impacted by the decision not to complete the 2020 provincial and All-Ireland junior, intermediate and senior championships. The clubs have drawn up a proposed calendar that would see all outstanding provincial and All-Ireland club fixtures played between Monday, June 7 and Sunday, June 27, a three-week window of activity that would not impact on the inter-county All-Ireland championships, which throw-in at the beginning of July.
disappointment

The affected clubs were informed by the Camogie Association as recently as May 1 that the outstanding games from the 2020 club series would be played across the final weekend of June and the first half of July.

However, when the game’s governing body committed 24 hours later to a consultation process on the layout of the 2021 season, in the face of strong criticism from the inter-county playing body, one of the options sent out to clubs for consideration did not include completion of the 2020 club series.

In a statement issued to the Camogie Association, all 35 clubs made their intentions known.

“The 35 clubs of Cumann Camogaiochta na nGael that were still involved in the AIB Club Championship 2020 sought to have the championship completed this year 2021,” they said.

“The Ard Comhairle has cancelled the championship despite the fact there is a window of opportunity to complete it in a three-week period from Monday, June 7 to Sunday, June 27, a suggestion which was proposed to the Ard Comhairle.

“A representative group of six of the clubs affected also asked for a meeting with the President and the four Provincial Chairpersons but were refused that request.

“The 35 clubs again wrote to the Ard Comhairle before a meeting asking it to reverse its decision to cancel the championships.

It appears that the Ard Comhairle has decided not to reverse its decision.

“While we understand and acknowledge that this past year has posed unprecedented difficulties for the Association and for those charged with administering its affairs, the clubs have proposed a reasonable alternative which would allow the championships to be played.

“However, following the decision of the Ard Comhairle of Cumann Camogaiochta na nGael not to complete the Club Championship 2020, a number of clubs affected have been left with no option other than to refer the decision to the Dispute Resolutions Authority in an effort to resolve the issue.

“The clubs are the heart of our sport and we want the club players to have the opportunity to play at the highest level available to them,” the statement concluded.

The situation is an ever evolving one and while it is far from ideal for anyone that is involved it’s likely to come to a head over the coming days and weeks.