Minors get ready for a busy summer of hurling action 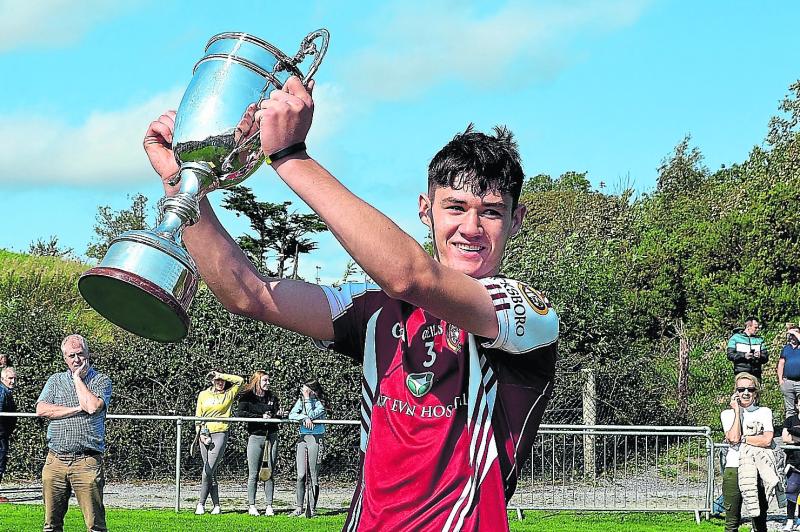 Dicksboro captain Niall Rowe lifts the silverware after the 2020 minor hurling county final. The city side will be keen to hold on to their title this year Picture: Willie Dempsey

Over the next couple of weeks the Kilkenny People will carry previews of the Kilkenny Honda Centre Minor A, Minor B & Minor C hurling championships.

The work at underage level is hugely important and often takes place away from the limelight, with the real heroes of Kilkenny GAA working away to generate their future club heroes.

More than 800 players will take part in the Kilkenny minor hurling and football championships. They will find out who they face when the competition draws are made shortly.

Each week we will look back at the resulting championship two years ago at under-15 level and go through each panel whilst highlighting some unusual did you know facts about the clubs.

The cream of the crop in the whole country usually square up in this famous of underage championships.

This will be epic. All six sides will truly fancy their chances. The ‘Dream Team’ from Palmerstown in the guise of Dicksboro will be putting their unbeaten championship record on the line.

Players like Harry Shine, Mikey Raggett and Sean Keenan will be looking to lead the charge to add to their substantial haul, but standing in their way will be old nemesis Young Irelands led by Charlie Carter.

Tullogher-Rosbercon who have been a force at underage level for the last few years, getting to a number of underage finals, will have huge firepower in the guise of Danny Glennon while James Stephens, O’Loughlin Gaels and Roinn B winners Bennettsbridge will all fancy their hopes.

Also coming into the league stages of the competition will be Naas and Mount Leinster Rangers.

Many were hoping for a high class affair in the Duggan Steel under-15 hurling championship as the leagues had thrown up some entertaining encounters, something which bodes well for the future talents of the county.

It ended with Young Irelands raising the league trophy for the two in a row. In the first round James Stephens gained revenge over Graigue-Ballycallan as a flurry of goals from the young Village men proving enough for victory.

In the all-city clash Dicksboro had too much for O’Loughlin Gaels as Harry Shine and his team-mates ran riot in the first half. They also beat a young Clara side in the county semi-final.

The other semi-final between Young Irelands and James Stephens was a much tighter affair. On the night Killian Carey proved to be the difference between the sides.

All eyes turned towards a repeat of the league final. Could the Gowran men make it a double?

Many hoped for another classic to mirror the close-fought league final when Dicksboro and Young Irelands clashed in the Duggan Steel under-15 Roinn A Championship final in Clara.

The first half was a slow-burner with Harry Shine and Killian Carey exchanging points, but the game exploded into life in the 15th minute when Shine and Johnny Keane exchanged passes before Mikey Raggett sent the green flag waving.

Young Irelands responded instantly, Ben Phelan flicking the sliotar to the roof of the net after Daniel Manning had squared the ball to him.

Declan Farrell had a big say in Shine’s goal which brought the Palmerstown outfit back into contention. Manning and Shine swapped points before Farrell put his side back in front with a fine goal, but Padraig Naddy had the final say of the half with a long range point from out on the wing, cutting Dicksboro’s lead.

Raggett and Kyle Maher got the first two points of the new half, which saw a tremendous and courageous fight back launched by Young Irelands, led largely by Carey, who rattled off five points in a row - he hit four from play.

Raggett and Keane landed points before Sean Keenan made a surge for goal and he blasted the ball to the roof of the net. Carey briefly lifted the siege with a converted free but Raggett and Keenan kept the pressure on with five points.

Carey then blasted a 21 metre free to the bottom right hand corner, putting game back into the melting pot, but points from Keenan Shine came after Carey was somewhat unlucky not to goal.

A goal from Maher in injury-time sealed the result where the Palmerstown men’s accuracy in front of goal proved to be the difference between the sides. 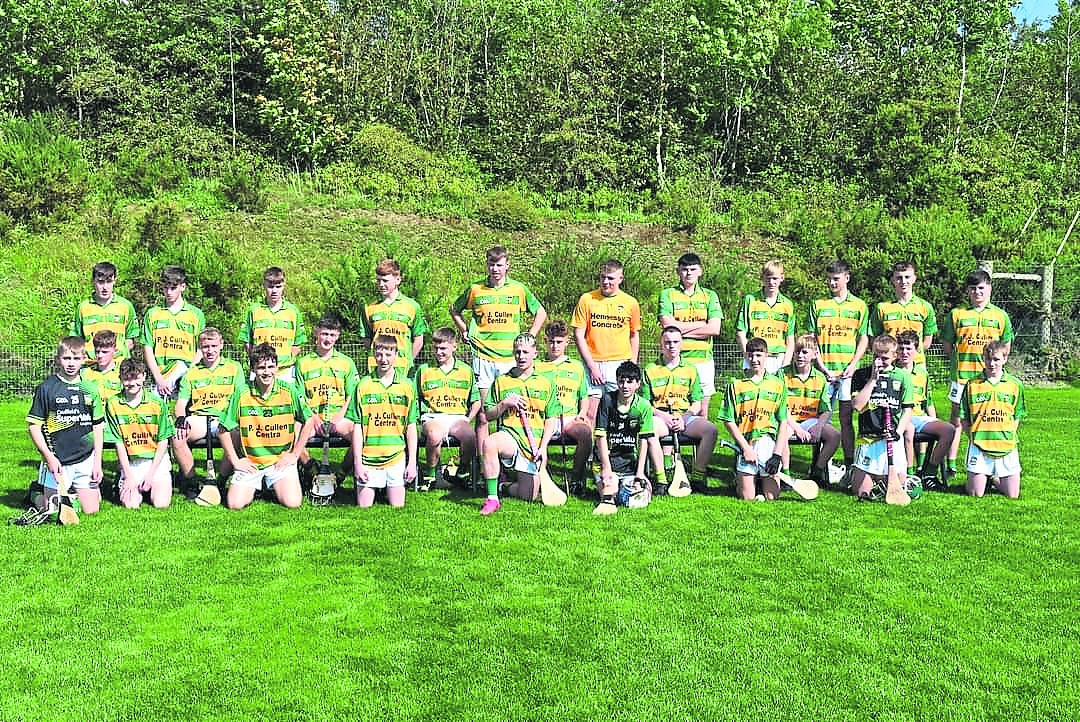 In 1996, while playing Glenmore in the first round of the senior championship down in Ballyhale, a streaker (yes, you read this correctly!) entered the field of play!

After being escorted from the pitch - socially distanced of course - by players Pat O’Neill and Christy Heffernan, Young Irelands went on to win the game that day and continued their winning ‘streak’ to become county senior champions later that year! 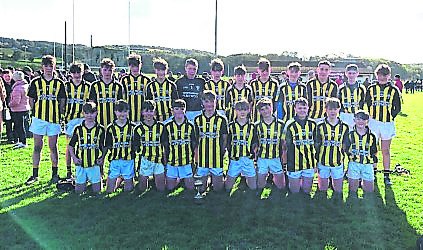 Fourteen years before the founding of the GAA in November 1884 a type of Gaelic football match was held in Shanbogh between Tullogher and Glenmore.

The ditches at each end of the field served as goalposts with the object of the exercise for each team being to get the ball over the ditch as many times as possible in order to win the game.

From the very brief description of the game given in local newspapers of the time it appears that tripping, wrestling, lifting the ball off the ground and carrying it for long distances were allowed. When darkness began to fall the game was terminated and called a draw as each team were credited with four overs apiece. 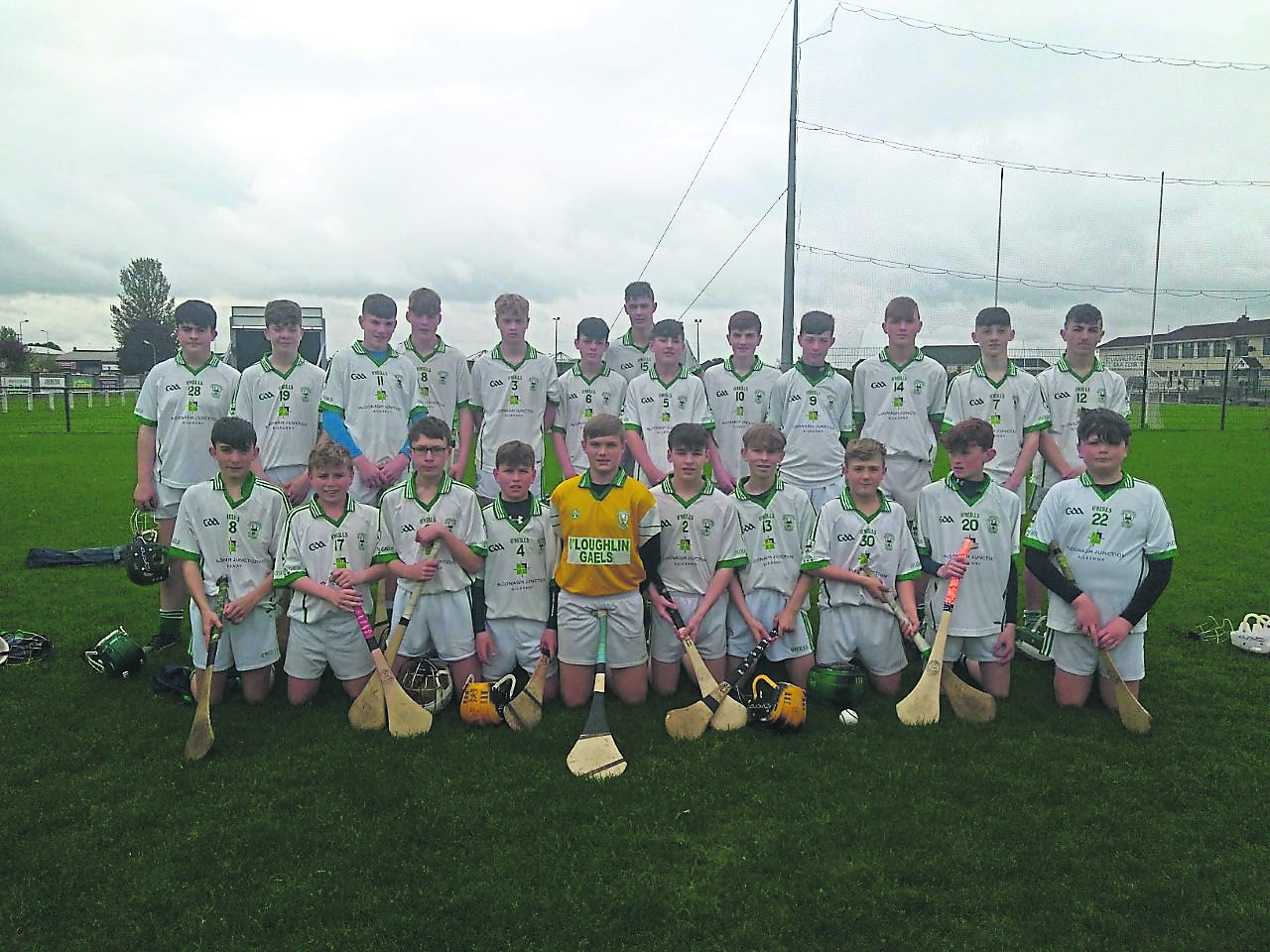 How they got on at under-15 level in 2019: Lost to Dicksboro in the quarter-final.

The club crest shows a triangle of landmarks associated with the main areas of the parish - the Fort in Dunmore, The Holy Well in Johnswell and the O’Loughlin Memorial Church of St John the Evangelist in the city, all converging on O’Loughlin Gaels clubhouse at its centre.

How they got on at under-15 level in 2019: County champions that year. Dicksboro lost the league final to Young Irelands by a point, but got their revenge when they beat a strong Young Irelands team in the county final.

James Stephens lead the roll of honour in the Minor A roll of honour with 13 titles. They will be very determined to halt the men from Palmerstown clad in maroon & white in catching them at the top of this roll of honour.

Next week we will take a look at the Roinn B teams in the Minor Championship.