This week it’s the turn of the Minor Hurling Roinn B grade to get a full review from the Kilkenny Bórd na nÓg - who will catch the eye this year? 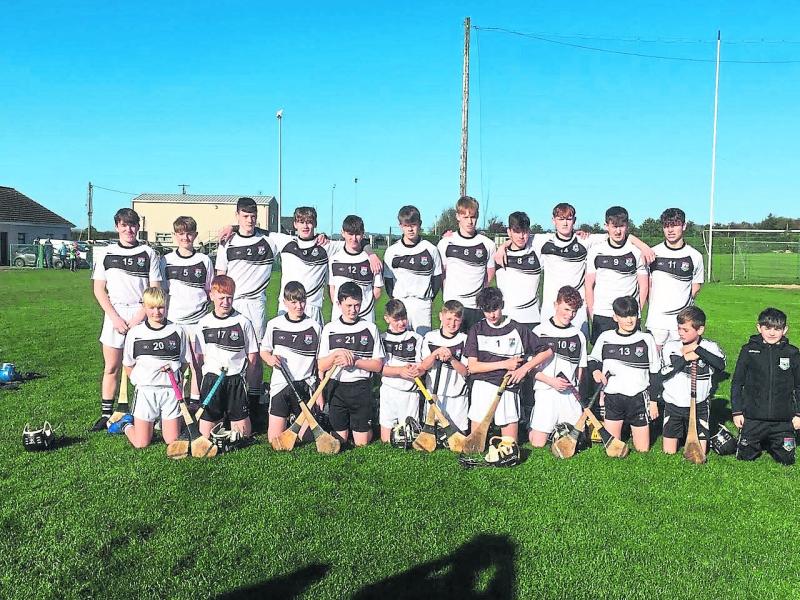 The 2021 Minor Roinn B Championship will, as always, be full of thrills and huge games that will live long into the memory and brighten dark winter nights.

There is a plethora of big names on show.

Gearoid Dunne will be expected to lead the way for Tullaroan as the stand-out talent but it could be their neighbours up the road in Urlingford, the Emeralds who may hold all the aces.

Kacper Woloczko, Killian Doyle and Darragh Queally are some of the key men for them who have been unlucky over the last number of years.

St Martin’s, who made the 2019 final, are another side to watch with talents like Jamie Morrissey, Ciaran Nolan and Tadgh Gill the players to keep tabs on.

Elsewhere Piltown, Erin’s Own (Castlecomer) and the 2018 Roinn B Feile winners Clara are all sides who’ll fancy their chances while Kilmacow and Fenians (Johnstown) have made progress over the last couple of years.

With such a strong field of contenders, it’s no surprise that many see this being an open championship. In keeping with most other years, you could throw the names in a hat and any one of them could win!

Story of the 2019 Under-15 Minor B Championship

Seventeen teams went to post in Roinn B. All eyes were on Tullogher-Rosbercon - would they land the title at the second time of asking?

Tullogher got off to a flyer in the first round, beating Graignamanagh.

Piltown and Tullaroan played an epic draw the first day before the men in the sash got the better of them back on home ground.

Erin’s Own and Emeralds caught the eye after the first round encounters, but Kilmacow were the first side into the semi-final when they beat Mullinavat by 1-12 to 2-7 thanks to a power-packed performance from James Walsh.

The big clash of the round saw Tullogher-Rosbercon and Emeralds all square for long spells.

The home side were in front for most of the game before Danny Glennon engineered a few late goals that saw the Rosbercon men home. Tullaroan had an immense battle with Erin’s Own before getting the result by five points while in Coon, St Martin’s had too much firepower through Jamie Morrissey and Cillian Dowling for Dunnamaggin.

In Tullogher, the first semi-final saw the home side beat near neighbours Kilmacow by 1-8 to 0-6. An early scoring burst by St Martin’s saw them get the verdict over Tullaroan in Coon.

On to the county final. The question was, would last year’s runners-up or the new kids block, who hadn’t been in a final since 2005, take the cup home.

After losing the 2018 final Tullogher-Rosbercon were staring at another defeat as St Martin’s came thundering back into the game in the dying embers with Conor Dooley equalising.

At that stage the Saints looked the likely winners but, in injury-time, Danny Glennon made sure the Duggan Steel Roinn B under-15 hurling title would be going south with a devastating 1-1.

Lar Murphy got the men clad in black off to the perfect start with a pointed free. Jamie Lyng added one soon after and could have fired his side further ahead but for a double save from Martin’s netminder Niall Shore.

Cillian Dowling settled Martin’s with a point after some fine play from Jamie Morrissey.

Dowling added a free thereafter. Conor Dooley nudged the Saints in front with a fine point before Glennon scored his first point of the afternoon.

The Tullogher tyro then booted home a goal to put them in front which was followed by a Jamie Lyng point and a Glennon free.

As the game swung towards half-time Martin’s came back into with a Dowling free. His cousin Ross Dowling tacked on a point to leave it a close affair at the break (1-5 to 0-5).

Jack Handrick had the first point of the new half with Ross and Cillian Dowling responding with quickfire points, but a long clearance from Lar Murphy saw Glennon get loose - he duly sent the green flag waving.

Dan Kennedy and Jamie Morrissey swapped points before St Martin’s came back into it with a hat trick of points through Cillian Dowling (2) and Adam Morrissey, with Glennon briefly lifting the siege with a point.

Again came the mighty men from the hills of North Kilkenny with Cillian Dowling leading the way with two points. They could have hit the front with goal chances for Keegan Morrissey, but were level when Dooley split the post with a fine point.

Cue Glennon’s intervention. Glennon, who was involved in a fine tussle with Tadgh Gill all afternoon, bagged that late haul of 1-1 to make sure the silverware was heading Tullogher’s way.

St Martin’s could take pride in their efforts, but they were just edged out on the day by a team who had been hurting from the previous year’s loss.

Having competed in Roinn A for the past two years, the 2021 Galmoy/Windgap Minors will participate in Roinn B. There are just four players on the panel who were born in 2004,hence this is a very young minor panel.

At under-15 level Roinn B in 2019, this panel of players played eight league games (won two, lost six), four challenge matches and one championship outing. That championship game was in Galmoy against Emeralds on August 22, 2019, when Emeralds prevailed on a 8-14 to 0-13 scoreline.

David Sherman is a member of the 2020 Kilkenny minor hurling panel. Galmoy/Windgap amalgamated at minor level in 2006 and have been together for all of the intervening 15 years.

Did you know?: Kilmacow were mentioned in an extract from the rte.ie history archives Kilkenny: the making of a hurling tradition:

“It would be football, not hurling, that would act as the initial driver of GAA activity within the county. The contrasting appeals of the two codes was underlined when, following the establishment of a county board to administer GAA affairs in the county, the first Kilkenny club championships were held in 1887.

“Whereas the hurling competition attracted an entry of just four clubs, 19 entered the football equivalent.

“And it was football of some quality: the winners of that local championship, Kilmacow - a team of ‘brawny countrymen’ from the south of the county - would progress to win the inaugural Leinster football championship, defeating the Blues and Whites from Wexford before 12,000 spectators in New Ross.”

How they got on at under-15 level in 2019: Winners of the Division B League Cup. Knocked out in the championship quarter-final.

This division was too strong for the team, but the players remained committed and optimistic and finished out the season to the best of their ability. They participated in some invitational tournaments and enjoyed those outings immensely.

How they got on at under-15 level in 2019: Roinn B championship quarter-finals.

Did You Know?: Two members of this year’s management, Tom McCormack and Andrew Hickey, played in three minor Roinn A county finals in a row (1993 to 1995), winning two.

How they got on at under-15 level in 2019: Beaten Roinn B finalists

Did You Know?: The club is unbeaten in underage knockout hurling championship games in Muckalee.

How they got on at under-15 level in 2019: The team were placed in Roinn A for 2019 as Clara had won the under-13 Roinn B Championship in 2018. However, with only two players up to age, the year was a struggle playing against older and stronger boys.

Did you know?: In 2019 the majority of the panel were part of the Clara teams the qualified for both the hurling and football Feile, becoming the first country team from Kilkenny to qualify for both in the same year.

How they got on at under-15 level in 2019: Things didn’t go the Glenmore boys’ way at under-15 level with the league and championship results going against them, but a great effort was put in all round. The team and management are hopeful for better things this year.

Did You Know?: Glenmore have achieved the most combined senior titles (hurling and football) of any club in the county with a total of 25. 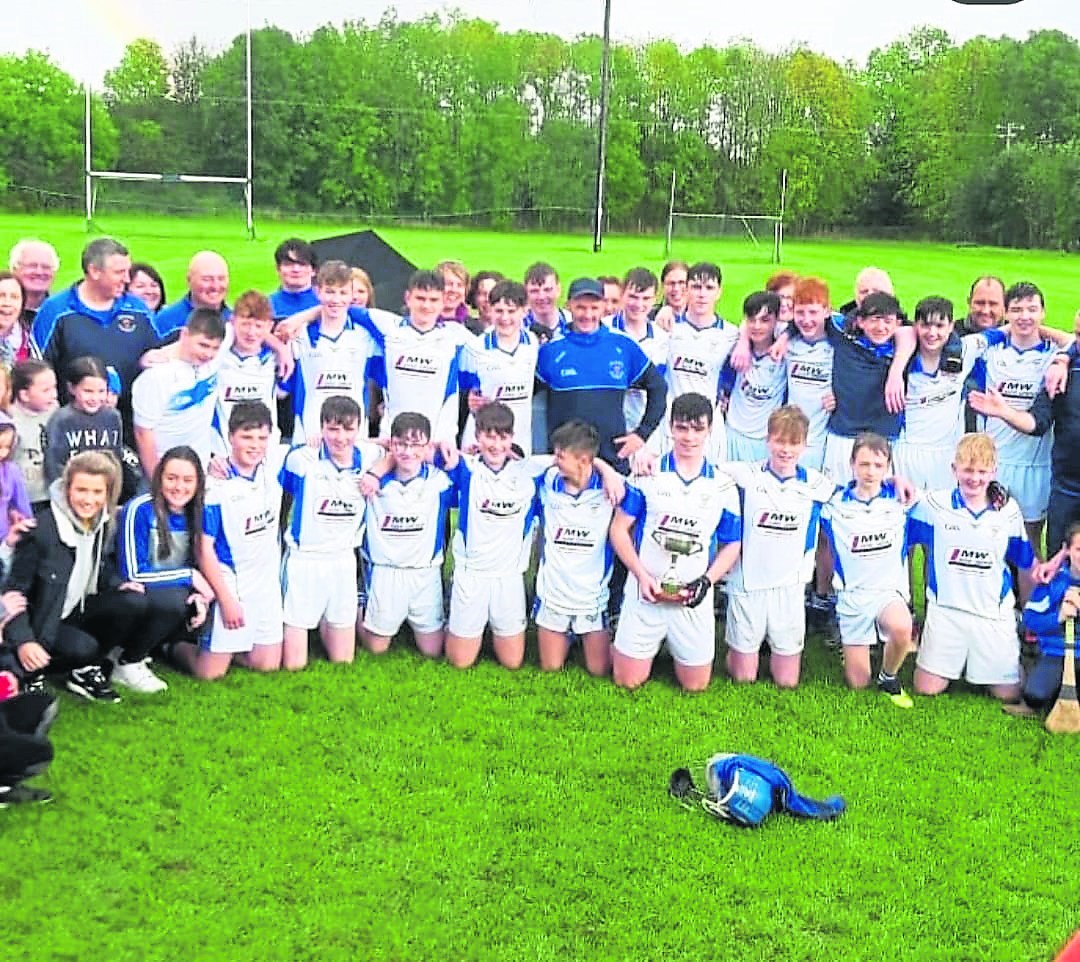 Sean Walsh as manger has a wealth of experience to give this team as a former player and coaching some of these lads in handball.

Derek Dungan, who has been involved with the Mullinavat senior team for a number of years, will bring a new perspective to this team. Jamie Power also brings a lot of experience as he was involved with these players two years ago at under-15 level.

Jeanette Fitzpatrick will assist with first aid and Covid-19 duties.

The minor team is very well looked after by the Juvenile Chairperson Willie Kelly and Juvenile Secretary Elaine Delahunty.

Anything the team needs in the line of equipment or anything else is always no bother to these two busy people. The juvenile club would be lost without them.

How they got on at under-15 level in 2019: In 2019 the team got to the Roinn B league final against The Emeralds. Some of the panel represented Mullinavat and Kilkenny in the Feile competition 2019 in Cork and got to the final of their group.

In 2020 all of these players were involved on the minor panel. This team did very well to have reached the semi-final against Lisdowney and got narrowly beaten in the end. This has given the current group of players the drive to go one step further this year.

How they got on at under-15 level in 2019: Unlucky to lose out in the county semi-final to St Martin’s.