The league is working well for Cody and Kilkenny 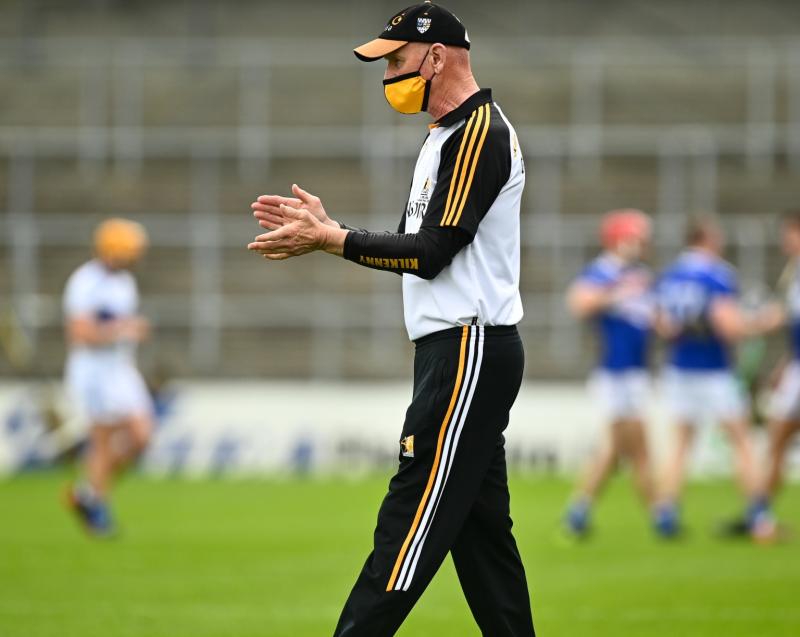 It was business as usual on the pitch as Kilkenny made it four wins from four in the Allianz National Hurling League.

A third home victory while welcome wasn’t without it’s issues either and Kilkenny boss Brian Cody was impressed with how Laois put it up to them.

“Laois are a very good team and we were all very aware of the players that they have and anyone that thinks otherwise is wrong,” he said.

“Obviously we wanted to win the game and we have won the game.

“We got a lot of game time into as much as the panel as we could as well and while it wasn’t a terrific display we are still walking away happy enough.”

Kilkenny were in control for the majority of the game but after leading by nine points at half-time they seemed to take their foot off the pedal in the second period.

Cody added: “You don’t expect to be in control of a full game as you can be guaranteed that teams will have their purple patches and Laois certainly had that but as I said they have plenty of quality in their ranks.”

Now that Kilkenny have confirmed their spot as division winners and with the possibility of no final taking place all attention will be directed towards the Leinster championship and the hope is that a few of the injured brigade will be back in the next few weeks.

Richie Leahy, Walter Walsh, Ciaran Wallace and Niall Brassil all returned to training recently and will be hopeful of getting some action against Clare next Saturday.

“There’s a reason a couple of players haven’t seen any action and that is injury with a number of players sidelined at the moment.”

“A few of them got back on the pitch the other night which we were delighted with and potentially some of them could get some game time next weekend.”

The game against Clare and the result will take care of itself and while there has been a degree of shadow boxing among teams thus far, Kilkenny have learned a lot in this league campaign and one more chance to try things out with tactics and experimentation is to be welcomed with open arms.

For the likes of team captain Adrian Mullen it’s another chance to get minutes under the belt as the main course of the year comes into view.

“We are very close to championship at the moment and everything right now is geared towards that and next weekend is perfect preparation in that regard,” Cody admitted.

“To go to Ennis and play Clare is a big challenge anytime of the year.

“Every year you play the league and regardless if it’s different this year or not you play to win matches and get as much game time into players as possible and so far it has worked out for us.”

Everything has gone to plan thus far, let’s hope it continues.