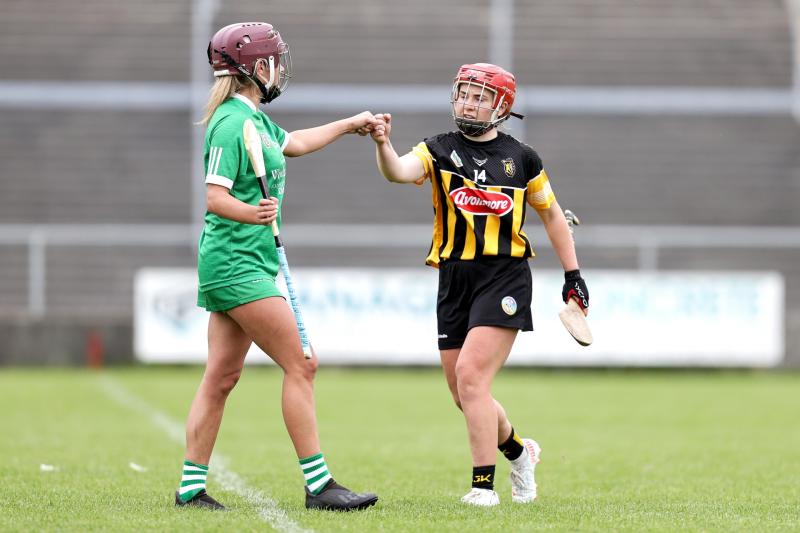 It was far closer than most will have expected but Kilkenny’s hopes of league glory are still intact after Saturday evening.

“Limerick are a very good team and they brought huge intensity to the game,” a relieved Brian Dowling said afterwards.

“Their workrate was massive and to be honest we couldn’t match it for long periods but we stuck at it and the goal in the second half was a huge score.

“We were probably lucky enough to get through in the end but we’ll take it.”

If it wasn’t for Limerick hitting a number of wides and Aoife Norris making a couple of great saves the result may have been different but the character in finding a way to win pleased the manager.

“We weren’t going too well in the first half and the goal kept the scoreboard ticking over while obviously the second one from Steffi Fitzgerald was huge for us but there’s days like that where you aren’t going to play brilliant and you just have to find a way.

“It was a league quarter-final but it felt more like a championship game with the intensity on show which the ref let go a good bit and I think anyone that was watching the game will have enjoyed it.

“We want as much games as possible and we are learning a lot about the players as it goes on and to be fair to the girls they showed their character at the end as we held on.

“Even our subs that came on made a huge difference as well.”

Kilkenny have used a vast amount of players in their three games thus far and regardless of results seeing new faces was the objective of the campaign.

“The league is all about building towards the championship for us and we want to give as many players game time as possible and there’s a few players who are starting for the first time this year and it’s key bringing them in alongside some of our more established stars on the team like Denise Gaule and Miriam Walsh but to be fair the likes of Kellyann Doyle and Niamh Deely they really stood up when it was needed and that was crucial.”