Could James Bond have played for the Cats? What club is celebrating a milestone for hosting tournaments? This week’s Minor Roinn C championship preview has all the answers! 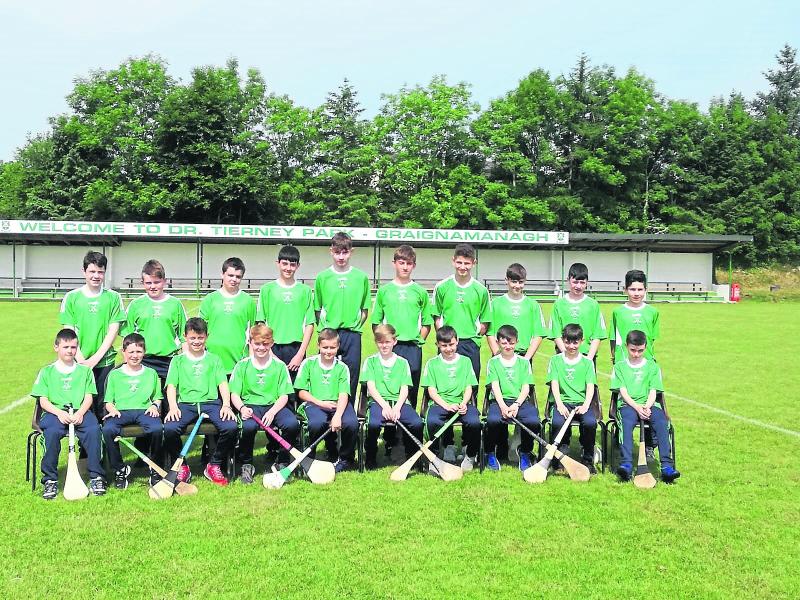 The county’s minor Roinn C championship has gone from strength to strength in the last number of years - nearly every year there is a surprise or two along the way.

Two years ago Fenians (Johnstown) came with an almighty surge and were not going to be denied the Roinn C title.

Among the standout sides in the running for honours this year will be St Patrick’s (Ballyragget), who have a number of underage county players - if they can bridge the age gap will be hard to stopped. However the Shamrocks (Ballyhale), Cloneen/Railyard and Dicksboro B are other sides with designs on the title.

Story of the 2019 Championship

The 2019 Roinn C championship was going to be every bit as competitive with as the 15 teams would have fancied their chances from the get-go.

Kudos to Young Irelands, who matched the city sides by entering a second team, but Mooncoin had a little too much in their locker for the Gowran contingent, while the Shamrocks and St Patrick’s had notable first round victories.

In the quarter-final Dicksboro B came unstuck against a very plucky Mooncoin side who never gave up and got on top near the finish to garner a deserved win. Lisdowney were equally impressive when outscoring Ballyhale Shamrocks, while Fenians and Cloneen/Railyard had wins over St Patrick’s and O’Loughlin Gaels B respectively.

Like the rest of the championship fare the semi-finals were tight and full of skill. Cloneen/Railyard had a goal to spare over Lisdowney while it took Fenians all their time to eventually get the better of Mooncoin.

What all this told us was they we were for a close-fought final - and that’s exactly how it played out!

The final saw the Fenians do battle in a pulsating contest against a well-drilled Cloneen/Railyard side.

Deep into injury-time, the Fenians found themselves behind by two points but, in wintery conditions, they made one last ditch attempt to rescue the game.

Captain Padraig O’Grady won a hard ball deep in the Fenians defence. Making a burst up the field he played a diagonal ball to Cathal Phelan, who had only been placed at full-forward just minutes beforehand.

Phelan made a superb catch, but fell. Luckily he had presence of mind to hand-pass to corner-forward Regan Downey who took up a great position.

Gaining possession he side-stepped his man and blasted the sliotar out of reach of Sean Geoghegan Moffitt in the Cloneen Railyard goal.

The roar went up. The Fenians had, as they have done so many times before, snatched victory from the jaws of defeat.
It was a very tense affair overall and did not have the open free flowing hurling which both sides produced in an enthralling league final decider a few weeks earlier in Freshford.

Cloneen /Railyard, playing against the wind in the first half, made all the running and started brightly to go 1-1 to 0-0 up after eight minutes.

The game ebbed and flowed, with both sides missing scoring opportunities throughout the first half, but the tie was evenly poised at the break (Cloneen/Railyard 1-3, Fenians 0-6).

The second half was played in a similar vein, but the main action stayed between the white lines and the endeavour of both sides must be commended, with the honesty of effort outstanding from the two teams.

Entering the final few minutes there was never more than a puck of a sliotar between the teams, but again both sides missed chances to take a firm grip on the game before this evenly contested final finished in a welter of excitement.

Both teams gave it their all and produced a game worthy of a county final. Best for Cloneen/Railyard side were Jack Dinnegan, John Brennan and Liam Walsh, Harry Roche, while special mention went to the hard running Shane Buggy and Cian Mooney.

For The Fenians Daragh McCormack, Rory Garrett, Billy Garret, Jerry Henderson, Padraig O’Grady, Tomas Sharkey and Cathal Phelan impressed. A bright future is in store for a lot of players on view if this game was anything to go by!

How they got on at under-15 level in 2019: After a mixed league campaign, where the team finished mid-table, the ’Shock lost out to Cloneen in the first round of the championship.

How they got on at under-15 level in 2019: After finishing third in their group in the league Lisdowney were beaten in the semi-finals of the championship.

Martin, who was a member of the school team which won the St Kieran’s League in 1956 (he scored 3-2 in the final) went on to have a great career as a stuntman in Hollywood.

Only eight players are at the under-17 age group, the balance is the under-15 team. Of that eight only five are actually turning 17 this year.

The Shamrocks have struggled with numbers at every age group over the years with this same group.

How they got on at under-15 level in 2019: Beaten in the semi-final by Kilmacow, they were also beaten in the final of a Leinster Developmental League.

How they got on at under-15 level in 2019: Conahy secured a spot in the Roinn C county final. Yhey put on a great display and fought to the end, but were beaten by Ballyhale Shamrocks on the day.

Did you know?: Conahy Sarsfields (the club’s name at the time) won the senior football championship in 1947 - the club’s only senior title.

How they got on at under-15 level in 2019: Reached the quarter-finals of the Roinn C Duggan Steel hurling championship.
Did you know?: St Patrick’s Bord na nÓg run the annual Phelan/Stone Tournament, one of the largest juvenile hurling tournaments that hosts representatives from every province in the country.

One of its founding sponsors, James Phelan, was the first All-Ireland medallist from Ballyragget. The second surname in the tournament’s title, Stone, is in honour of Benny Stone, who died tragically in 2000.

It has been successfully running for 25 years. All hope to have many more years ahead.

How they got on at under-15 level in 2019: Beaten in the first round of the championship by St Martin’s.

How they got on at under-15 level in 2019: In 2019 this Graig team had a good league, winning five and drawing one of their eight games