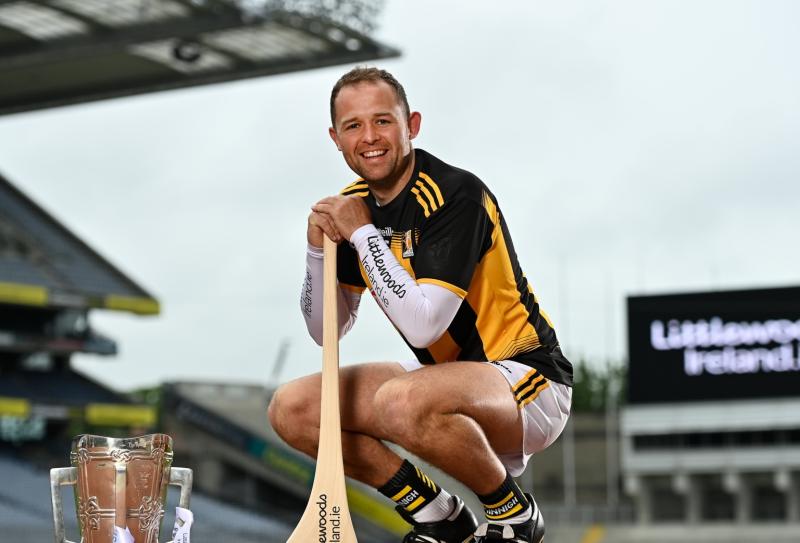 adraig Walsh of Kilkenny in attendance during the launch of the Littlewoods Ireland Camogie Leagues Finals and All-Ireland Senior Hurling Championship at Croke Park in Dublin. Sam Barnes/Sportsfile

When it comes to hurling and camogie there is barely a household in the country that matches the Walsh's in Kilkenny.

Padraig is fresh of a league campaign where he led the line at centre back as Kilkenny finished top of Division 1B and we all know the impact older brother Tommy had in a black and amber jersey but when it comes to recent All-Ireland glory, sister Grace and cousin Miriam are leading the way.

Both Grace and Miriam were part of the Kilkenny side that defeated Galway in last year's All-Ireland Camogie Final and they will be back in Croke Park this weekend looking for more silverware when they face the same opposition in the Dvision 1 League decider.

Padraig was nominated for an all star after Kilkenny landed a Leinster Hurling Title last term but his female relations went one better as Grace and Miriam both picked up their second individual award at the end of a rewarding season and the Tullaroan supremo has been very proud of their achievements.

"You'd be a little bit jealous of them now as they've won an All-Ireland a lot more recently than we have and last year was a great year for them".

"They've had a very competitive league so far and I watched a couple of the games and they were very close with Dublin and Limerick before the Tipp game last week so I'm sure they are delighted to be in a league final and they are playing Galway who are one of the the top teams in the country so hopefully it goes well for them", Walsh said at the launch of the Littlewoods Ireland Camogie Leagues Finals and All-Ireland Senior Hurling Championship.

"It's great that it's on RTE Sunday evening and you'd hope a lot of people watch it and obviously you'll have a bit of a crowd there aswell so hopefully they can build on the last few games and get one over Galway."

Padraig and his Kilkenny hurling teammates will be looking on with much intrigue as they will be hopeful of having a decent crowd in attendance at their Leinster Semi-Final on July 3 against either Wexford or Laois as Sunday's camogie final trials a crowd of 3,000 at GAA HQ.

"We got the taste of a couple of hundred people attending in Ennis for the Clare game but they will have 3,000 which means it will be a lot louder and please god it goes well so by the time we are playing championship we will have a good few people at our games too."