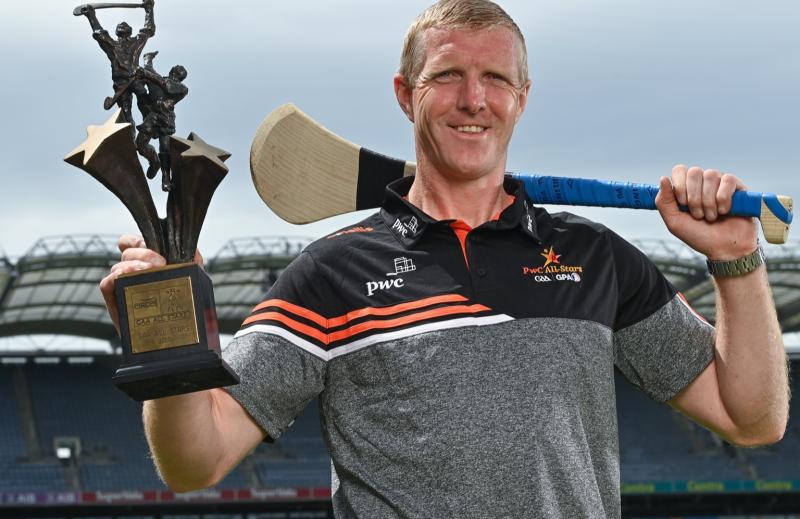 The regular series of the Allianz National League has come to an end and despite Kilkenny going down to a final round defeat against Clare last weekend, Henry Shefflin sees plenty of promise in the current side.

“I think the league has been a positive for Kilkenny as they’ve had an opportunity to try a bit of variety in their play” he said, speaking at the launch of PWC’S celebration of the 50th anniversary of the All-Stars.

“You could see that against Wexford when they held a solid defensive unit and sprayed ball from one side of the stand to the other. We wouldn’t have seen that from Kilkenny previously so I think they have improved that style of play.

“New players in Darragh Corcoran and James Bergin have been given their chance while the injured players from the beginning of the year are on the way back with Richie Leahy and Walter Walsh returning,” the 10-time All-Star added.

“TJ Reid has been given breaks in games which I think is good as well and then Adrian Mullen is improving so the collapses of last year are gone out of the system. There’s more to work on too as they conceded three goals against Antrim and another four last weekend, but I think that’s the way Brian Cody will like it as there is a lot to work on and in the overall context they are going well.”

The addition of Conor Phelan as a selector and a couple of collapses in last year’s championship has forced the Cats into bringing a changed style of play in 2021 and former 10-time All-Ireland winner is all for it.

“Kilkenny can still play the ball direct and are very good at it but I just think they are a bit smarter when they are coming up against teams tactically set up like that,” he said. “It takes time to get that gameplan working.

“It’s not revolutionary or anything, but before some Kilkenny teams may have stuck with the one way of playing. That has changed now with both the players and management implementing it.”

On the subject of a changing game, the Thomastown manager still feels something may have to be done with the sliotar over the next few months even if the play on the field has improved over the last few weeks.

“The standard of hurling has improved in the league as the weeks have gone on with the fare getting better and better and with crowds returning that will only add to things,” he said.

“I still think the sliotar is travelling too far though. We’ll see what happens in that regard at the end of the year. The concern is that scores are a lot more prevalent now than they used to be and it’s something the GAA are right to look at because the ball is definitely travelling a lot further.

“Whether that is as a result of the players conditioning I don’t know but I’m not sure the game is the spectacle it should be at the moment.

“I wouldn’t want anything radical either so we’ll just wait and see what comes out of the GAA’s suggestions.”

When it comes to Kilkenny hurling Shefflin has seen and done it all so when he throws out praise you sit up and take notice and that looks the case with seasonal debutant and Shamrocks clubmate Darragh Corcoran.

“Darragh is going to be a fine player and I probably shouldn’t use these words but he’s going to develop into an athlete at the similar level of Michael Fennelly.

“That’s the type of rangy style that he has and of course he has a lot to do yet but he’s that size and his hurling has improved a lot.”

Shefflin added: “He wouldn’t have stood out in underage hurling for Kilkenny but he has put in a lot of work and he has a great attitude.

“He’s still only 20 years of age too so he has a big future ahead of him and he’ll do well and he’s with the right manager to develop him.”

Corcoran, who had a breakout league at wing back where he started all five games, is one of a number of Shamrocks players on the Kilkenny squad currently and despite Colin Fennelly’s absence they will be hoping to make an impact this summer especially team captain Adrian Mullen.

Mullen did his cruciate ligament last March and he missed out on all club and county action for the rest of the campaign so he has been eased back into the Kilkenny team this term and he showed his most impressive performance to date last Saturday in the time he was on the field and Shefflin believes he can return to the form he was in when helping the Cats to an All-Ireland Final appearance in 2019.

“Adrian is very young to be captain but he’s used to the pressure of it all as when he was underage he was a targeted man and he’s managed that with a good head on his shoulders.

“I don’t even think he’s looking at the captaincy he just knows he has to regain his form and that’s what his main focus is as the injury is in the rear view mirror for him.

“Getting himself right is the key and that’s what any good captain does but for one so young I’ve been very impressed with him and he knows the league was a work in progress and he improved drastically over the course of the games and that’s exactly what he needed so hopefully his hamstring is not too bad and he’ll be ready to go in a few weeks time.”

From the outside looking in there is a view that if you stop TJ Reid you stop Kilkenny but with the championship on the horizon the All-Star record holder thinks there are players there with the ability to help offset the load on Reid.

“Eoin Cody was very impressive last weekend and along with Adrian Mullen they look to be the upcoming stars in the Kilkenny forward line and they are getting the benefit of playing with TJ at the peak of his powers so they are seeing what it takes to get to his level,” Shefflin said.

After a bit of discontent last winter in some avenues Shefflin is fully confident Brian Cody is still the right man for Kilkenny as we hit championship season.

“You just have to look at Brian’s record over the last few years, he’s won a Leinster title and a National League with what is regarded as a less talented side than went before so there’s no doubt that he’s the right man for Kilkenny at the moment.”