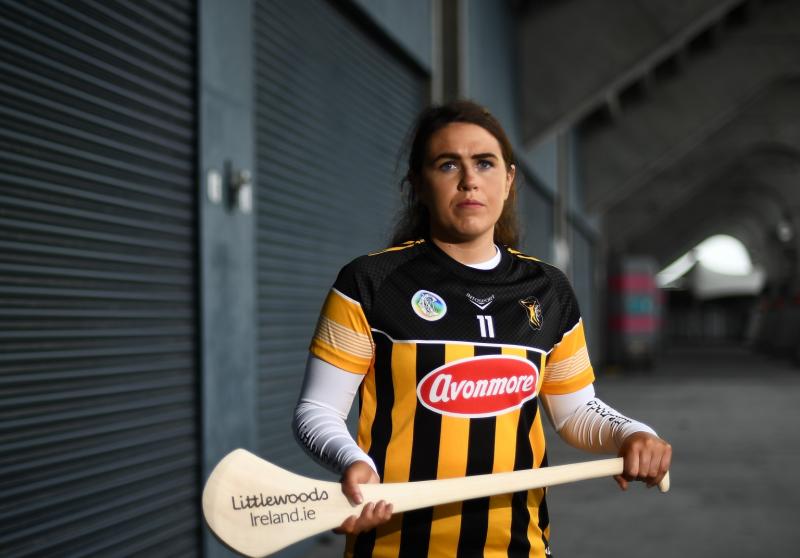 It's another big Sunday in Croke Park for the Kilkenny camogie side as they take on Galway in the league final and for one of their players it has been a bit of a whirlwind year or so.

Tullaroan's Miriam Walsh was scheduled to get married to fiance Noel in 2020 but lockdown put a pay to those requests and with camogie taking over in this changing covid landscape a date has yet to be added for the duo.

"I was supposed to get married last year and the same this year so we are constantly changing it and there is no panic or no pressure and he knows camogie comes first in my world."

"He's ok to wait and he plays hurling with Freshford so he gets it and is busy with that too and we understand each other's commitment and we will tie the knot when the time is right", Walsh said.

On the camogie side of things it's been a great year for Walsh as she helped the Cats win back the All-Ireland title as well as collecting her second all star award and she's been one of the leading lights in the Kilkenny attack thus far in a stuttering league campaign.

Walsh's experience has shone through and that's something the whole squad are working on with regards leadershp.

"Last year's win has given the squad a lot of belief and while there is a lot of pressure on us we are very motivated to keep winning and we know we have to go up a level if we are to achieve success."

"It's probably the first time I've been told I'm a leader and there's the likes of myself, Denise Gaule, Collette Dormer, Davina Tobina and the Doyle sisters who are all young but are driving forward in their actions on the field".

Although ticket sales have been realtively low thus far, a crowd of up to 3,000 are permitted to attend tonight's game and it should give the final an extra bit of added importance while the fact that the game is being televised is important for the sport of camogie.

"It will be great to have a few spectators at the game and with it being on RTE it's a great boost as camogie players", Walsh added.

"We work as hard as the lads so it will be nice to get that recognition and hopefully a lot of people can tune in."

"For TV Viewers it's at a nice time on a Sunday night and you'd like to think a lot of people will have a look at the game".

Galway are Kilkenny's opponents at GAA HQ and with the league failing to conclude in 2020, the team in the west will be looking to win back to back league crowns and Kilkenny know exactly what's awaiting them.

" It should be a brilliant game and whoever performs on the night will come out on top, we will have it all on to beat them as they looked really good against Cork in the semi-final last week but we will give it our best shot".